Home Tour: 1885 former livery stable in OTR has been transformed into an architectural marvel

You can visit it during Holiday Tour 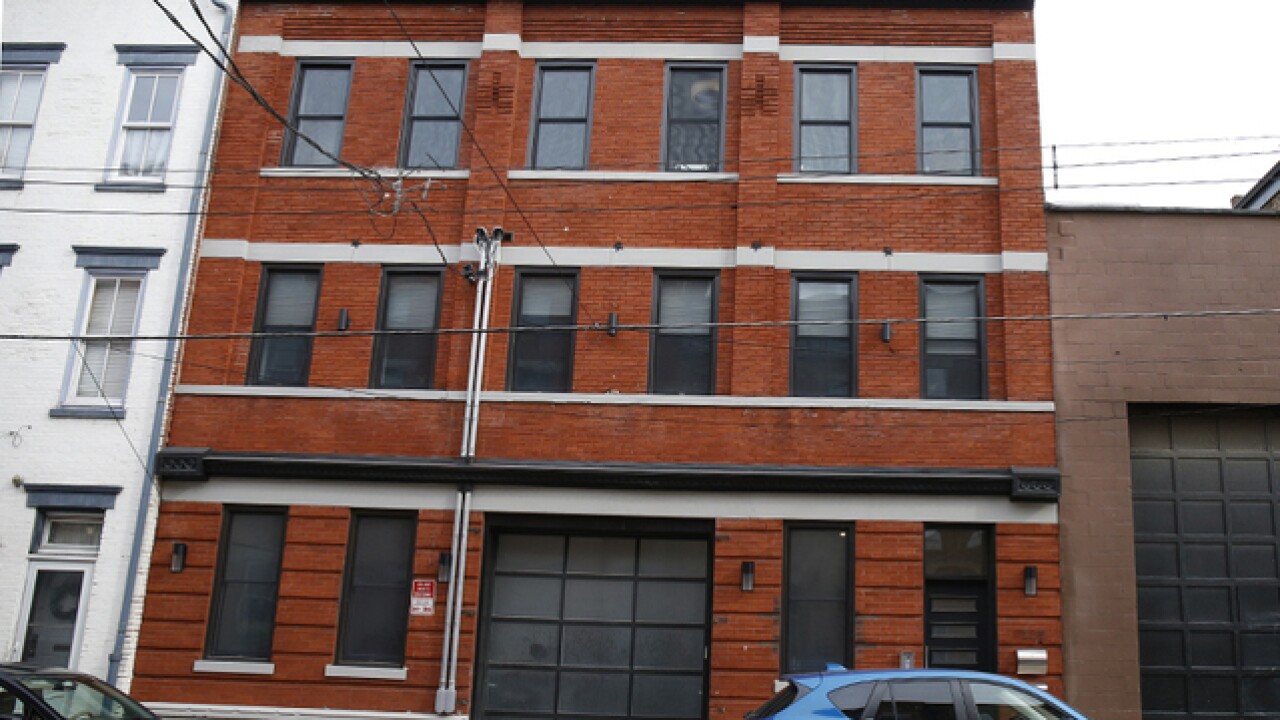 Copyright 2017 Scripps Media, Inc. All rights reserved. This material may not be published, broadcast, rewritten, or redistributed.
Gary Landers | WCPO contributor
<p>Behind the facade of this Over-the-Rhine home is an architectural masterpiece.</p>

CINCINNATI -- The folks at Architectural Digest should check out Jack and Martine Ryan's place in Over-the-Rhine. It has the "wow" factor the magazine features.

The Ryans' stunning, 6,000-square-foot, certified LEED Gold home is the product of four creative minds coming together as one.

Then there's Jack Ryan, a Staten Island-born and reared New Yorker and career Procter & Gamble engineer/executive with the kind of pragmatic skills required to co-manage his first new-build home.

Last but not least is Martine Ryan, an artistic Frenchwoman and long-time director of business affairs at the University of Cincinnati whose love for the European-city lifestyle steered the 2014-married couple away from the northern suburbs toward Over-the-Rhine.

Together they created a bright, sleek and spotless living space that will be open to the public during the fourth annual Future Leaders Over-the-Rhine Holiday Tour, 6-9 p.m. on Dec. 1 and 3-6 p.m. on Dec. 2. (Tickets are $25 online.)

When the Ryans purchased the 1885-built former livery stable and warehouse from 3CDC in the fall of 2014, it had a new roof, but years of leaking water had rotted its interior timber and damaged about 30 percent of its masonry.

The three-story building had to be gutted, fortified with steel beams, re-bricked, rewired and re-plumbed. Beyond that major work, the biggest challenge was how to bring in more natural light. The resulting floating steel and hickory veneered staircase that climbs a three-story central atrium solved that problem and set the stage for the home's Architectural Digest-quality design.

"Before we put the staircase in, I wasn't sure how it was going to turn out, but we were really a team," said Martine, whose major role was as interior decorator and designer. "Jack is very P&G. He would say, 'Just give me three options,' and he would give me feedback. Then it was boom, boom, boom. I got great feedback, so it was very easy."

The unique staircase was an engineering feat pulled off by Gunther, Hueber and contemporary fabrication specialist Burt Aarsen that even wowed Jack. The way it is part of the overall structure of the house and integrated into the living space and four-story elevator is ingenious, he said.

Guests of the Ryans' marvel at the at the height of the atrium, which Jack said he thinks is about 40-45 feet. Its roof supports 20 solar panels that provide up to 50 percent of the house's electricity throughout the year.

"All I know is that if you drop a pepper grinder when you come out of the (rooftop) veranda, it's going to break," Jack said.

All walls but a gray one that picks up the color of an adjacent, 8-foot-high, 12-foot-wide storage cabinet are white. Sliding glass barn doors designed by Aarsen are frosted and outfitted with white hardware.

The interior flooring is made of lightly-whitewashed, clear hickory, and the Martine-designed kitchen cabinets are light quarter-sawn oak veneer, or white, built by Don Justice. Countertops are either white or black quartz and the appliances are stainless steel by Wolf and Sub-Zero.

Martine, forever the modern European, made those material choices. Large wall spaces in the atrium and kitchen allow her plenty of space to display her own colorful, abstract oil paintings as well as works she purchased, mostly in Old Montreal and Cincinnati.

Two of the largest pieces are chalk-on-paper drawings by local art students created the year rain forced CliftonFest to move its street artists inside. One is a reproduction of  "La Mort de Marat" by Jacques-Louis David. The other is in the style of Mexican muralist Diego Rivera.

Team Ryan began the blank-slate project in November 2014 and finished in July 2017. Visitors enter the home through a secure door into a small vestibule with doors leading to the garage, apartment and house.

Guests get their first glimpse of the massive atrium halfway up the stairs to the first floor of living space, which houses the kitchen, dining room, living room, bathroom, master bedroom and covered porch.

The kitchen, with its 18-foot-long island and tall cabinets, is everything Martine wanted, and it is fit for chef Jean-Robert de Cavel, who grew up in the same Northern France town -- Lille -- as she did.

"Jean-Robert was the first to cook in this house," she said. "He came in and was amazed. 'My gosh, what a kitchen,' he said. But we had to figure out how to use the oven.

They did, and the dinner was a success, as was the 70-guest affair she hosted on Bastille Day in mid-July and a sit-down Thanksgiving dinner in the dining room for 24.

"It's simple and clean, just what I wanted in a kitchen," she said. "That's what you want when you get older -- crisp, clean and light. It's uncluttered, and everything is on hand behind the cabinet doors. It has everything I need, and I need a lot."

Forever the engineer, Jack said he is impressed with the lighting in the kitchen and dining areas, which is recessed except for the three-ring, space-age chandelier over the dining room table that was selected by lighting specialist Steve Probanz.

"I think it beams you to a different dimension," Jack said. "The first time I saw it I said, 'We're building another Starship Enterprise.'"

As in the kitchen, Martine got what she needed in her 200-square-foot, walk-in closet that's more than four times the size of her husband's. And the master bathroom features a long, double-sink vanity, large walk-in shower, porcelain flooring and accent wall and 7-foot-high storage cabinetry with eight doors.

The master is separated from the porch by a wall of windows and a glass door that lets in the city sounds -- Martine especially loves hearing all the church bells -- and breezes. The porch has an overhead heater and four ceiling fans, making it usable for 10 months out of the year, Jack said. Its brick walls are 15 inches thick, railed and open to the elements where five large windows used to be.

Upstairs are three guest rooms and a painting studio. One of the rooms is dedicated to guests. The other two, which feature frosted glass barn doors, are sitting and office spaces with modular furniture that converts into beds for extra guests.

Up on the roof

The showcase space in the Ryans' home is the rooftop veranda, which is covered on the east side and open on the west side. It features 360-degree views of Over-the-Rhine and beyond to Downtown and Mount Auburn.

"This is where we spend a lot of our time because, even when it's raining, you can be here," Jack said.

Martine said being on the veranda takes her back to her roots.

"All the tops of the roofs here, they look so Parisian. I feel like I'm in France," she said.

The fleur de lis decorative shield at the top of the roofline facing their street heightens that feeling.

"We didn't even notice it (during construction) until we got up here on the rooftop for the first time," she said. "It was meant to be."