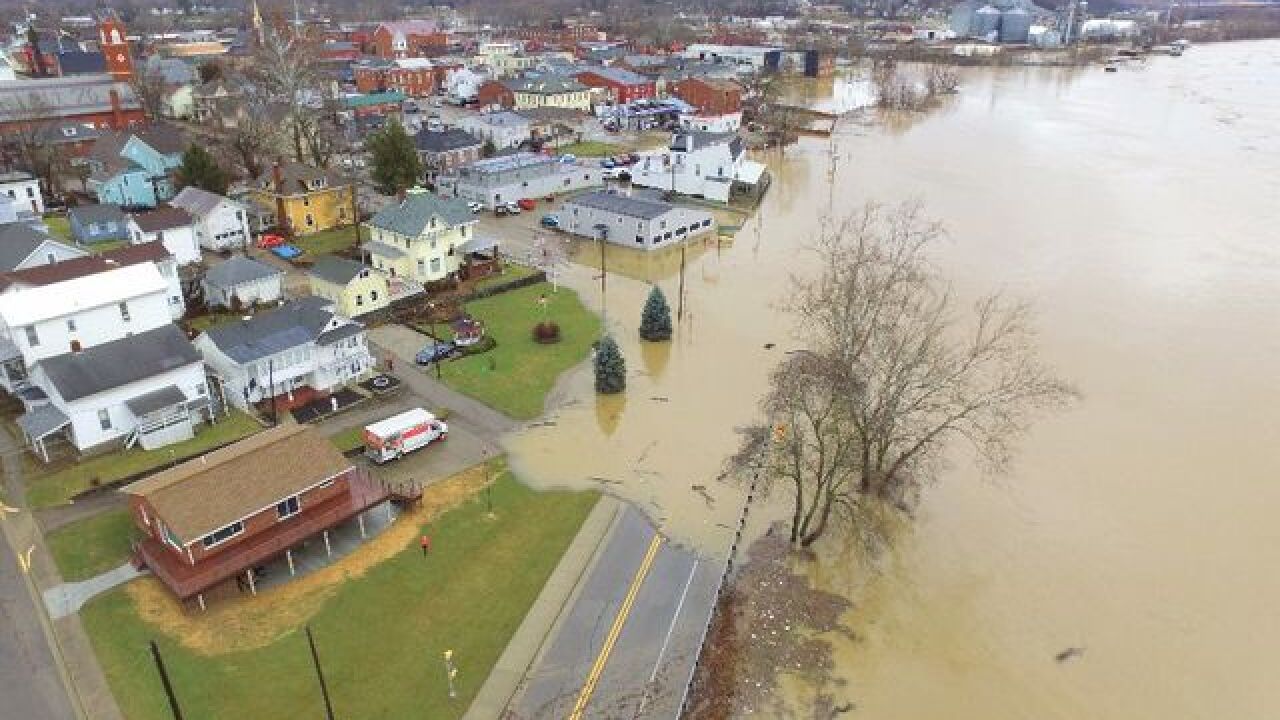 Ohio Gov. John Kasich declared a state of emergency Saturday for 17 counties along the Ohio River and in the southern part of the state. The move allows the use of state resources in response to widespread flooding across the region.

"As the weather and flooding is expected to get worse, we're staying ahead of things by taking our readiness up to the next level and declaring an emergency where we expect the worst conditions," Kasich said in a statement. "We'll quickly add to those areas as it’s needed."

Kentucky Gov. Matt Bevin issued a similar declaration for all of the commonwealth Friday evening.

Many individual communities also issued declarations of emergency or disaster as floodwaters rose:

"City management and emergency personnel have been closely monitoring the flooding conditions in an effort to ensure the health and safety of (Covington's) residents and citizens," a Covington spokesperson wrote in a news release.

Ludlow Mayor Kenneth Wynn declared a state of emergency Saturday in the interest of "protecting the health, safety and welfare of the residents of the City of Ludlow."

Dearborn County commissioners issued a declaration of disaster Friday afternoon "until further notice." A number of roads are closed, and the county is under an "Orange Travel Advisory" -- meaning people should only drive if absolutely necessary, such as for work or emergencies.

The New Richmond Village Council declared a state of emergency Thursday. In the document issuing the declaration, the council directed emergency personnel to "exercise utmost diligence" in responding to the flooding and residents to cooperate with authorities.