From The Vault: Flood of 1997 was disastrous, deadly 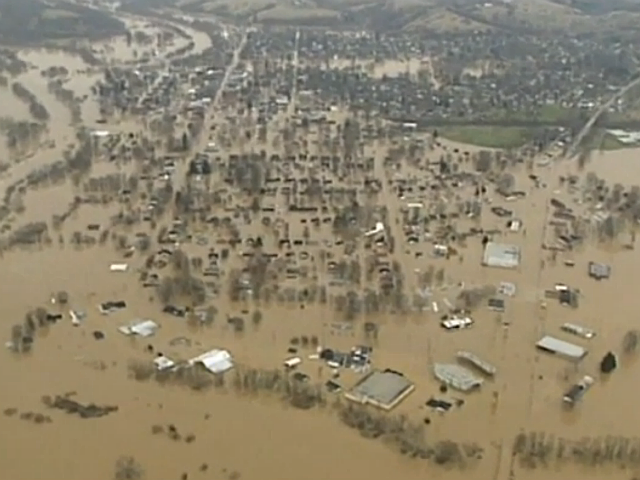 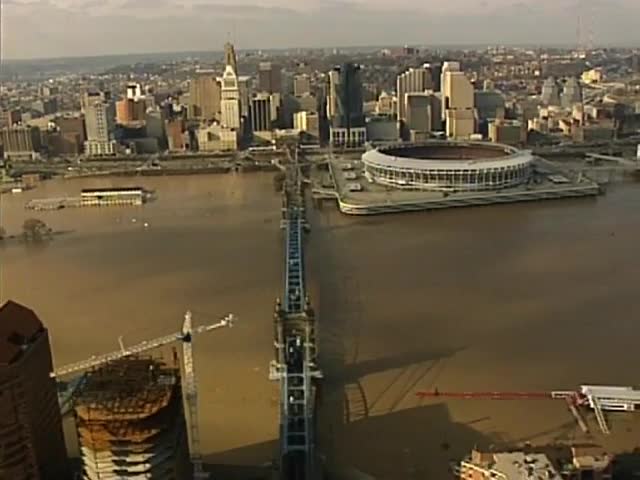 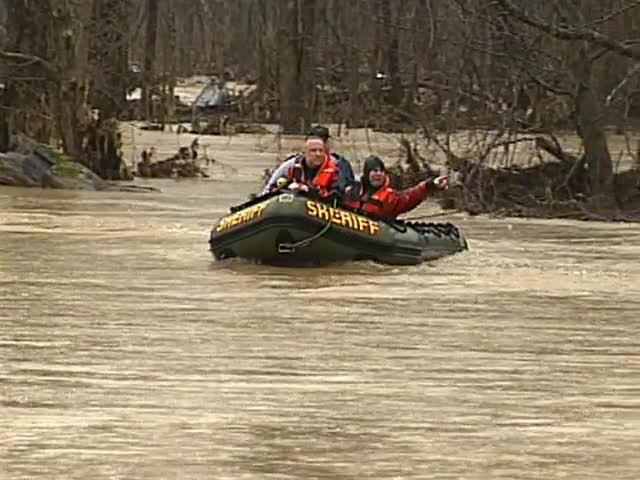 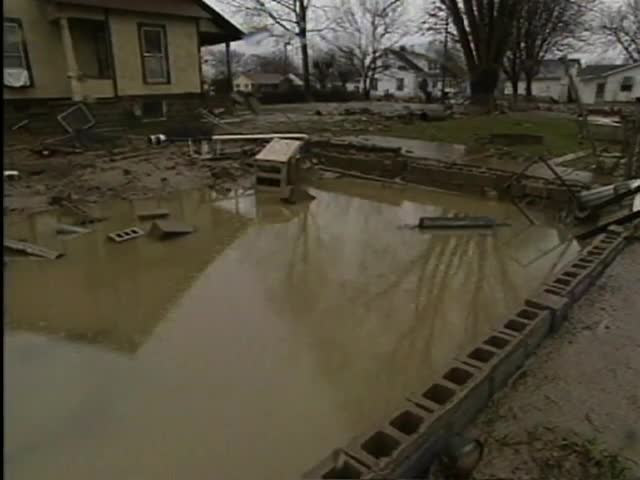 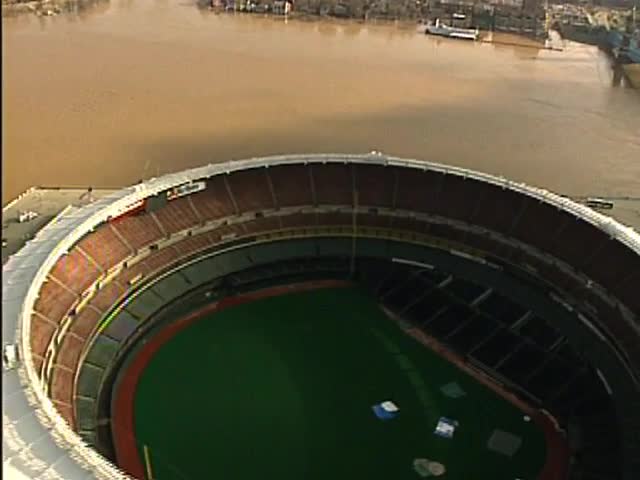 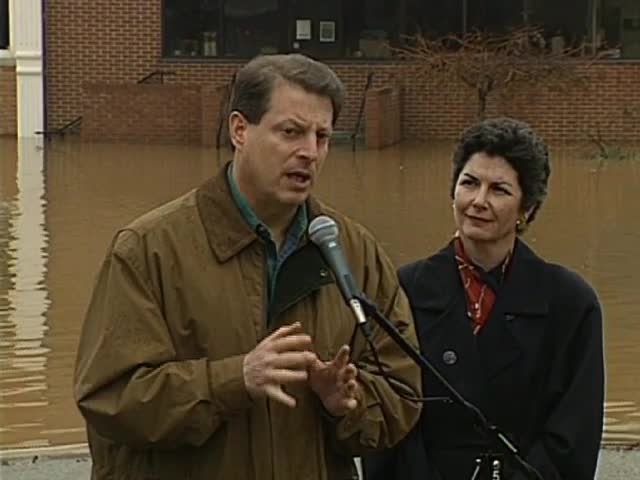 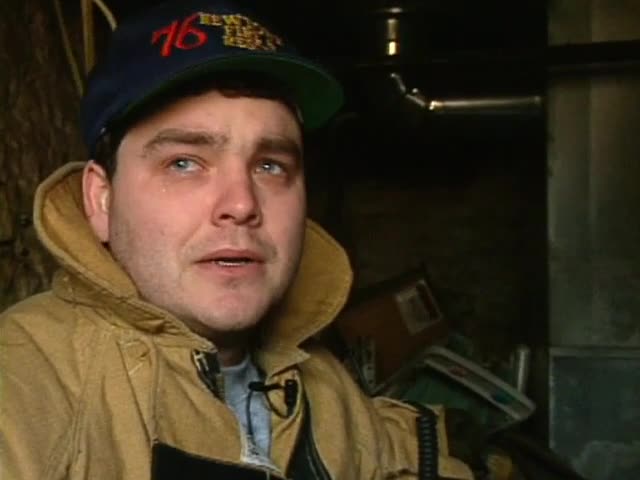 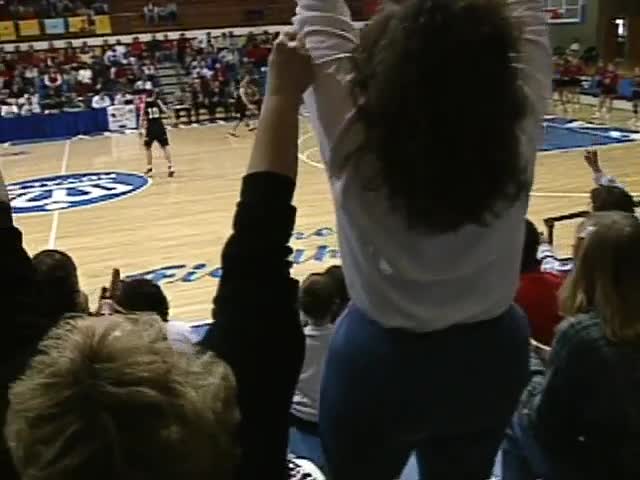 CINCINNATI – When it started raining early on Saturday, March 1, 1997,  there was no sign of danger, no foreboding. But then, in a biblical sense, it seemed the rain would never stop.

Thunderstorms that stalled over the Ohio River Valley dropped up to 10 inches of rain that weekend over the eastern and southern edges of the Tri-State – particularly over Adams County, Ohio, and Pendleton County, Kentucky.

Eight people died in the flooding that followed along the Ohio River to Indiana and on the Licking River into Northern Kentucky, where floodwaters nearly covered two towns.

East of Cincinnati, fast-rising creeks and streams overflowed and flooded rural Adams County. The rain pushed Ohio Brush Creek to its highest peak (27.9 feet) and it swept away mobile homes and small houses. Boats had to rescue people stranded in their homes. More than 175 families were affected and more than 300 people sought emergency shelter in schools.

In Kentucky, flooded creeks rapidly raised the Licking River over its banks, swallowing almost the whole towns of Falmouth and Butler.

While the flash flood receded within 48 hours in Adams County,  the Licking River kept rising and rising until it reached 52 feet – 24 feet over flood stage - on Sunday evening.  By then, 80 percent of Falmouth was under water. Most of the town’s 2,700 residents had to be evacuated.

When waters in Falmouth were gone, firefighters and the National Guard went door to door to check on residents - using a crowbar to break in when necessary. One Guardsman just happened to check on his parents' house - the one he grew up in.

"It's going to need some work," he told WCPO.

When rescuers determined a house was empty, they tied a red ribbon around the door knob. When they found a body, they tied a black ribbon.

There were five deaths in Falmouth, two in Adams County, one in Brown County. The Falmouth victims had returned to their homes after being evacuated - apparently without realizing the magnitude of the danger. In Adams County, a teenage boy was swept away by the raging waters, and a woman visiting the area with her husband died after their car got caught in the water. They hung onto a tree for about an hour, a rescuer said, but the woman was swept away minutes before rescuers arrived.

At first, the flood seemed to be happening around Cincinnati, not at Cincinnati.

The city got about 3 inches of rain that weekend. The Ohio River seemed slow to rise, except in low-lying places like Coney Island and New Richmond. But the runoff from upriver eventually flooded the riverfront from one end of the city to the other. When floodwaters finally made their way downtown, they surrounded Cinergy Field on three sides and covered Sawyer Point and Bicentennial Commons. They also covered Pete Rose Way, temporarily putting the bars and produce warehouses there out of business.

Hundreds of gawkers came to the stadium plaza to see the flood. It was just three weeks before Opening Day,  and the city had just installed a new turf field to the tune of $2 million. The field would have been under 6 to 7 feet of water if not for the floodgates and a 1960s system of 16 giant pumps that  pushed the water back and kept the field dry. Otherwise, county leaders might have been discouraged from following plans to build Paul Brown Stadium so close to the river. During the flood, the new stadium would have been sitting in 4 feet of water.

Across the Ohio, floodwaters nearly covered the city of Bellevue, but Dayton next door was spared thanks to its floodwall, built in 1981 after the city got weary of flooding.

The river crested downtown at 64.48 feet on Wednesday, March 5. While that was 25 1/2 feet lower than the record 1937 flood, it still was the ninth highest crest here and the highest since 1964.

On the same day, Vice President Al Gore came to town and visited some flood victims. He and Mayor Roxanne Qualls held a news conference at Third and Walnut with the floodwaters lapping at their feet. Gore even dabbed his boots in the water, then promised federal aid for the Tri-State.

In each flooded town, people pulled together to help each other. But sometimes their effort wasn't rewarded.

Flood of 1997: Newtown rescuers victims, too

After volunteers for the Newtown Fire Department worked for days rescuing hundreds of people from the flood, two of them came home to find their own homes flooded. One broke down in tears when he explained to WCPO what he had lost. A third Newtown firefighter was threatened with being fired from his full-time job for missing time while helping flood victims.

Even with all the heartbreak in Falmouth and Butler, townspeople filled the high school gym to cheer for the Pendleton County boys basketball team, playing in the region final for a berth in the Kentucky Sweet 16. It was a nice diversion, many of them said.

Another nearby river town, Aurora, Ind., was also flooded. About seven downtown blocks were covered by water.

In all there were 24 flood deaths in Ohio and 17 in Kentucky. Total flood damage was estimated at $400 million.