Popo in 9: Today in 1970, Hank Aaron made history against Reds 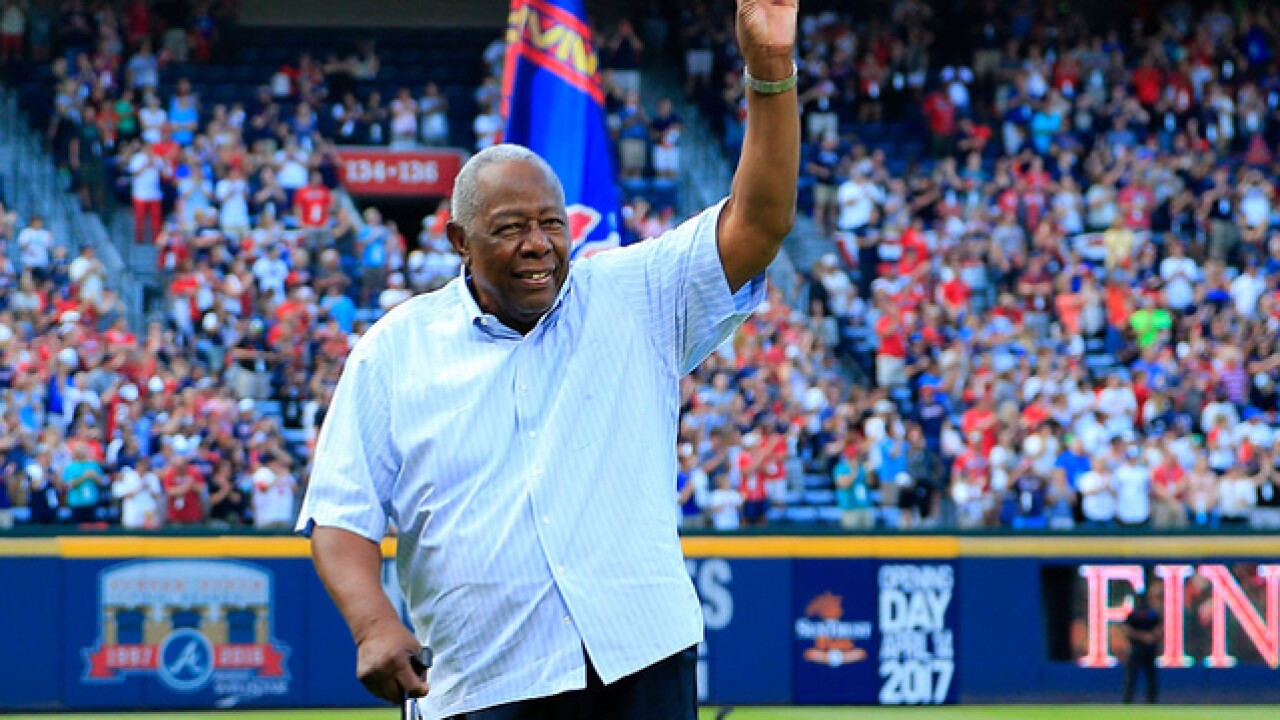 CINCINNATI -- Happy Thursday! It's May 17, and here’s a notable starting point.

On this date in 1970, Hank Aaron got an infield single off the Reds’ Wayne Simpson for his 3,000th hit. That was at Crosley Field. You’ll recall that Aaron also tied Babe Ruth with his 714th home run at Cincinnati’s Riverfront Stadium in 1974.

Here’s some things worth knowing as you start your day. These won’t make you richer or better looking, but they might come in handy in meaningless office conversation.

1. The Reds left San Francisco with a 6-3 victory and a winning road trip. Wednesday’s victory kept the Giants from sweeping the series. Adam Duvall and Scooter Gennett both hit home runs, and Matt Harvey gave the Reds another four-inning performance. He finished strong, striking out the side in the fourth.

2. The game featured two really terrific defensive plays by the Reds. Adam Duvall went streaking to left-center field in the first inning to take extra bases away from Pablo Sandoval. Then Scooter Gennett made a truly remarkable play in the sixth when he split between two other Reds in catching a pop fly to end the inning. Scott Schebler was coming hard from right, and Joey Votto was fading out from first. But Gennett skipped in between both of them and made the catch in full stride.

Said Gennett: “Scheb’s probably not on my list of guys I’d want to collide with. He’s a pretty built guy and runs really fast, too, so that would have been a tough one to collide with him. In that situation, it’s worth the risk, so I had to try to save a run.”

3. The Reds won five out of seven games on the road trip, and now they don’t look so pitiful in the standings at 15-29. If they were in the AL Central, they would be in fourth place.

4. The Reds are off today. They’re back in town Friday night for a weekend series against the Chicago Cubs.

5. FC Cincinnati put three balls in the net in extra time to beat Detroit City FC 4-1 in the U.S. Open Cup competition Wednesday night at University of Cincinnati’s Gettler Stadium. The two teams were tied 1-1 after regulation. Emery Welshman was spectacular with three goals and a pretty assist.

6. FC Cincinnati returns to league play Saturday against North Carolina FC at Nippert Stadium. As far as the U.S. Open Cup, FC Cincinnati will travel to play the Pittsburgh Riverhounds SC next Wednesday.

7. The Houston Rockets won a game they needed Wednesday night. They beat the Golden State Warriors 127-105 to even the Western Conference finals at one win apiece. James Harden and Eric Gordon each scored 27 points. Now the series moves to Oakland for Game 3 on Sunday.

8. Mike Slive has died at age 77. He took over as commissioner of the Southeastern Conference in 2002 when it was a mess with NCAA compliance issues. Under his 13 years, the league prospered, winning seven straight national championships. For many people around the UC program, Mike will be remembered as the first commissioner of the Great Midwest Conference and then Conference USA. He was approachable and a good listener.

9. Kentucky Derby winner Justify has arrived at Pimlico for Saturday’s Preakness Stakes. Justify drew the seventh position in the field of eight, and according to trainer Bob Baffert, Justify is “on his game.”

We’re over the hump … let’s make Thursday a good one. Give me a follow on Twitter (@popo_wcposports) . My e-mail is jpopovich@wcpo.com.