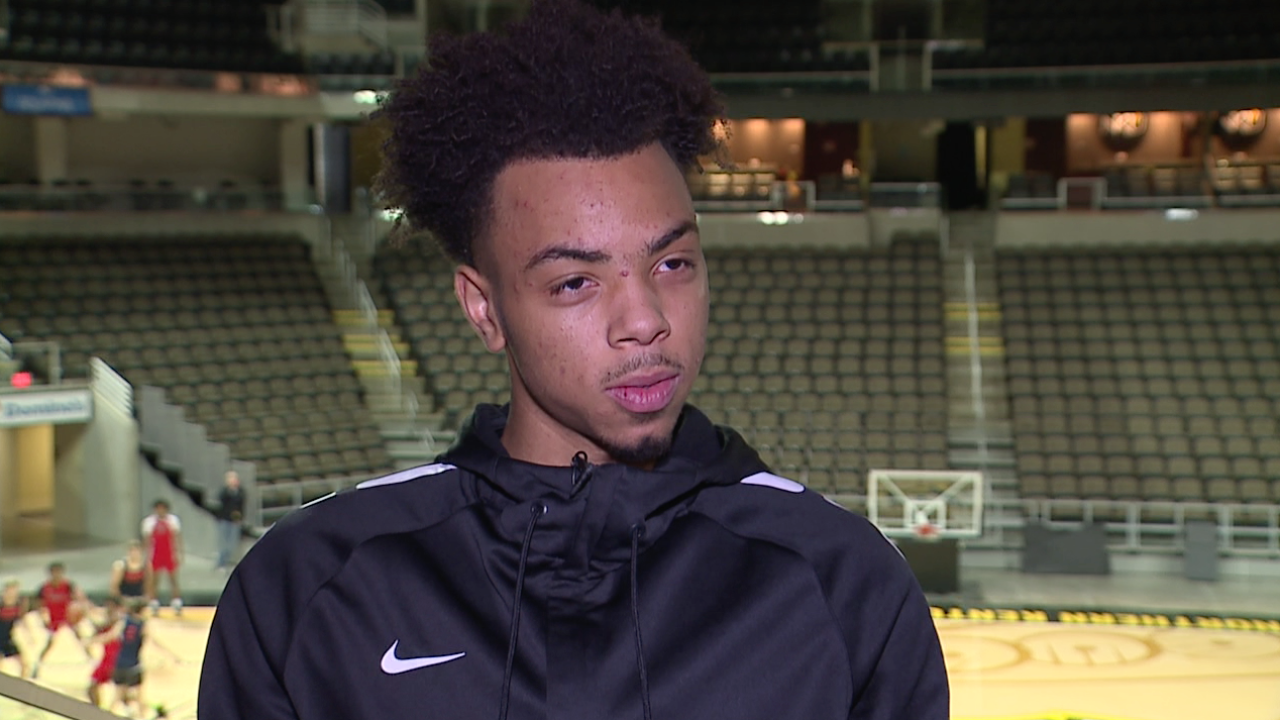 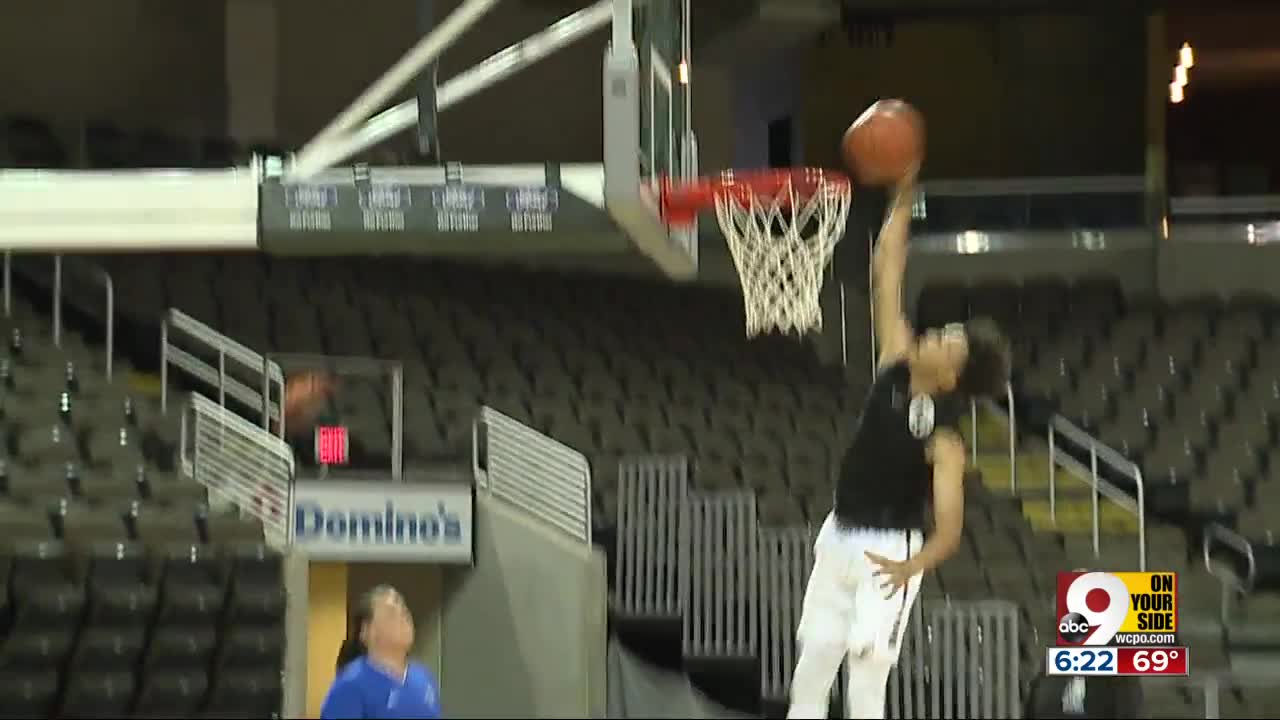 CINCINNATI — Paul McMillan IV once made 115 baskets in a single Pop-A-Shot game at Dave and Buster’s. A basketball always seems to be with him.

The 15-year-old had a very strong grade-point average last school year, and he has gained a significant interest in real estate through classes and an internship this summer.

“I know life is short,” he said this week. “I’m just enjoying everything. I’m not worried about the negativity or anything. I’m just being happy and enjoying my life.”

He is one of the state’s top high school basketball players regardless of class, and he already has earned scholarship offers from the University of Cincinnati, Xavier, Ole Miss and University of Tennessee at Martin.

He is mature for his age and sees the bigger picture in life. That includes drawing inspiration from his father, Woodward assistant coach and former Loyola University and pro player Paul McMillan III.

McMillan IV, a Division II second team all-state selection this past basketball season, was first team all-district and the Cincinnati Metro Athletic Conference player of the year for Hughes.

But he decided in late May to enroll at Woodward for this upcoming school year because he wants to study building technology.

Hughes is a STEM high school where students are focused on science, technology, engineering and math with a strong liberal arts foundation. Woodward was a better fit academically for him.

“When you get a kid like Paul — and kids like Paul don’t come along often — the hardest thing as a parent was like, ‘Look, you are already in this school, you don’t want to move schools and move around,” McMillan III said. “'You’ve got a good coach. (Hughes coach Bryant) Wyant was good. Good teammates. The school was a solid school.’

"But when a kid tells you, 'This is not what I want to do with my life' — from an academic standpoint — ‘I thought I wanted to be at STEM but I really want to do this with my life. I want to go in real estate. I want to look at building up and selling houses.’ When a kid at 15 years old tells you that and they already know what they want to do with their life after high school, that means he’s invested some time into looking in the ins and outs on his own. So you kind of have to let a kid follow his dreams.”

McMillan IV's dream is the NBA, but he also knows it's smart to have career options. This summer, he told Eleven Warriors he wants to be the greatest to have ever played basketball.

“It’s real important because this is the game I love," he told WCPO. "This is the game I do not take for granted. It could be here today and gone tomorrow. Every day when I am in the gym I am just trying to get better. I am just trying to be the best player ever. Watching LeBron growing up you know you can do it. Just seeing how he came up and how it was rough for him – you know you can do it.”

Woodward (3-20 in 2018-19) continues to progress as a team after participating in team camps this summer at the University of Memphis, Dayton, Ohio State and Northern Kentucky University.

Although McMillan IV is just a sophomore, he’s already helping lead his teammates.

“Any coach would want to be in this position with a kid that good,” Woodward coach Jarelle Redden said. “Paul is really easy to coach because he is very coachable and he loves the game of basketball. He will be at the gym before you get there, which every coach would love that. It’s just exciting.”

McMillan IV said his mentality is to reach his full potential now and in the future, whether it’s on or off the floor.

“He wants that edge over his opponent,” Redden said. “He’s a whiz kid, meaning when it comes to basketball and school. Any player that is highly touted he is going to know who they are, not just because he is a basketball fan, but he’s a competitor. He wants to be the best. He loves the game of basketball.”