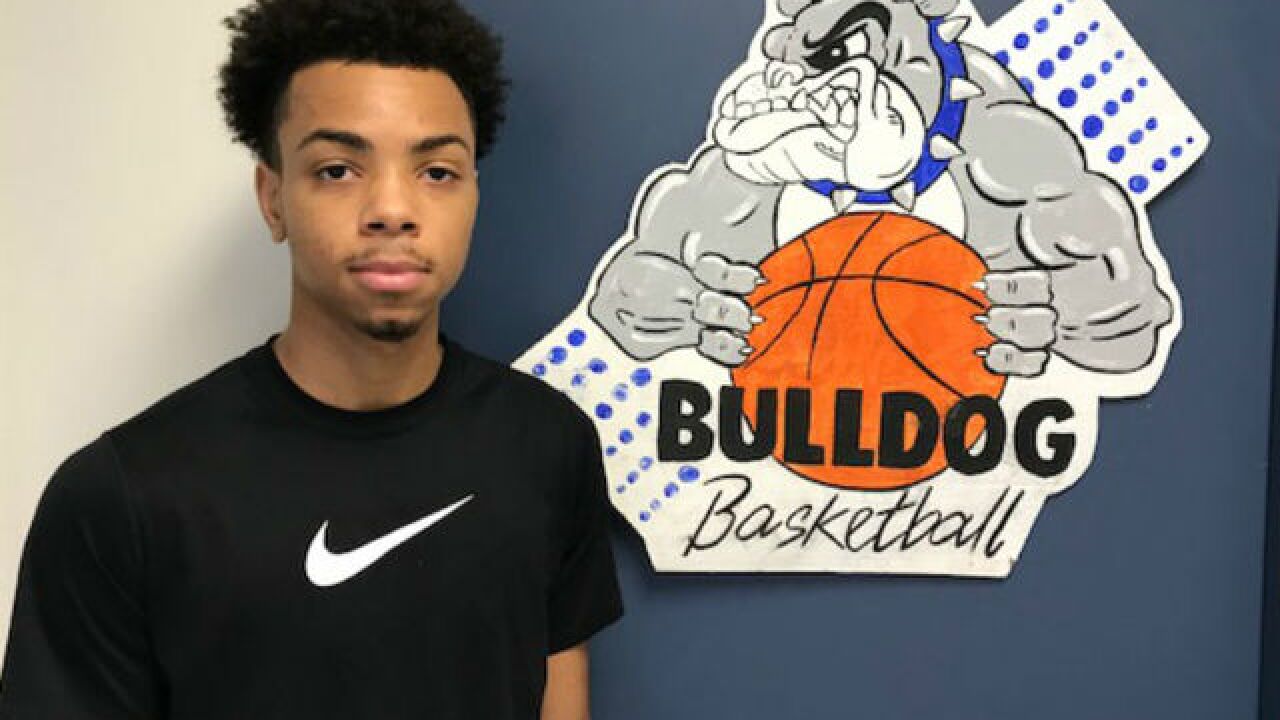 Copyright 2018 Scripps Media, Inc. All rights reserved. This material may not be published, broadcast, rewritten, or redistributed.
<p>Woodward freshman combo guard Paul McMillan IV has impressed coaches and teammates this summer with his play-making ability and leadership. Woodward opens the season at Hughes Nov. 30. (Photo by Mike Dyer)</p>

That’s nothing out of the ordinary for a lot of teenagers in June or July. But, the Woodward High School freshman combo guard is most often seen with a basketball this summer in a gym with a determination, work ethic and talent beyond his years.

Born nine days before his favorite player LeBron James made his NBA debut, the 6-foot-1 McMillan is already considered a top-12 nationally ranked player in the 2022 class. There are plenty of expectations, but none higher than what the 14-year-old has of himself.

“He wants to be great,” Woodward coach Jarelle Redden said.

Redden is still trying to figure how to compare McMillan’s game. He's been impressed by not only his poise and knowledge of the game but also his leadership with his new high school teammates.

“In transition, he’s extremely explosive,” Redden said. “For a kid his age, he gets to the free-throw line at will.”

This summer, McMillan was named one of the top two players in the NBA Junior Combine in Chicago. He was named an all-star at The Crossroads Elite Camp. He was the MVP of The Future Stars Tournament in Columbus playing 17-and-under competition (he played four grades ahead).

“He ups his level of play as the competition levels get higher,” Redden said. “That’s the biggest attribute that I’ve seen.”

McMillan started as the varsity point guard this summer for Woodward and averaged about 28 points, five rebounds and five assists at several college team camps.

His play-making ability and unselfishness are among his strengths. He is able to see opponents’ strengths and weaknesses in the competition he’s played. But, he's not satisfied. He wants to get stronger. He wants to learn more about the game.

“He’s like a dictionary when you ask him about basketball,” Redden said. “…His basketball IQ is through the roof.”

McMillan, who recorded a 37-inch max vertical at the NBA Junior Combine in May, been invited to the Chris Paul Rising Stars National Camp in Greensboro, N.C., Aug. 10-12, the Pangos Elite Camp in Chicago in October.

“I love doing this. It’s prepared me for the big goal that I want to do,” McMillan IV said.

McMillan pauses for a moment and speaks directly about his dream to make it to the NBA. He’s dreamed of that possibility ever since he could remember first playing the game he loves around the age of 4 or 5.

“Nothing is given in this game,” said McMillan IV, who lives in Colerain Township. “You have to work for it. And that’s life in general. You got to work for everything in life. That’s why I love the game so much. “You can’t cheat the game.”

McMillan III, a 1999 Aiken High School graduate, has helped to instill that approach. McMillan III played at Loyola University from 2002 to 2004 and later played overseas. McMillan III knows his son will be the focal point for several high school teams on the Bulldogs’ schedule.

Redden, who played at Ball State and North Alabama before playing professionally, has already started to formulate game plans for the upcoming season for how to best utilize the young standout.

Inevitably, there will be bumps and bruises along the way like for any freshman. But, McMillan III wants his son to learn from the experience and take a broader view of the four-year high school journey. He’s the first to acknowledge his son hasn’t made a shot or grabbed a rebound in a high school game yet.

“He’s done really well as far as playing,” McMillan III said. “I don’t think he’s exceeded my expectations because he’s an eighth-grader and just a rising ninth grader. At any given point if he doesn’t continue to work and continue to stay focused, obviously he can get passed.”

But, McMillan IV has taken upon himself to study older players. He constantly watches YouTube to look for tendencies of Phoenix Suns guard Devin Booker.

In the basketball world, McMillan IV is living beyond his age while learning from valuable advice from others. That will certainly benefit him as he starts his high school career.

“I’m proud of the accomplishments that’s he had up until this point,” McMillan III said. “My prayer and hope is that God will continue to bless him and give him the strength and the ability and he continues to listen to his coaches, and work in the gym and continue to get better so he can get to the level where he wants to be at.”