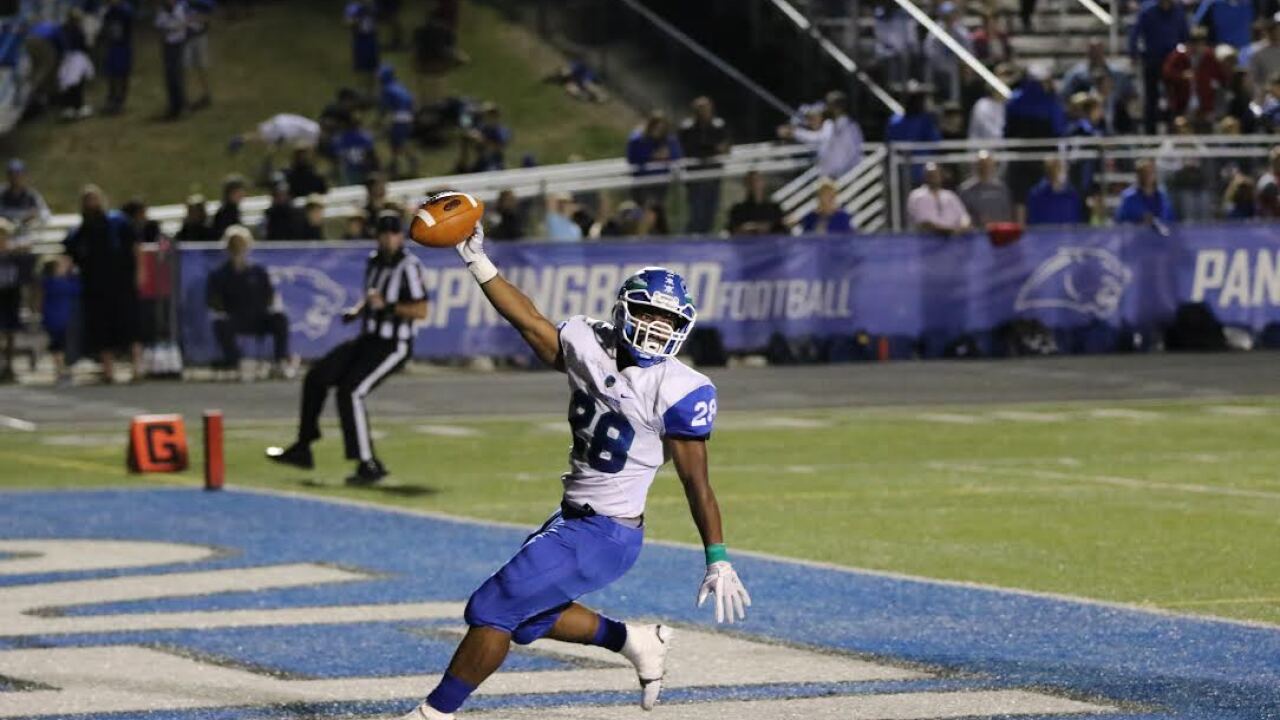 “He ain’t getting the ball this year,” Wingfield joked. “I am taking the ball. When I am tired of getting hit, he is going to get the ball.”

Williams – the 2018 Ohio Mr. Football runner-up – shook his head and smiled. They both knew nothing could be further from the truth.

If the Warriors want a second trip to Canton in three seasons this December, the Iowa State commit will be a significant reason.

“We got Miyan Williams,” said senior safety MiQuan Grace said. “There is nothing else to talk about. He is a dominant running back. The offensive line always gives him a great look. Once he gets to the second level it’s over.”

Williams had one of the most memorable seasons ever for a Greater Cincinnati player in 2018. He rushed for 2,824 yards and 38 touchdowns. He averaged 11 yards per carry and 201.7 yards per game.

His 430 rushing yards against Lewis Center Olentangy in the first round of the postseason was the most rushing yards by a Greater Cincinnati player in an Ohio playoff game (since 1972).

“It was unbelievable,” Winton Woods coach Andre Parker said, “…I’ve never seen a season like that since I’ve been around here. And he did it versus great competition.”

But, Parker and the Warriors know Williams must remain healthy. They are cognizant of monitoring how he’s used against arguably the toughest schedule in Ohio this fall.

“We don’t want to go against teams that we can blow out because ultimately we are not learning anything about ourselves,” junior linebacker Andrew “Bam” Booker said. “We want to get to the postseason ready for anything and everything that is thrown at us. That’s why the schedule is so tough.”

Winton Woods (12-2) was a Division II state semifinalist in 2018 and wants another opportunity at Canton after being the 2017 state runner-up.

“We’re real hungry,” Williams said. “It was a hard pill to swallow. It just motivated us in the offseason to make sure we get back there and win instead of going home.”

The Warriors are talented in multiple other positions on both sides of the ball. Grace is verbally committed to Rutgers while senior wide receiver Demeer Blankumsee is committed to Toledo among other standouts.

The focus is to embrace the challenging schedule and be ready physically and mentally for late November.