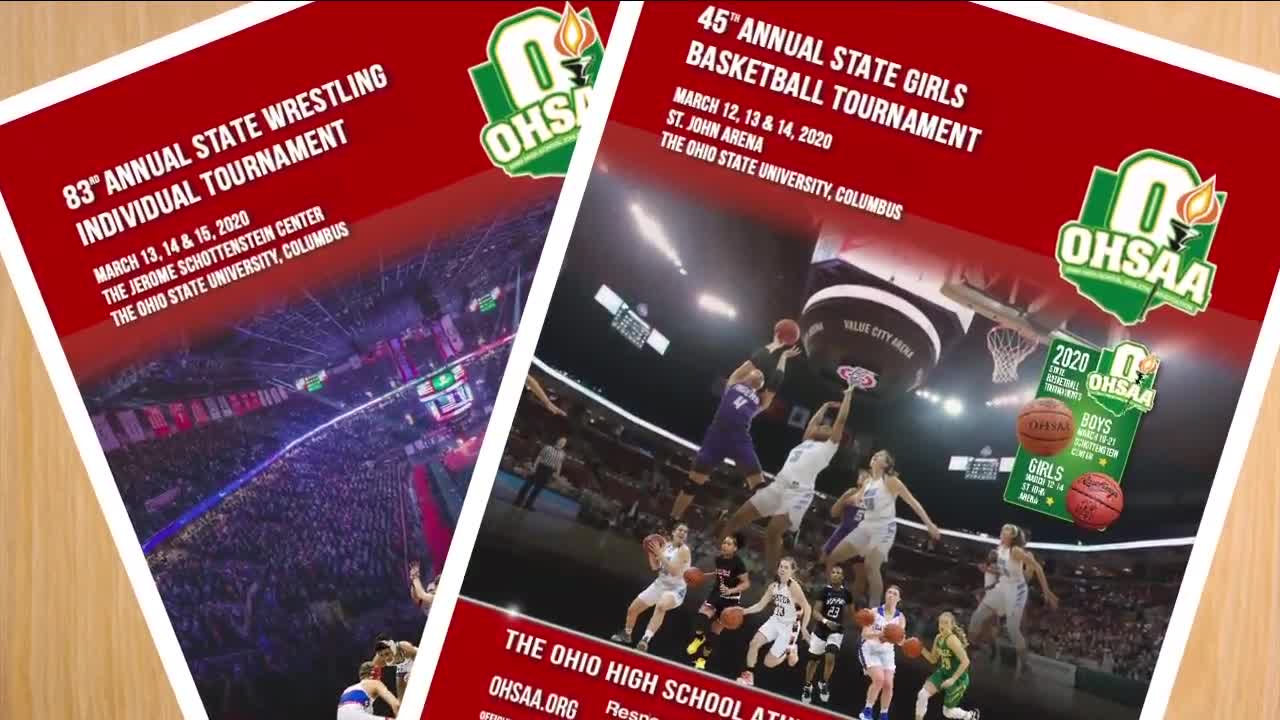 Ohio High School Athletic Association executive director Jerry Snodgrass details what went into the decision to cancel the remaining four winter sports tournaments plus an update about spring sports plans and the initial discussion about the fall season. 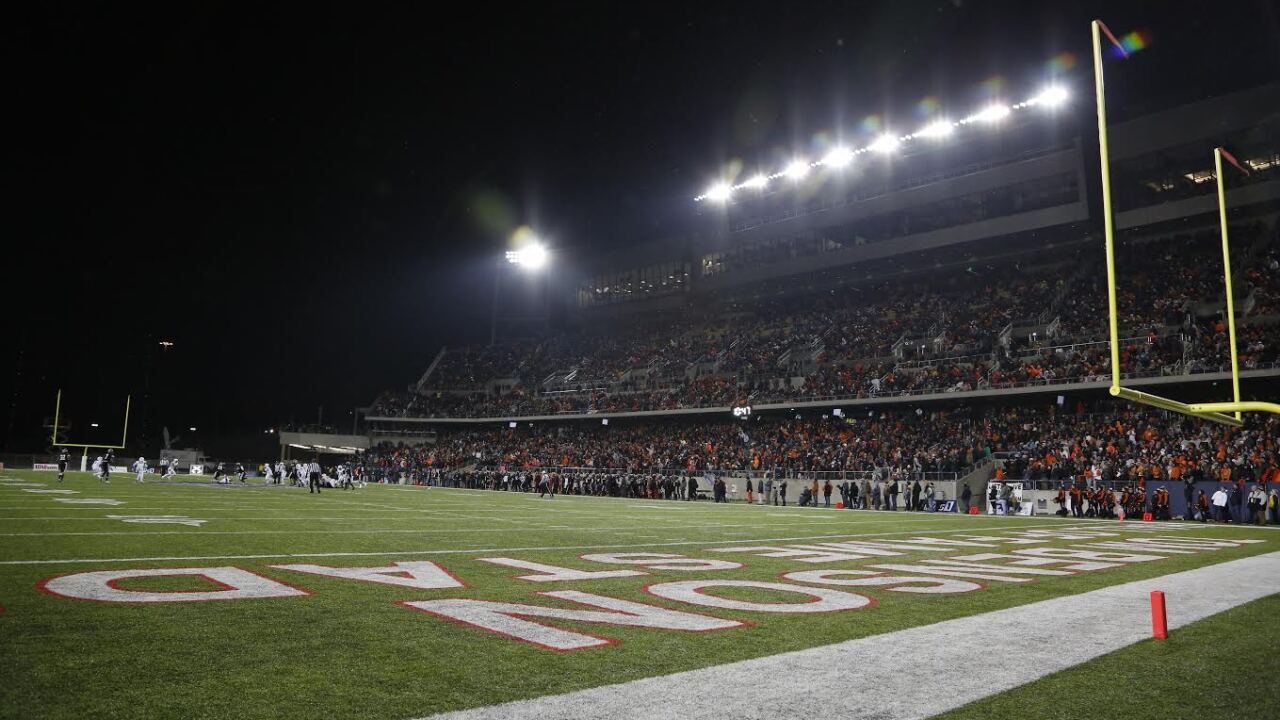 CINCINNATI — The Ohio High School Athletic Association has started to discuss the possibility that fall sports could be delayed due to the impact of the coronavirus outbreak.

While the start of the spring sports season remains postponed, the initial discussion revolving around the fall sports season occurred a day after the OHSAA canceled the remaining four winter sports tournaments.

"It's difficult for us too to have one sport - I guess you can say all you want in cross country there is social distancing because you outrace the other person - but it's pretty difficult to have one sport and not have the other," Snodgrass said. "I know that people challenge that a little bit but we are looking at now fall. We're starting to plan."

This past weekend was the original competition starting dates for baseball, softball, boys tennis and track and field. Lacrosse was supposed to start its season March 20. The postponement of spring sports coincides with schools not being open.

"I'm not going to kid anyone that one of the most overriding factors in all of this is the length of school closure," Snodgrass said. "Right now it's April 6. To think that's realistic, probably not. But it is what it is. So when the governor and (Ohio Department of Health director) Dr. (Amy) Acton have that on the radar as such we are going to have it on the radar, too. And our plans are to come back then. We also know that if that's not realistic then we have a plan if it's May 1. If it's the end of May there is a possibility. I mean there is some very remote possibilities."

Lakota West athletic director Scott Kaufman, a member of the OHSAA board of directors, said Friday he believes April 6 is a long-shot at best based upon what he's heard from listening to Ohio Gov. Mike DeWine's news conferences.

Kaufman said there is plenty to be worked out regarding regular-season contests and tournaments, if and when competition starts this spring.

"There is too many unknowns right now," Kaufman said.

The OHSAA decided March 25 to cancel the remaining winter sports tournaments due to the anticipated lack of available facilities and information about the coronavirus outbreak from DeWine's news conference.

"We didn't put that decision off just to give false hope," Snodgrass said. "I know a lot of people maybe think we did. Until we really found out - we found out the day before on Wednesday - almost solidified that major universities were going to shut down through the summer. Their facilities would not be available. I still don't know if they have even made that public yet. But most of them have indicated this long date. We can extrapolate that and know if those universities are going to do that there is certainly no high school anywhere that is going to take the liability on of hosting an event."

Snodgrass said additional information from DeWine and Dr. Amy Acton about the peak of the coronavirus outbreak in the state also played a major role in the decision to cancel.

"Just at that point in time we had to go with the numbers," Snodgrass said. "It's sad to say that hope was gone on that but essentially that did close the door."

Snodgrass said the revenue loss is closer to $2 million due to the cancellation of the winter sports tournaments after initial estimates were $1.4 to $1.5 million two weeks ago. The OHSAA has a $19 million total budget.

Ticket revenue from postseason tournaments makes up an estimated 80% of the OHSAA operational budget. The 501(c)(3) nonprofit organization does not rely on tax dollars.

There are 816 member high schools and approximately 760 seventh to eighth grade schools that belong to the OHSAA, which represents over 350,000 students competing in 26 sanctioned sports (13 for boys and 13 for girls).

Snodgrass said expenses, like event programs and trophies for state tournaments, count against the budget.

"We have a lot of liabilities out there," Snodgrass said. "The number of boxes of game programs that we have from girls basketball that had been printed, wrestling - it's incredible the boxes. And other than the ones that we mail out to people and the ones that we sell, they are probably going to go for recycling and that's a huge expense. Our trophies - people kind of forget that if we don't have spring sports - we have all these winter and spring sport trophies. And people say, 'Can't you refurbish them?' Well, not if they are stamped with the year 2020 on them."

The OHSAA is discussing several ideas about how to recognize student-athletes from the remaining winter sports tournaments during the 2020-21 school year.

Snodgrass recently reached out to University of Dayton men's basketball coach Anthony Grant to discuss a possible recognition program in the future. Other ideas are in the works, too.

Wyoming athletic director Jan Wilking, the vice president of the OHSAA board of directors, said Friday she appreciates the leadership Snodgrass has exhibited as the state association works through a number of scenarios.

"This is an unprecedented time," Wilking said. "And to have somebody like Jerry who has been in the shoes of coach, athletic director, parent, player really helps because he can relate. When he called us to say this is the decision that we have to make he's as emotional as anyone can be."