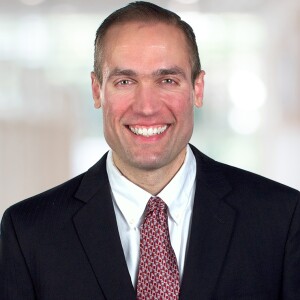 Listen to the special episode of the Hear Cincinnati podcast in the player above.

After all, the former Mount Notre Dame High School standout has made significant contributions for the successful Dayton program.

But Cook still wonders what could've happened during the final weekend of her high school career in March 2020, nearly a year after the coronavirus outbreak disrupted life in Ohio.

MND (28-0 in 2019-20) didn't have an opportunity to repeat as Division I state champions due to the eventual cancellation of the state tournament.

"Honestly, I sometimes think about how good we were," Cook said. "Everything was so special. We all just were so close. Looking back on the Snapchat Memories, like I said, we were just always laughing. We just had fun traveling on the road and being with each other."

Just an hour or two before the Cougars were to take a bus ride to St. John Arena in Columbus on March 12, 2020, the Ohio High School Athletic Association postponed the remaining winter tournaments due to the pandemic.

"For the couple weeks leading up to it we were just hoping to get through that weekend, knowing that we were getting close and something was going to happen, and unfortunately we didn't get there," MND athletic director Mark Schenkel said.

The annual state events in girls basketball, hockey and wrestling, along with regional boys basketball, showcase some of the finest student-athletes and teams around Ohio.

There were 672 state wrestling qualifiers from about 400 schools expected to compete at the Schottenstein Center, according to OHSAA wrestling administrator Tyler Brooks.

"There is no way I will ever forget that day," said former OHSAA basketball administrator Kathleen Coughlin. "That was, professionally speaking, probably one of the worst days."

'This has never happened'

Jerry Snodgrass was alone in his OHSAA office with his doors closed when he received a phone call from Ohio Gov. Mike DeWine at 12:30 p.m. March 10, 2020.

It hadn't yet been two years since Snodgrass was named the OHSAA executive director. But this was one of the most consequential phone calls he had received since starting his education career in 1977.

"I'll never forget it as long as I live," Snodgrass said.

Dr. Amy Acton, at the time the Ohio Department of Health director, and state Superintendent of Schools Paolo DeMaria joined DeWine on the conference call.

Everyone was prepared to discuss the impact of the coronavirus outbreak.

"We talked some pleasantries for a minute," Snodgrass recalled. "The governor said then, 'I am recommending -- and I use that word importantly -- recommending that you continue with your tournaments but with only parents attending.'

"When I hung up from that call alone in my office, and again I'm still very emotional about it, I literally sat like this in my office -- buried my head in my hands for two, three minutes -- 'wow, wow, this has never happened,'" Snodgrass said.

Just a week earlier, DeWine had announced the annual Arnold Sports Festival would have limited spectators and canceled other events associated with it due to the coronavirus outbreak.

"That's really when we realized that we're in the middle of something that's a tidal wave coming right at us," said OHSAA communications director Tim Stried.

As the OHSAA office began preparing to help the tournaments continue with health and safety measures, staffers worked long hours.

Little did anyone know that less than 48 hours later, the remaining tournaments would be postponed indefinitely.

"I got the call from Ohio State University (March 12) saying we need to shut down," Snodgrass said. "And I drove faster than I've ever driven down to St. John. Parked right up next to the door, walked in -- probably walked a little faster than I should've. It probably was a little bit of a giveaway."

'A pit in your stomach'

The OHSAA announced at 1:15 p.m. March 12 that the remaining winter tournaments were postponed indefinitely.

"You just don't know what to think in that moment," Doepker said at the time.

The senior later cried with his teammates. Similar emotions spread throughout Ohio.

"Just to send a tweet like that is one where you kind of hold your breath for a second and get a pit in your stomach and have a feeling like you never want to have again," Stried said.

The Dayton Carroll and West Branch girls basketball teams left the St. John Arena court with 15:59 left in the pregame of the Division II state semifinal.

No other remaining winter tournaments were ever scheduled.

"That's probably the rawest emotion I have is the sight of the trophies and medals and packets sitting in that room and thinking about all the unfulfilled dreams associated with those contests that never got to take place," Brooks said.

Besides a few events during World War II, those tournaments are the only sports cancellations in the history of the OHSAA, which was founded in 1907.

Doepker understands history can't be changed, but he still misses wrestling. The Xavier University freshman served as a volunteer assistant coach for Elder this winter.

"I'm not just going to let something that I did for 12 years just go by like nothing happened, especially how it ended," Doepker said.

"So I think going back actually really helps me kind of get back into it and I guess finish it -- I don't know. I guess I will always give it back in coaching. It's kind of like a closure for me, I guess."