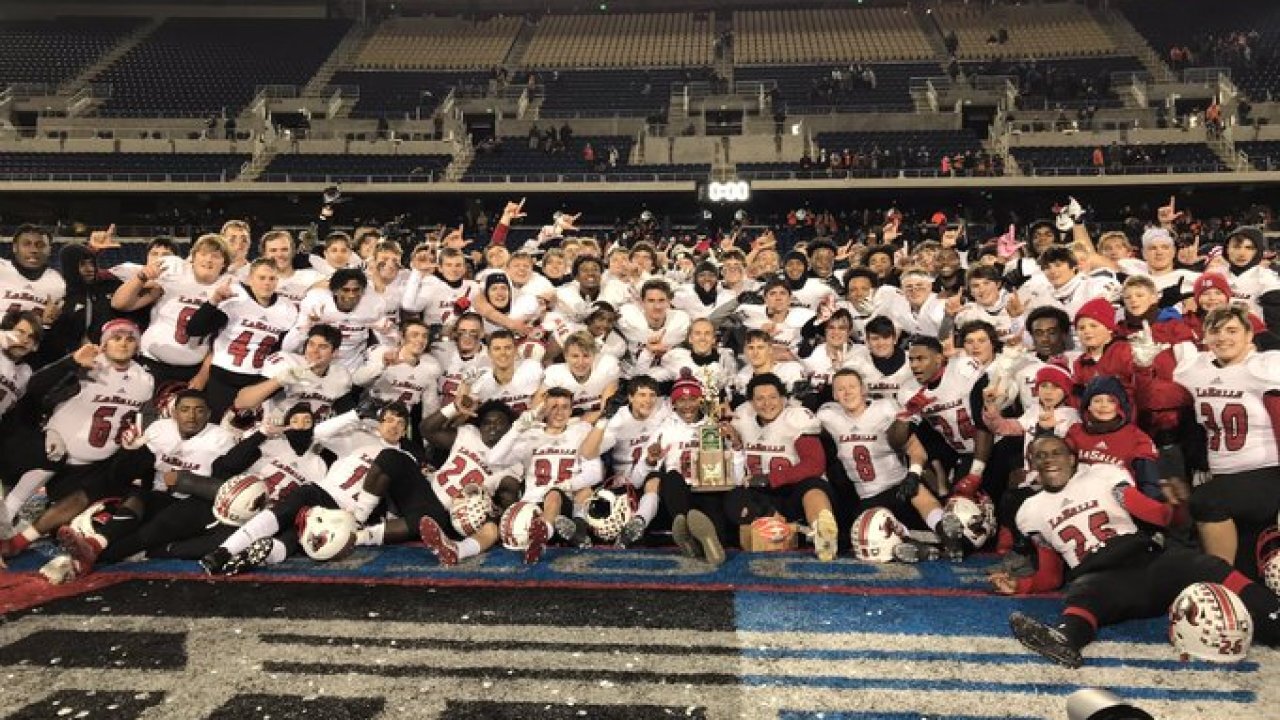 OHSAA executive director Jerry Snodgrass said Thursday he is optimistic the football season will occur this fall despite the COVID-19 pandemic. The La Salle football team won the Division II state championship in December in Canton.

"It's going to depend on the next couple of weeks," Snodgrass told the Greater Columbus Sports Commission's Virtual Sports Report.

"And I'm an eternal optimist. And I do believe -- if you were to ask me right now -- I do believe that we will go forward in a normal routine with football with some safeguards. But with attendance and so on and so on. That's the eternal optimist in me. But I have to stress that we're prepared if we can't."

The OHSAA continues to work with Ohio Lt. Gov. Jon Husted this week as the state starts to reopen during the COVID-19 pandemic.

On Thursday afternoon, the Ohio governor's office and the OHSAA announced all high school sports may begin individual skills training May 26 at school facilities at the discretion of the respective school districts.

Snodgrass answered several questions Thursday morning and spoke for more than 30 minutes about the impact of the pandemic as the monthly guest for the Greater Columbus Sports Commission's Virtual Sports Report. He also discussed plans for going forward with education-based athletics.

"Friday night football for communities brings people together," Snodgrass said. "The people want it back. So how confident are we or am I? I would tell you the next couple of weeks are really going to answer that. For me because I think personally -- and it's an opinion -- but what happens in the next couple of weeks as we reopen Ohio responsibly -- and I stress that responsibly -- is really going to determine what happens in the fall."

"We are ready to begin the 2020 season," McLaughlin said. "Our kids have been training on their own, and we are eager to get back together as a team."

Football was featured in the National Federation of State High School Associations (NFHS) guidance this week for state associations to consider in reopening high school athletics and other activities.

"We had a lengthy meeting to review that document," Snodgrass said.

Snodgrass said two OHSAA staff members have led an internal group that has worked on a framework for Ohio that coincides with the NFHS guidance.

"We probably will be distributing that either tomorrow or Monday," Snodgrass said Thursday morning. "Again, a little bit depends upon what goes on in Governor (Mike DeWine's) news conferences that could be announced in that meantime. We will be using that as a framework, yes."

Snodgrass also addressed the news Wednesday that the OHSAA will expand the number of qualifying teams to the football postseason in 2021. The state coaches' association proposed the expansion before the COVID-19 pandemic.

"(The board of directors) approved it to increase the opportunities for teams to get into the football playoffs," Snodgrass said.

"I also think it fixes some of the flaws of the Harbin system," Ramsey said. "We don't all play the same schedules, some much harder than others, and the system can't adjust to that. The best example of that was Winton Woods this past year. The system cheated them because teams were afraid to play them and their schedule was brutal."

The OHSAA football playoffs began in 1972 when only 12 schools qualified for the playoffs (four schools in each of three classes). Expansion first came in 1980 when the OHSAA changed to five divisions with eight teams each (40 total qualifiers).

Football is the only OHSAA team sport in which not every school qualifies for the postseason.