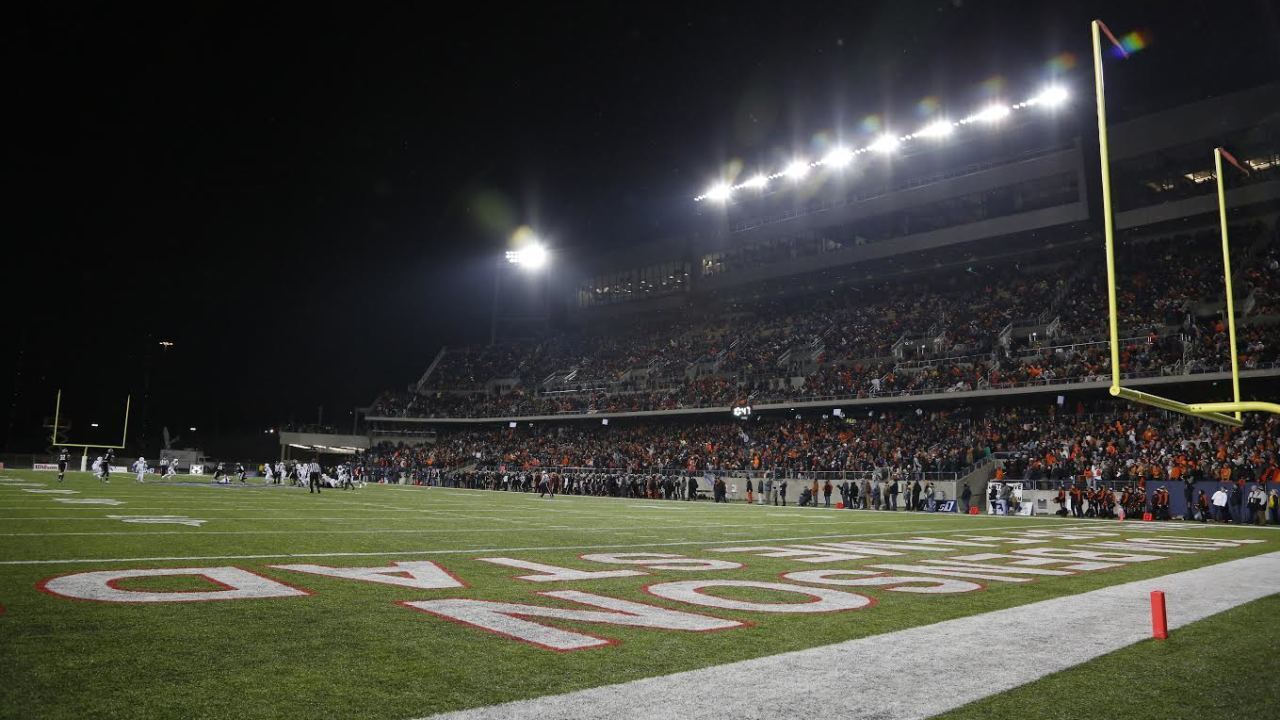 COLUMBUS, Ohio — The Ohio High School Athletic Association football playoffs will expand from eight to 12 qualifying teams in each region starting in 2021.

The OHSAA board of directors voted unanimously (9-0) to approve the change Wednesday during its May meeting. The change is unrelated to the impact of the COVID-19 pandemic.

The expansion is intended to provide increased opportunities for student-athletes to experience the football postseason, according to the original proposal from the Ohio High School Football Coaches Association.

“We still have details to work out regarding the format and specific season dates, but this vote by the Board gives us the green light to finalize those details for 2021,” said Beau Rugg, who is senior director of officiating and sport management for the OHSAA and the association’s football administrator.

“We are thankful for the Board’s support on this proposal, which will bring all the great things of playoff football to 112 additional schools and communities.”

The 9-0 affirmative vote was given to a recommendation from the OHSAA staff, which was based on a proposal from the Ohio High School Football Coaches Association.

"The playoffs not only in the Cincinnati area and the state of Ohio are just special," said Turpin coach Kent McCullough, who is Region 16 board director for the state coaches' association.

"It's just a special opportunity for Friday night - not taking anything away from the regular season - but they're special."

Starting in 2021, the top four seeds will have a bye in the first round.

The third round would follow the bracket at neutral venues.

The expansion will increase the number of football playoff qualifiers from 224 to 336. Last year there were 709 schools in Ohio that played 11-man football. Football is the only OHSAA team sport in which not every school qualifies for the postseason.

"There has been so many things that have occurred in the playoff system throughout the years where that No. 9 team was a pretty good team," McCullough said. "And them getting into the playoffs it just adds another exciting week of football."

Rugg also noted that the football finals in 2021 are expected to end during the same weekend as previously scheduled (Dec. 2-5). Schools will still be permitted to play 10 regular-season contests.

This upcoming 2020 season will be the fifth consecutive season the OHSAA has had eight qualifying teams in each of the four regions with seven divisions. The OHSAA has not announced where the state football finals will be held this December.

The OHSAA football playoffs began in 1972 when only 12 schools qualified for the playoffs (four schools in each of three classes).

Expansion first came in 1980 when the OHSAA changed to five divisions with eight teams each (40 total qualifiers).

There were no further updates Wednesday afternoon regarding the "no-contact period" for football due to the pandemic.

The OHSAA sent a memo May 15 saying it would lift the no-contact period May 26 for six sports but football was not included in that list.

The adjustment to the no-contact period is in response to Ohio Gov. Mike DeWine's announcement about the "Responsible Restart Ohio" plan.

Snodgrass said the OHSAA will provide additional updates on the other OHSAA-sanctioned sports as soon as the governor's office provides that information and "every intent is to align with the governor's orders."