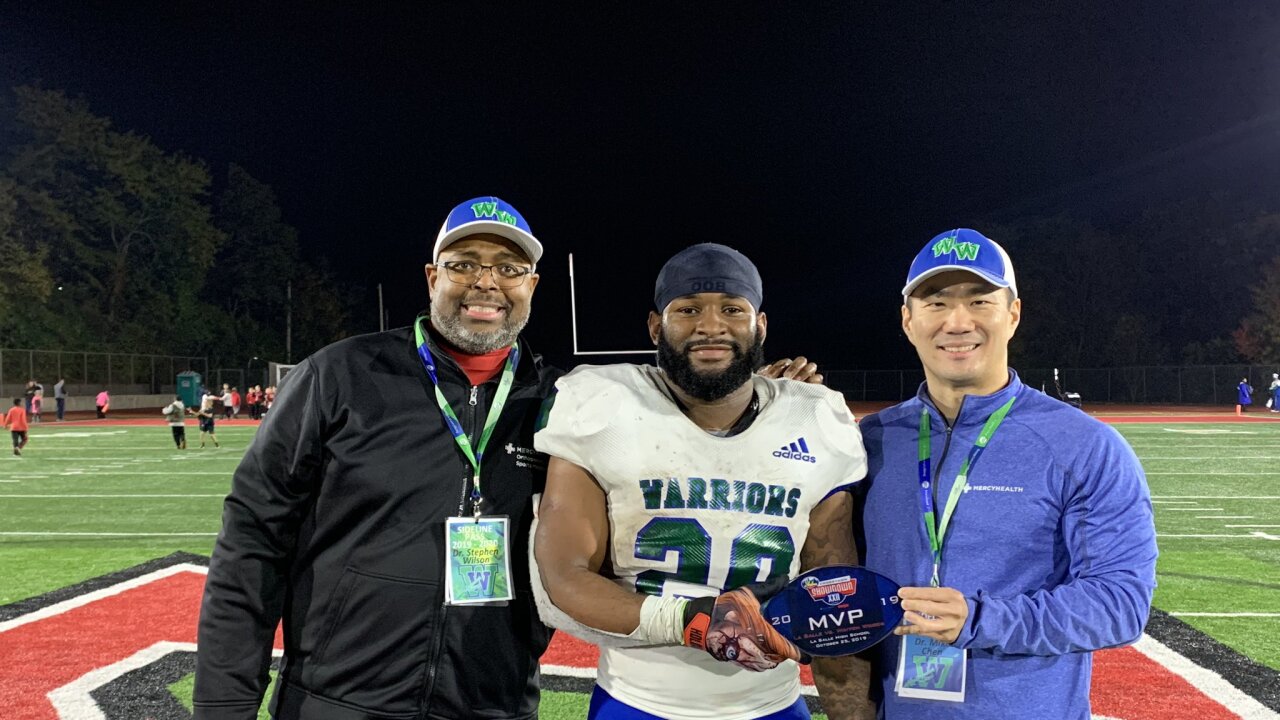 He said that as much to Warriors coach Andre Parker at halftime at Lancer Stadium.

“I just felt like that we just needed to go it,” Williams said.

The visiting Warriors responded in a significant way in the second half, rallying to defeat La Salle 26-21 in the Skyline Chili Crosstown Showdown.

“I tell you what," Parker said. "I am very, very proud of our young men because there was a point where they could’ve laid down tonight, and they strapped up the boot straps, and they were warriors."

Winton Woods (6-3) concluded the regular season and will have to wait to see if it can earn a third consecutive postseason berth. The Warriors were listed at No. 8 in Division II, Region 8 as of late Friday night. The top eight spots in each region make the playoffs, with the top four hosting first-round games starting Nov. 8.

Parker said the Warriors will have a normal schedule of practice next week and try to prepare like usual even though they are idle in Week 10.

“The only thing that we could control was how hard we played and how we sent the seniors off,” he said.

He said he thought earlier Friday night it could be the final time he played in a high school game.

“(Coach) told me he might be one of those nights where I had to put the team on my back,” Williams said. “I just shook my head and said, 'Let’s do it.'”

Winton Woods responded early in the second quarter, when junior quarterback MiChale Wingfield scored on a 1-yard touchdown to help close the gap to 14-7. That completed a 13-play, 80-yard drive that took 6:07.

La Salle went ahead 21-7 when junior Devonte Smith caught a 33-yard touchdown pass from Branam down the middle at the 6:32 mark of the second quarter. It appeared the Lancers could stay be in control the remainder of the game.

Williams scored on an 8-yard touchdown run with 2:08 left in the first half to cut the Lancers’ lead to eight (21-13) at halftime.

He scored three second-half touchdowns for the Warriors, and the Winton Woods defense held firm. La Salle did not earn a first down until about a minute left in the third quarter.

Williams scored his final touchdown with 5:44 left in the fourth quarter after Wingfield found senior wide receiver Bryant Johnson Jr. for a 38-yard pass connection down the left sideline on third down.

The Lancers had an opportunity on their final drive with the ball at the Winton Woods 11-yard line with under a minute, but junior linebacker Cameron Sanders’ interception sealed the game for the Warriors.

“It was an unbelievable play,” Parker said.

Junior linebacker Andrew “Bam” Booker had six tackles, including a sack, for Winton Woods. He also tipped a pass that Bryant intercepted at the line with 9:25 left to set up the Warriors’ game-winning drive. It was the second interception of Bryant’s career, and it couldn’t have happened at a more crucial moment.

“We came out strong,” Bryant said of the defensive effort in the second half. “All I got to say is I have those boys’ backs, and I know they have mine. I love them.”

Porter finished with 12 carries for 86 yards and two receptions for 88 yards. Branam had 221 yards passing. Senior linebacker Luke Thiemann had a game-high 10 tackles for the Lancers (7-2).

"They just made a few more plays than us," Lancers coach Pat McLaughlin said. "We are on to next week and all our goals are still on the table."