Coach: 'I couldn't be any more proud of you' 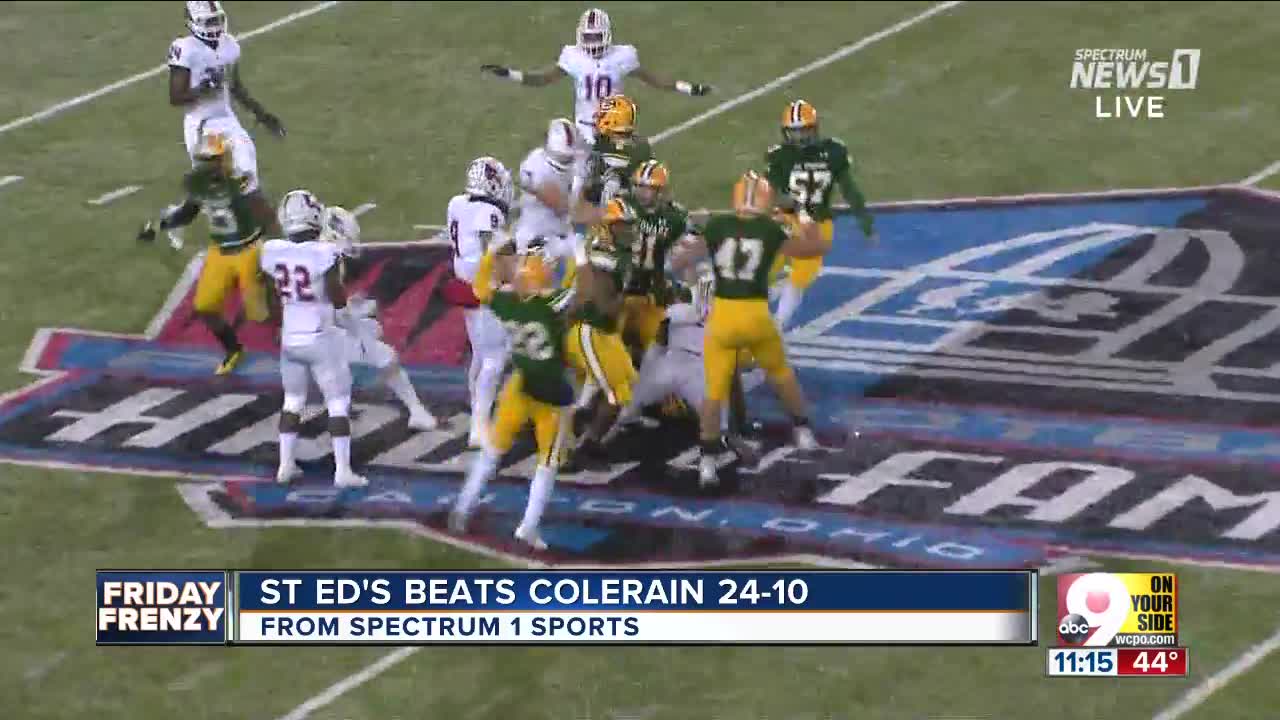 Unbeaten and top-ranked Colerain lost its bid for the Ohio Division I football championship in a 24-10 loss to Lakewood St. Edward. The 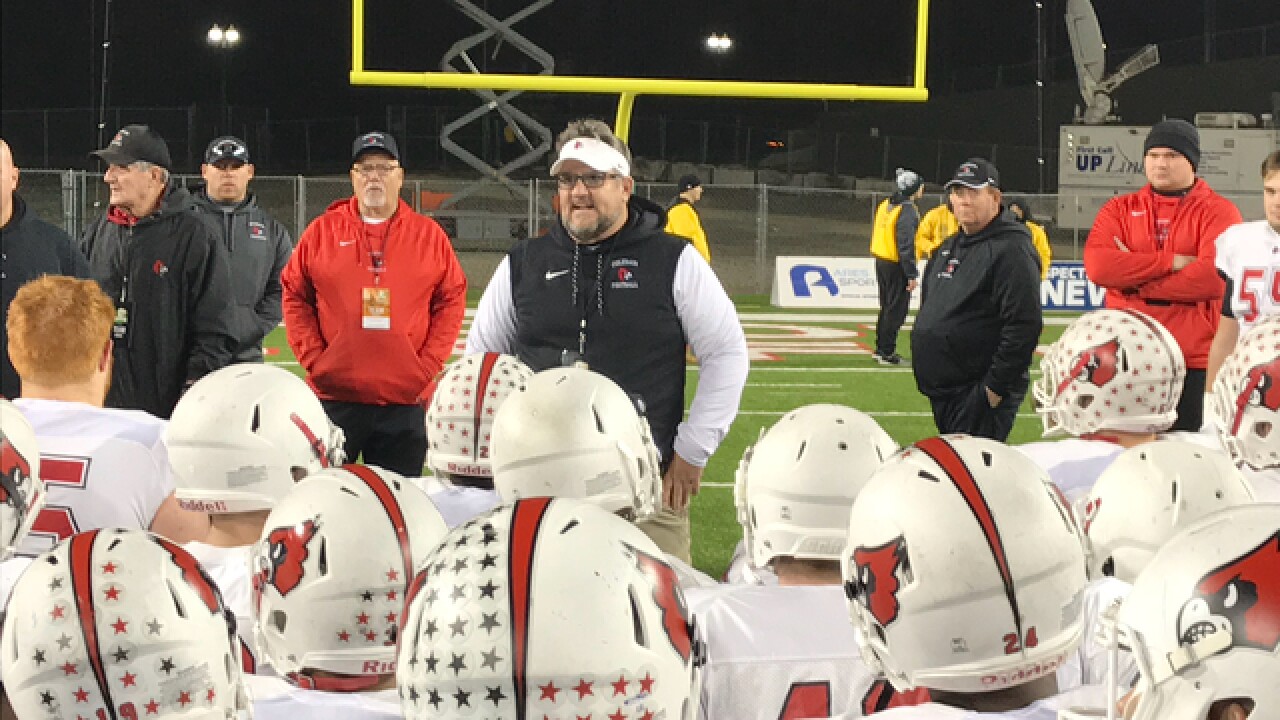 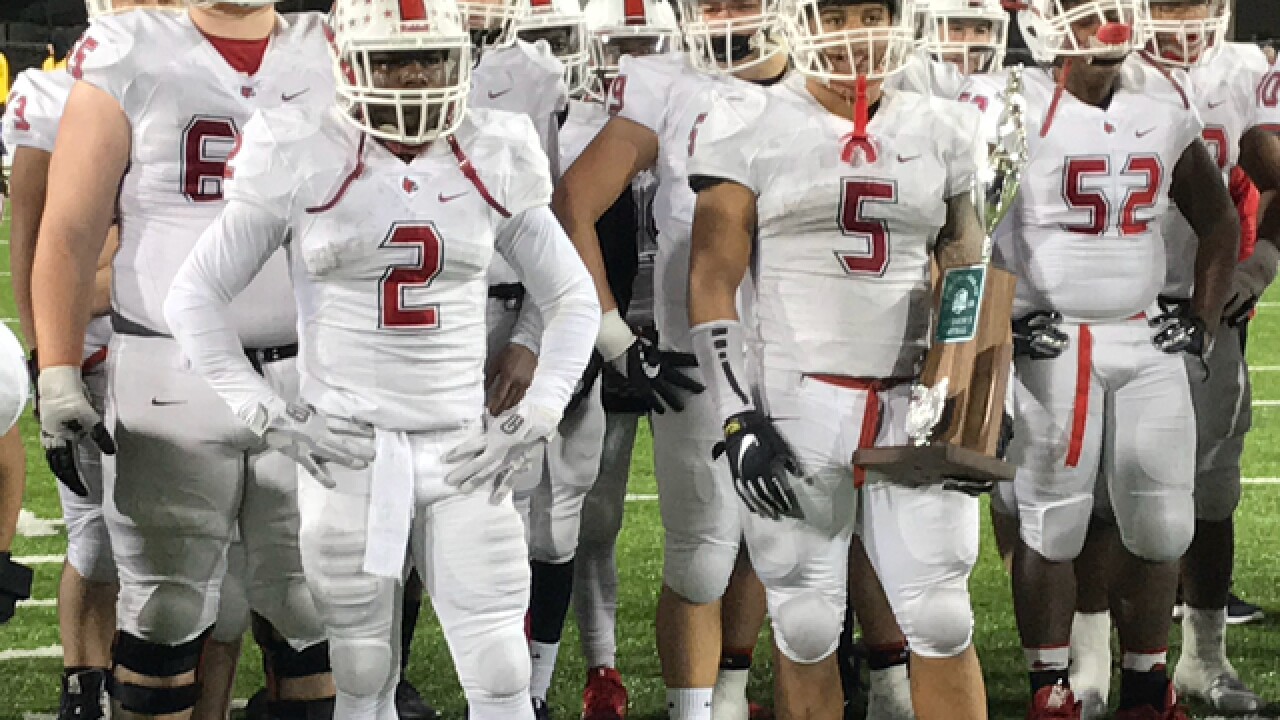 The pain of being a Division I state runner-up was still fresh. Tears streamed down the players’ faces in the frigid air of this final night in November some three-plus hours away from home.

Yet Bolden reminded them of their journey. He also said how they not only excelled on the field, but how they became better young men.

Lakewood St. Edward defeated the Cardinals 24-10 in the Division I state final in front of a crowd of 8,927. It was the Cardinals’ second state final appearance in program history and the first since Colerain won the title in 2004.

“It’s been a good ride with these guys for the past four years,” Colerain senior quarterback Deante Smith-Moore said. “They will be my brothers for the rest of my life. I wouldn’t trade it for the world. I love them. We might have lost the last one, but we did something nobody else did for the last 14 years. I am proud of every one of them.”

Tom Bolden said the players made him a better coach, husband and father. Their bond was significant.

“Colerain football has been everything for me for 17 years, especially with my dad being the head coach,” said Colerain senior linebacker Luke Bolden. “I grew up with Colerain and I love everything about it.”

The Cardinals led 10-7 at halftime Friday night, but the Eagles (11-3) scored 17 unanswered points in the second half.

Lakewood St. Edward senior kicker Gianluca Russo made a 25-yard field goal to tie the game at 10-all with 7:33 remaining in the third quarter. The Eagles recovered an onside kick on the ensuing kickoff. But, the Cardinals’ defense held firm.

Then, senior quarterback Garrett Dzuro found senior Quintel Kent for a 23-yard touchdown pass on a post route to give the Eagles a 17-10 lead at the end of the third quarter.

Dzuro found Kent for a 19-yard touchdown pass connection at the 7:15 mark of the fourth quarter to help put the Eagles up 24-10.

Later, Colerain converted on fourth down when Smith-Moore found senior JJ Davis across the middle for a 13-yard gain to put the Cardinals at the Eagles’ 23. Smith-Moore then found senior Syncere Jones for a 16-yard gain.

But, the Cardinals were unable to score on fourth down and turned the ball over.

Colerain was 3 of 11 on third down. The Cardinals had 245 yards of total offense, including 171 yards rushing and 74 yards passing.

The Cardinals scored the first touchdown of the game like it did for the most of the season.

Smith-Moore found Jones for a 16-yard touchdown pass connection at the 4:58 mark of the second quarter to help give the Cardinals a 7-0 lead.

Colerain went ahead 10-7 at halftime as senior Chris Mangold made a 26-yard field as time expired.

That first half started with a scoreless first quarter.

Colerain senior Ivan Pace Jr. opened the game with a 43-yard kickoff return and the Cardinals started their drive at the Lakewood St. Edward 35-yard line.

However, six plays later, the Cardinals fumbled inside the 7 and the Eagles took over. The Cardinals also threw an interception in the first half.

“We just didn’t play well enough,” Tom Bolden said. “That’s all there is to it. And hats off to them – they did. It’s one of those that will haunt me for a lifetime. Opening drive – taking it right down. And unfortunately we made a mistake and turned it over. We had one late in the first half, too. I’m proud of the kids. It doesn’t diminish anything we accomplished.”

Jones had three receptions for 54 yards. Pace had 20 carries for 77 yards.

Defensively, sophomore linebacker Michael Bess had a game-high 12 tackles for the Cardinals. Luke Bolden and senior linebacker Eric Phillips had eight tackles each.

“I have a great group of kids,” Tom Bolden said. “I love them to death. I love them dearly, especially those seniors.”