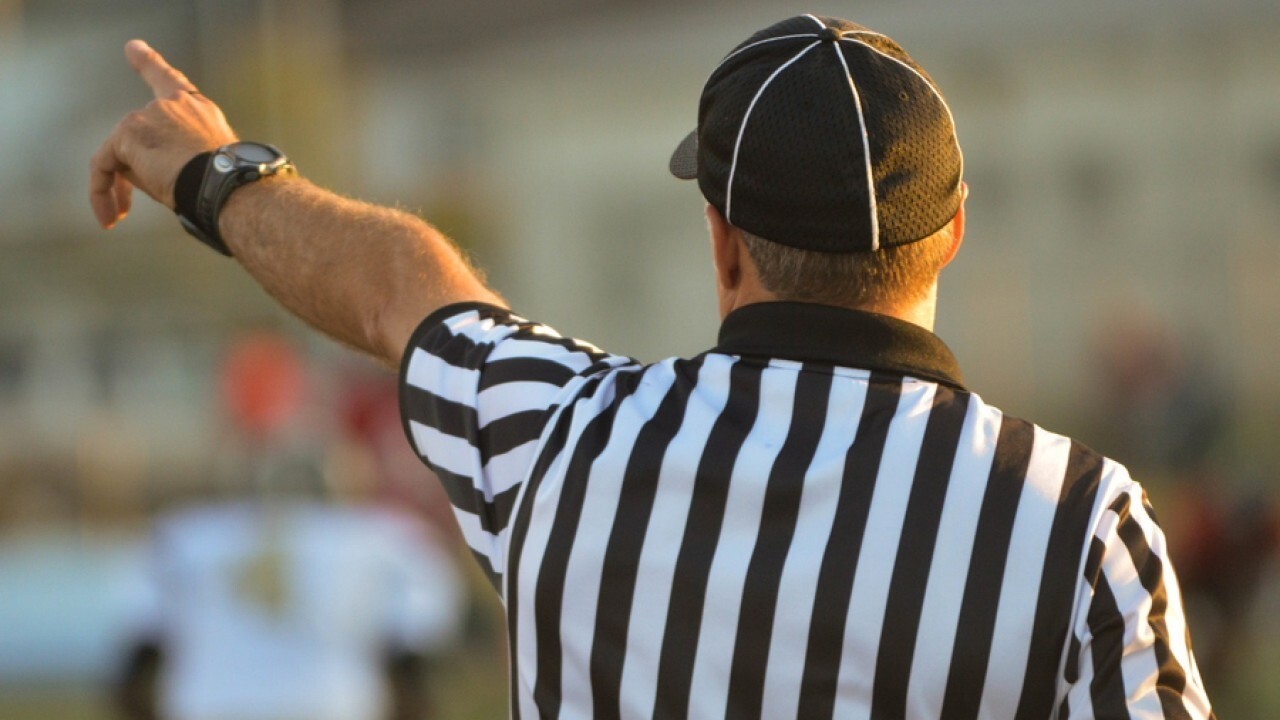 WCPO file
The Ohio High School Athletic Association saw a slight increase in the number of registered game officials this school year and the second-most since 2014-15.

COLUMBUS, Ohio — There is some good news regarding the number of Ohio High School Athletic Association game officials after all.

As the 2018-19 OHSAA calendar concludes with the state baseball tournament this weekend in Akron, the overall number of registered junior high school and high school officials increased by 59 people (0.4 percent) from a year ago.

This school year is the second-highest number since 2014-15, according to Ben Ferree, assistant director of officiating and sport management.

The final 2018-19 statewide officials count was finalized May 31.

While a significant amount of sports lost officials from a year ago, large gains were made in basketball and wrestling to offset the total number.

The slight overall increase was aided by a better turnout for the spring officiating classes for out-of-season sports. For example, individuals took a wrestling class in the spring in anticipation of next winter.

"Anytime the overall numbers increase that is a very positive sign," said OHSAA director of communications Tim Stried. "The fact we are still facing a referee shortage in several sports is still concerning."

With more schools offering officiating classes at their locations, Stried said the OHSAA is hopeful the upward trend will continue within the next several years.

Ferree said the rise of officiating classes in high schools - especially with basketball - also aided the increase. The number of basketball officials increased by 51 while wrestling increased by 44 officials.

Ferree also said the memos sent by the OHSAA and the National Federation of State High School Associations (NFHS) highlighting the shortage of officials this past winter led to the largest influx of requests to be an OHSAA official.

“The rise of the out-of-season, one-weekend class option in wrestling has been very popular and should be looked at to be modeled for other sports,” Ferree said.

Still, Ohio isn’t out of the woods just yet regarding concerns about shortages from this past year. This school year is still way below the 16,629 officials the OHSAA had in 2010-11.

“The good news does come with some bad,” Ferree said. “Most of our sports still lost officials, including football, soccer, baseball, softball and volleyball -- albeit some of those losses are slim.”

Football and softball saw the most significant decreases in the number of officials.

Among the most pressing issues that could be pushing existing officials out and discouraging new ones from signing on are relatively low pay for officials per contest, lack of patience on the part of newer officials in trying to ascend through the ranks and behavior issues at all levels of sports with parents and coaches.

The country's relatively low unemployment levels also mean the urgency to officiate for some extra money each week may not be as strong as it once was, especially given the stress involved.

The OHSAA told WCPO this spring it is committed to helping with the shortage.

“It’s incumbent upon us that we do something about it, or at least help,” OHSAA executive director Jerry Snodgrass told WCPO. "No. 1, we do have to look at how we are recruiting officials. Recruiting is one thing, retention is another.”