When youth sports fans behave badly, referees quit. How can OHSAA save its supply of officials? 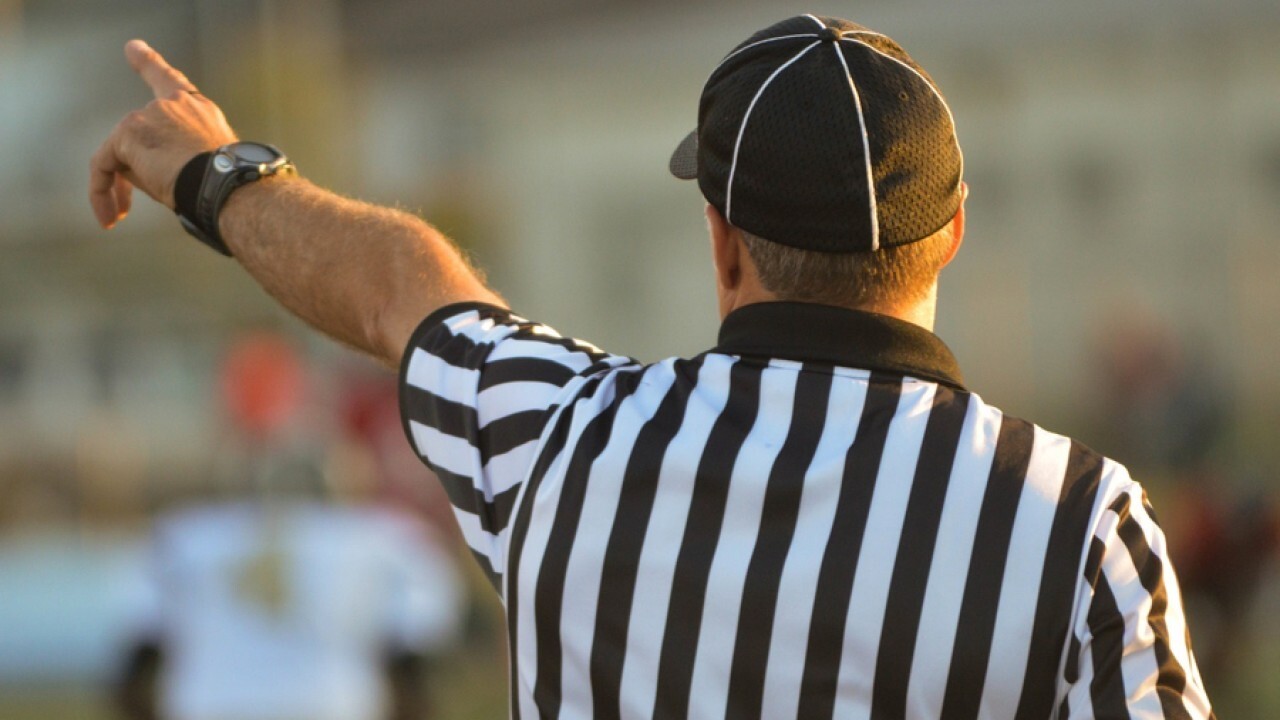 WCPO file
The Ohio High School Athletic Association has seen a significant drop in the number of officials this school year. 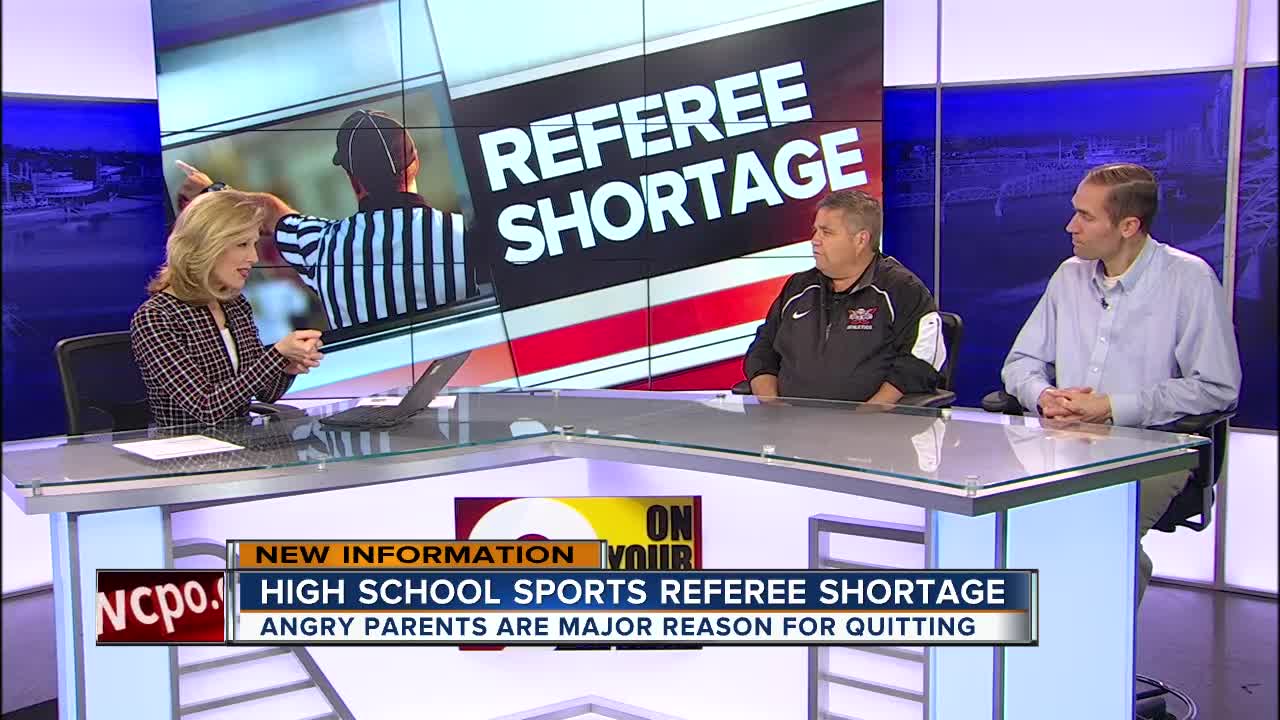 CINCINNATI — The numbers are staggering.

While another Ohio High School Athletic Association year heads down the home stretch this month, the dwindling supply of officials in nearly every sport is a trend that needs to be reversed. Fast.

“It’s incumbent upon us that we do something about it, or at least help,” OHSAA executive director Jerry Snodgrass told WCPO. "No. 1, we do have to look at how we are recruiting officials. Recruiting is one thing, retention is another.”

Among the most pressing issues that could be pushing existing officials out and discouraging new ones from signing on are relatively low pay for officials per contest, lack of patience on the part of newer officials in trying to ascend through the ranks and behavior issues at all levels of sports with parents and coaches.

The country's relatively low unemployment levels also mean the urgency to officiate for some extra money each week may not be as strong as it once was, especially given the stress involved, according to Lakota West athletic director Scott Kaufman.

“We’ve got to do something,” said OHSAA Officials Hall of Famer Jon Sagers, a Delhi Township resident. “In the business world you got to have a business model, and the one that we have — it’s broke, and it isn’t getting any better, and it’s not going to get fixed until we make some changes, whether it starts in Columbus or in Cincinnati.”

The final 2018-19 school year statewide officials count will be finalized May 31.

The “alarming shortage” of high school officials is an ever-growing reality, and adult behavior at games and events continues to be the primary reason for the overall shortage, as the OHSAA highlighted in a highly publicized letter in January.

“It becomes more and more concerning each season at the local level,” said Wyoming athletic director Jan Wilking, who is a member of the OHSAA board of directors. “We have had to rearrange schedules to accommodate for officials more in the last 12 months than in my previous 15 years as an AD combined.”

The issue with adult fan behavior at games has been so concerning that bipartisan legislation in the Ohio General Assembly would raise the penalty for assaulting an official on the job from a misdemeanor to a fifth-degree felony.

The attention the OHSAA gave the issue seemed to strike a nerve — at least temporarily — over the winter.

“Oddly enough, for about a two-week period we were getting at least 50 calls or emails per day on how to become an official,” Snodgrass said. “And I didn’t anticipate that. So we’re looking at different ways and hopefully we can address some of those.”

Steve Nguyen is a Lakota West assistant golf and baseball coach for the Firebirds. He's also a parent of former high school athletes.

Nguyen said he has seen fans' intensity level rise over the years, especially in games or events where the audience is closer to the court or field, and he wonders what will happen when individuals who have experienced other adults' bad behavior eventually leave the profession.

“I think parents need to be more aware of that consequence that their child will be affected in the end because of a lack of officials," Nguyen said. "The game may not be canceled, but the quality that you experience as a parent and as a child will take a major hit."

Bruce Brown, executive director of the Ohio Interscholastic Athletic Administrators Association (OIAAA), believes there isn’t a quick fix to the problem of officials leaving or not entering the junior high school or high school arena.

He isn’t going to shrug his shoulders, either.

“Realistically, if we as schools and administrators collectively don’t make an intentional effort to impact the current culture that surrounds youth/school-level sports, we will continue this trend of diminishing officials,” Brown said.

Some high schools offer a gym credit. Lancaster High School and Zanesville High School are among more than a dozen schools in Ohio that allow students to gain officiating knowledge with the hope it will spur interest later.

“Exposing athletic officiating at an earlier age and promoting the ‘community service’ aspect of such work may resonate with our 16-to-24-year-olds,” Brown said.

But officiating programs need to be conducive to students and their busy schedules, Snodgrass said.

“The younger generation is not going to go sit and listen for an hour and a half on Sunday night,” Snodgrass said. “We need to look at alternatives.”

Another strategy is for schools to intentionally and purposefully educate adults about the mission of youth and interscholastic athletics.

“This is not only specific to outlining and holding accountable the behavior expectations for fans, especially the adults, but also re-emphasizing the purpose of why we offer sports in schools with our coaches, parents, administrators and school community members,” Brown said.

Yet another idea would be to introduce officials to the parents at a meeting with the goal of building communication and understanding.

Sagers, who has over 30 years of officiating experience, said he is open to communicating with others prior to a season.

“If school district No. 1 wanted to call me up and have me talk in front of their boosters, I would welcome that,” he said.

Snodgrass said schools won’t be able to douse all fans' and coaches' criticism of all officials, but any adjustment to the current standard would be welcome.

“I think if we focus on a little bit better educational tools — maybe bringing officials into those parents’ meetings (that would be helpful),” Snodgrass said. “Again, they’re not the end-all, and that’s not going to solve everything, but I think it creates a sensitivity to the entire issue that, ‘Hey, listen, maybe we better back off a little bit.’”

“When a coach, student-athlete or fan acts in a way that takes away from the contest, it has to be addressed in a way that changes the behavior,” Wilking said. “There is no profession where it is acceptable to be verbally 'evaluated' by everyone in the stands watching a middle school or high school athletic contest.”