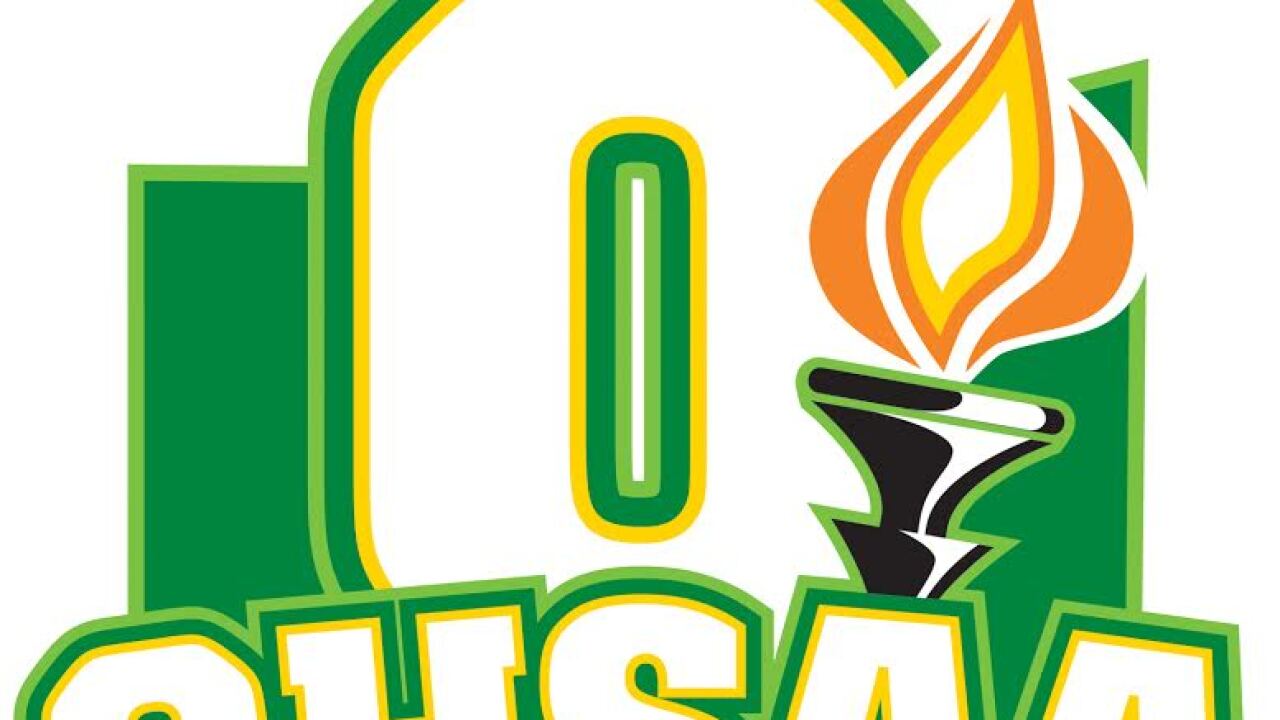 The Ohio High School Athletic Association Board of Directors took action this week that allows OHSAA non-public schools to have another option to select their “designated” feeder schools for competitive balance roster purposes.

The new option – specific to the Tier 1 factor in competitive balance – will permit non-public schools to utilize all same system elementary schools that are physically located within a 12.5-mile radius of the high school as “designated” feeder schools, the OHSAA announced in a news release.

Non-public schools may elect to choose this new option immediately, meaning it can be utilized for 2019-20 roster data submitted that will be used for the 2020-21 school year beginning with the fall sports of football, soccer and volleyball.

“It’s safe to say that this resolves the litigation,” said Terry Coates, attorney for the GCL Co-Ed schools.

Competitive balance is a process that makes modifications to the way schools are placed into tournament divisions in baseball, basketball, football, soccer, softball and volleyball. The measure was passed by OHSAA member schools in May 2014 and implemented during the 2017-18 school year. The measured passed by 88 votes (411 to 323).

These feeder schools must still be within the same system of education as the high school to be considered a feeder school, according to the OHSAA.

The GCL Co-Ed’s legal challenge began in August 2018. The legal challenge included the Ohio Supreme Court and the Hamilton County Common Pleas Court. This was the first formal legal challenge to the competitive balance measure in Ohio. There are 816 member high schools in the OHSAA.

This option has been in place since the inception of competitive balance.

The GCL Co-Ed and its member schools challenged the content and application of the OHSAA's competitive balance measure because, according to the Archdiocese of Cincinnati, it unfairly discriminated against non-Division I Catholic schools by penalizing them for enrolling students from the Catholic feeder schools from which they have received students for decades, without considering the historic level of success of a school's athletic teams.

“We are thankful that the OHSAA was willing to hear our concerns and collaborate with us on an agreement that represents a significant step towards true competitive balance,” said Matthew Sableski, principal at Dayton Carroll High School. “The 12.5-mile radius option addresses our concerns under Tier 1 and is available for the GCL Co-Ed schools and all other non-public high schools starting with the 2020-21 school year. We are excited to work with the OHSAA to promote our students’ best interests in the classroom and on the playing field. I am also grateful that the OHSAA asked me to participate as a member of the Competitive Balance Committee, where I look forward to representing the interests of non-public schools in that capacity moving forward.”

Mariemont athletic director Tom Nerl did not like hearing the news Wednesday afternoon.

“What this does is it basically gives those schools a district of 491 square miles (pi r-squared),” Nerl said.

“For a small school like Mariemont I think it (the tweak to competitive balance) puts us at a competitive disadvantage,” Nerl said. "...I don't see how it's fair across the board."

Taylor athletic director Larry Herges said he caught off guard and confused by the news Wednesday. He said he wasn't aware of any discussion about the tweak to competitive balance.

"I am curious as to where this came from," Herges said. "This whole thing that came out today. Like I have not heard one word about it. I never heard anything at our state AD conference about it. I don’t know why it’s happening. It doesn’t help us. Honestly, what I think it’s going to do is it’s going to cause another big argument in the entire state over competitive balance. If the OHSAA is not careful they are going to end up with private and public divisions. And if that happens it’s going to be detrimental to everything.”

After considerable discussion and analysis, the OHSAA Board of Directors believed that making this second option available to OHSAA non-public schools promoted fairness, according to the media release.

“From the start of competitive balance, it has always been said there would be tweaks along the way, and this new option, which will be implemented in the fall of 2020, is an example of that,” said OHSAA Executive Director Jerry Snodgrass.

“As most within the membership are aware, discussion has been ongoing for well over a year with administrators from the GCL Co-Ed Division to determine whether any new options should be considered for selecting ‘designated’ feeder schools. While the OHSAA feels strongly that there are better processes in place to voice concerns and bring about change within our framework than what was followed by the GCL Co-Ed in this instance, ultimately we recognize that the goal for competitive balance has always been to make it fair and equitable for all schools and to level the playing field. We believe this new option does that and promotes the fairness considerations surrounding competitive balance.”

The tier system for students using either option for selecting the “designated” feeder school(s) will remain the same as it is currently written in the OHSAA bylaws and is as follows:

a.) Students who were continuously enrolled in the same system of education since the beginning of seventh grade and attended one of the school’s designated feeder schools shall be Tier 0 (no factors added to enrollment data on a sport-by-sport basis);

b). Students who were continuously enrolled in the same system of education since the beginning of 7th grade but did not attend one of the school’s designated feeder schools shall be Tier 1 (a factor of one added to enrollment data on a sport-by-sport basis, and

Roger Bacon principal Steve Schad said in a release the school will not have a Tier 1 penalty for students coming from Catholic elementary schools that are within a 12.5 mile radius of Roger Bacon. Many of those schools have been sending students to Roger Bacon since 1928, Schad said.

"While we remained concerned about the equitable application of competitive balance penalties in the future, especially for non-Division I schools, this agreement is a big step in the right direction and we thank the OHSAA for addressing our concerns and agreeing to make the system more fair and reasonable," Schad said in a statement.