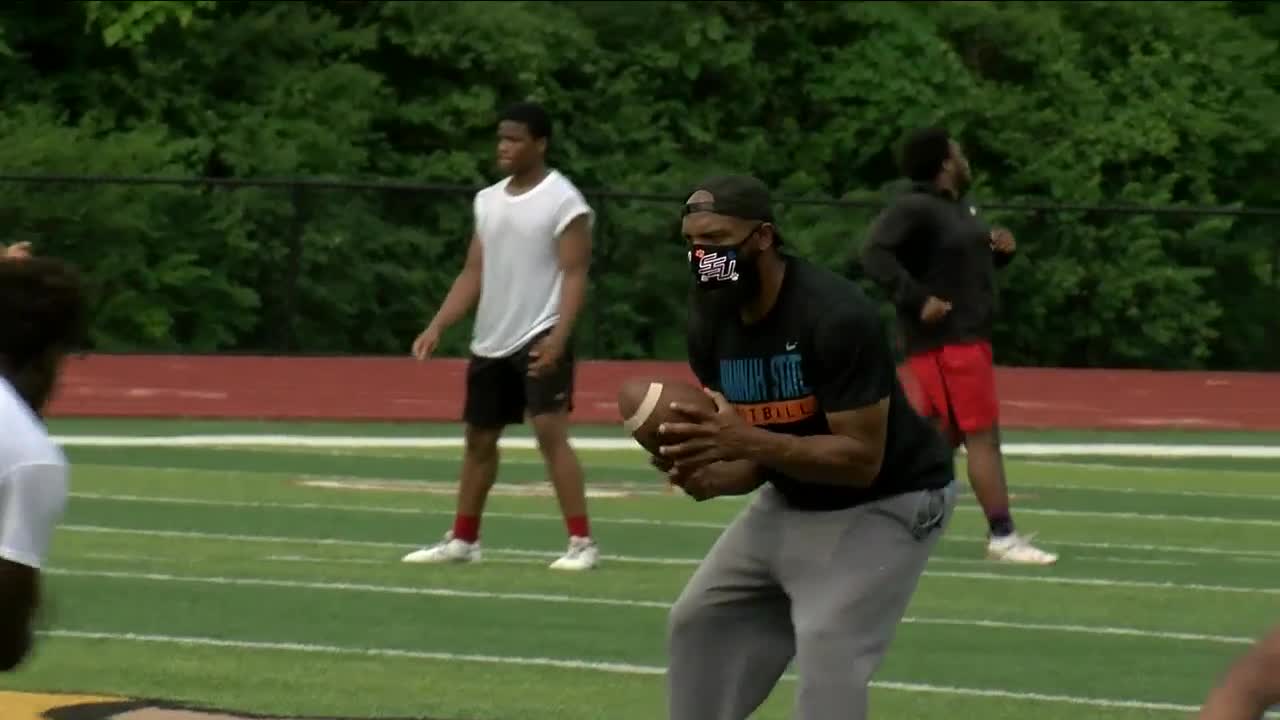 COVID-19 cases have recently cropped up at football programs and weight rooms at Mount Healthy, St. Xavier and Winton Woods, raising concerns for programs across the Tri-State.

The days are busy again, and football is more than just a thought -- it's a summer goal.

"This is what we do," Princeton head coach Mike Daniels said. "We live for the months of June to December as football coaches."

For most programs, football activities started in the first week of June, and Daniels said the structured environment is good for players.

"It's important for our young men to be in a situation where they're being taught discipline, being taught hard work, those life lessons that we all come to love in the great game of football," Daniels said.

COVID-19 cases have recently cropped up at football programs and weight rooms at Mount Healthy, St. Xavier and Winton Woods, raising concerns for programs across the Tri-State.

“Not only with football do we have to watch how we do, what we do, how we're organized and how we're structured, but we also have to make decisions every day, like do you go to Walmart? Do you go to Kroger? Do you go pick up food from wherever, because it (the virus) could be anywhere," Daniels said.

Lakota West Athletic Director Scott Kaufman said managing football during the pandemic is a matter of expecting the worst and hoping for the best.

"If you're going to be out here you need to understand and I have been dead honest with people, you are increasing your risk of exposure," Kaufman said. "As long as you're willing to accept that risk, and you're willing to abide by the same precautions we're putting in place, we have a place for you."

Don Simpson, going into his third season as Middletown’s head coach, has big expectations for the program. He said the team is taking all the necessary safety precautions to reach its football goals this season.

"We haven’t downplayed what our society is going through right now with this pandemic so it's kind of reassuring that we're still continuing, but it's a dose of reality when you see surrounding schools being affected by this," Simpson said.

As numbers continue to spike during this pandemic, preparation moves forward with official football practices set to begin on Aug. 1.

"We have zero exposures or cases as a result of what we're doing in our school," Kaufman said. "I'm going to take that as a positive and hopefully educate the kids on how to protect themselves outside. The 22 hours they're not here, I need them to be smarter. And that's where we need everybody."

Area team leaders said they are cautiously optimistic for football games this fall.

"It does put a sense of doubt there, but I think being away from the boys for the two and a half months, we're so excited to be back around and we're such positive influences for them in their lives," Simpson said. "We're just enjoying this time being together and we're preparing as if Aug. 1 is going to be full go. Just the kids getting out and enjoying it, bringing that atmosphere back into our culture, that will begin to bring back some normalcy."