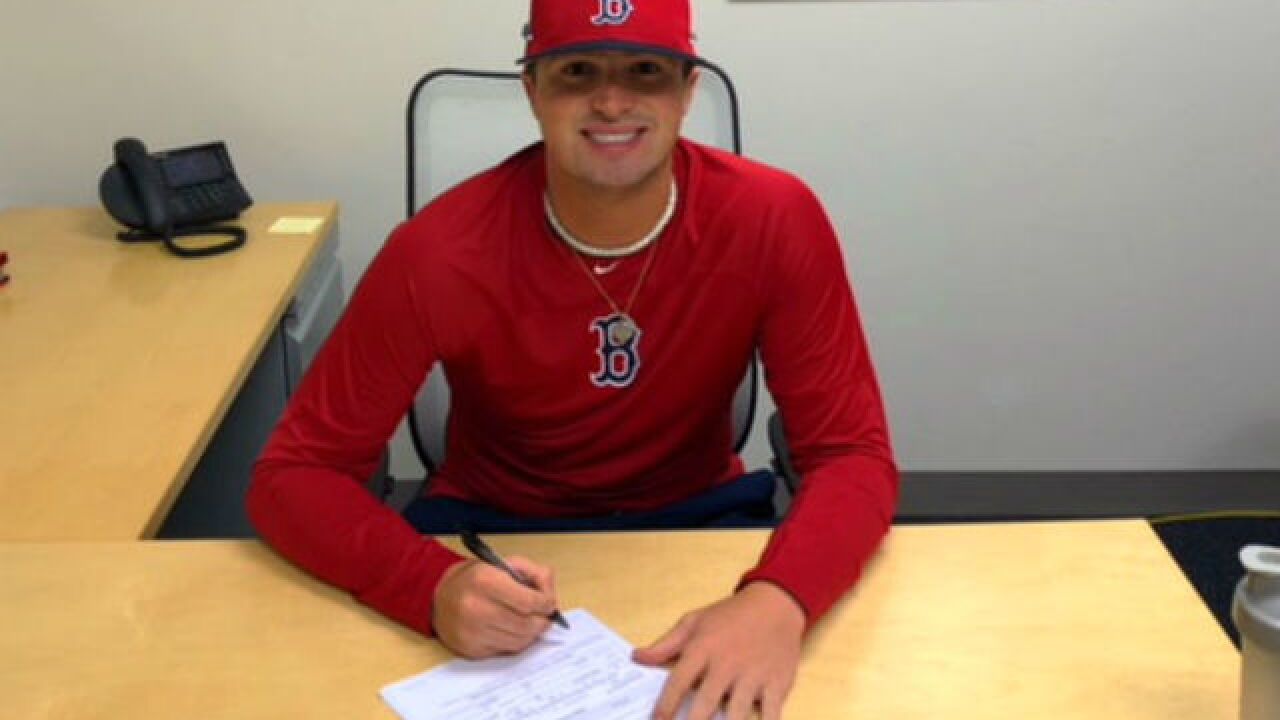 Northcut, the 2018 Gatorade Ohio Player of the Year, was selected by the Red Sox in the 11th round of the Major League Baseball Draft last week. He's already reported to Fort Myers, Fla. That is the location of Gulf Coast Red Sox .

The Division I first-team all-state selection hit .374 with a .512 on-base percentage for the Comets (26-6) this spring. He had 34 hits including 10 doubles, three home runs and 24 RBI, and he had six stolen bases.

Northcut, a Perfect Game All-American, pitched two scoreless innings and had four strikeouts in the regional final win over Moeller May 25 at the University of Cincinnati.

"For four years, he's been a transcendent player for this program," Mason coach Curt Bly said after the game. "This a signature moment for him and certainly for us as a whole team."

Northcut helped to lead the Comets to the Division I state semifinals this spring. It was Mason's first trip to the state tournament since being Class AA state runner-up in 1987.

"We are changing the culture here at Mason," Northcut told WCPO after the state semifinal game June 1. "It's been my goal the past four years to try to change it. To make Mason a well-known team in the state who has an opportunity to go to the state championship as often as possible. There is going to be teams behind us – younger generations -- that will follow in our footsteps. and hopefully get back here soon."

Mason had three former players drafted last week including Northcut, 2013 graduate Andrew McDonald, a Virginia Tech pitcher who signed with the Reds, and North Carolina junior pitcher Rodney Hutchison , a 2015 Mason grad who was drafted by the Yankees.