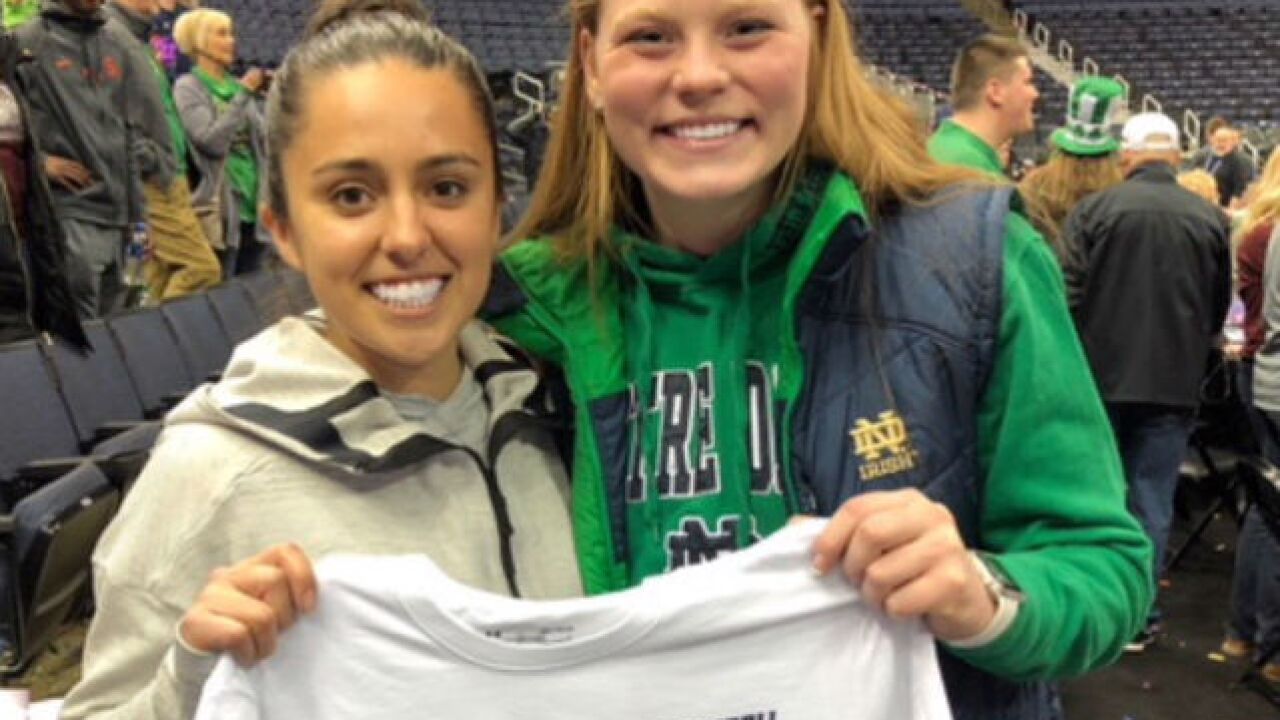 The Lakota West girls’ basketball standout also had an inkling the Irish were going to win the NCAA National Championship Sunday at Nationwide Arena.

She just probably didn’t realize it would be in such dramatic fashion.

Junior guard Arike Ogunbowale made a 3-pointer with 0.1 seconds remaining as Notre Dame defeated Mississippi State 61-58. The No. 1-seeded Irish (35-3) completed the second-largest comeback in Final Four history to defeat the No. 1-seeded Bulldogs (37-2).

“I had the opportunity to be there for both games and it was unbelievable,” Prohaska said Monday. “(Notre Dame) has worked so hard for this with four (anterior cruciate ligament) tears and trying to make things work.”

The Irish lost four players over the course of the season to ACL tears and had only seven healthy scholarship players left during the tournament, according to the Associated Press.

Prohaska, a Division I first-team all-state player for the regional runner-up Firebirds, was at Nationwide Arena for both games. She sat with her AAU team, Sports City U, in an arena suite on Sunday.

Sports City U coach Bryce McKey said he was very happy to see Prohaska’s enthusiasm for her future team on Sunday.

“It was incredible,” Prohaska said. “And being able to witness (the national title) makes me that more excited for the coming year.”

It was Ogunbowale who made a buzzer-beating long-range jumper with one second left to give the Irish a 91-89 overtime win over UConn (36-1) Friday.

“I lost my voice during that game I was screaming so much,” Prohaska said. “Those were the best two NCAA Tournament games I’ve ever watched – hands down.”

Prohaska verbally committed to Notre Dame Nov. 28, 2016 after visiting the campus. She made her pledge by calling Notre Dame head coach Muffet McGraw.

Prohaska, who lives in Liberty Township, signed with the Irish in November 2017.

“Abby brings a tremendous amount of energy,” McGraw said in November. “She is a great team player because she is someone you can count on to take a charge, dive for loose balls and set the tone defensively. You like having her on the court because she does so many little things well.”

Prohaska, the Greater Miami Conference Co-Player of the Year this past season, has the ability to drive, pass or shoot. She averages 15 points, 6.4 rebounds, 4.2 steals, 3.0 assists while shooting 48.6 percent from the field and 37.5 percent from behind the 3-point line.

Prohaska had 21 points, 10 rebounds and four assists in the regional final March 10 at Kettering Fairmont.

She’s been an all-around talented player for the Firebirds and helped Lakota West win the 2015 Division I state title. McKey said Notre Dame liked her toughness on the court throughout the recruiting process.

“She doesn’t have a major weakness,” McKey said. “She is solid in every aspect.”

Prohaska says she can’t put into words the emotions of knowing she will be into a national championship program her freshman year.

“I’m very excited for this journey coming up and the opportunity the other four recruits and I will have,” Prohaska said. “I’ve watched what it takes to get there and I’m looking forward to getting back to work with them and hopefully defending the national title.”