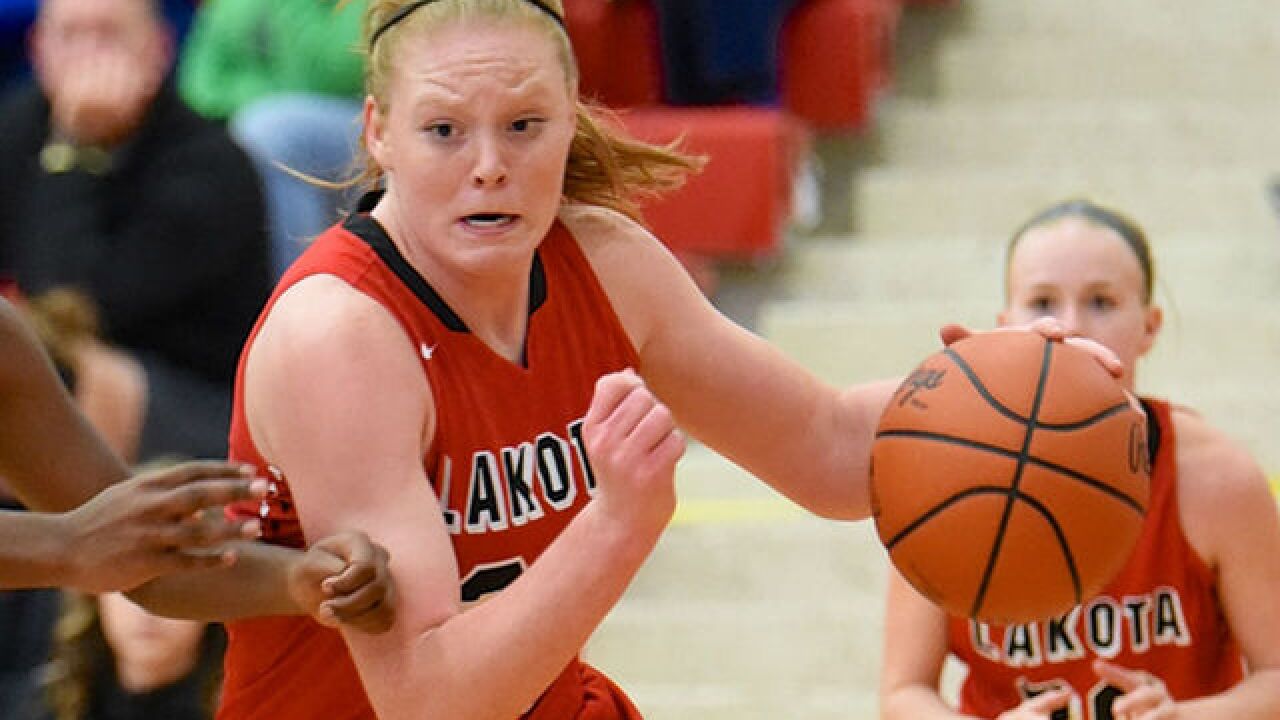 CINCINNATI -- Lakota West junior guard Abby Prohaska knew precisely when she felt the University of Notre Dame was the right place for her.

The Lakota West basketball standout was in the car ride back from South Bend, Indiana after a campus visit a week ago when everything felt right. She felt connected with the players and coaches. And she felt very strongly about the academics.

“She was very ecstatic,” Prohaska said.

Lakota West made the announcement Wednesday afternoon prior to the Firebirds’ game at Oak Hills.

"I think that she is very deserving of playing for a national championship-caliber program which also happens to be one of the most prestigious universities in the country," Lakota West coach Andy Fishman said. "The best of both worlds -- academics are for life."

Lakota West is 2-0 having won back-to-back games in the inaugural Journey to the Tourney held this past weekend at the school.

Prohaska averages 11 points, 8.5 rebounds, 4.5 assists and 2.0 steals for the Firebirds who host Mason on Saturday afternoon in a rematch of last season’s Division I regional final.

Prohaska, one of the nation’s top players in the 2018 class, earned a bronze medal for the USA Basketball Women’s Under-17 World Championship Team this past summer.

Known as a tough player who is versatile on both ends of the court, Prohaska was considered one of the state’s top six uncommitted players in the 2018 class entering this past weekend. She is a strong ball handler who can get to the paint off the dribble in a hurry. She is also an efficient passer. She is expected to take more shots from the perimeter this season.

Prohaska is undecided on an area of study but said the academic programs at Notre Dame were a key point in her decision. She also said staying relatively close to her family was also important.

Notre Dame was one of eight schools on her final list of schools. She won’t sign until November 2017.

"Abby plays harder than any athlete I have ever been around and she is a fabulous young lady," Lakota West Principal Elgin Card said. "I'm very proud of her."