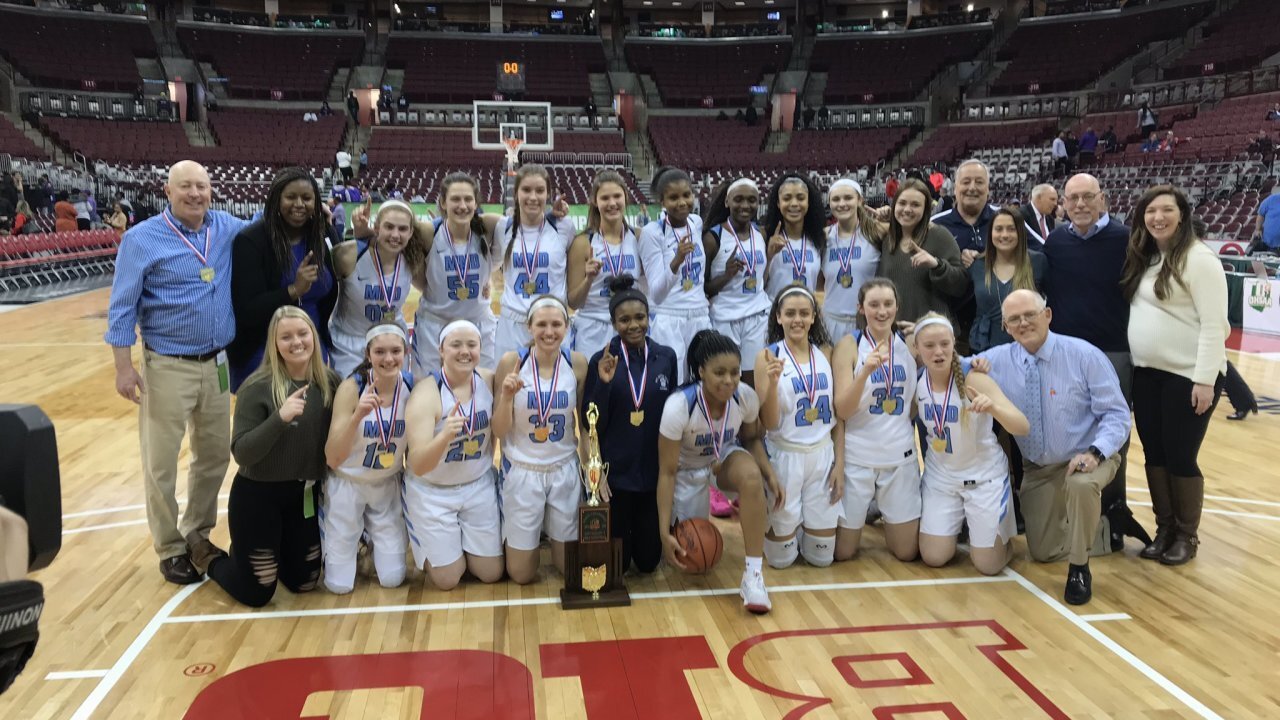 Mike Dyer/WCPO
The Mount Notre Dame basketball team defeated Pickerington Central 52-31 in the Division I state final this past March in Columbus.

CINCINNATI — The Mount Notre Dame basketball team is ranked No. 13 nationally this week by MaxPreps.

The reigning Division I state champion Cougars are also ranked No. 1 in the Ohio Girls Basketball Report preseason rankings, too. MND was ranked No. 13 in the final rankings last season.

“All our kids had great summers,” MND coach Dr. Scott Rogers told WCPO earlier this fall. “It’s been fun to be around and watch them play.”