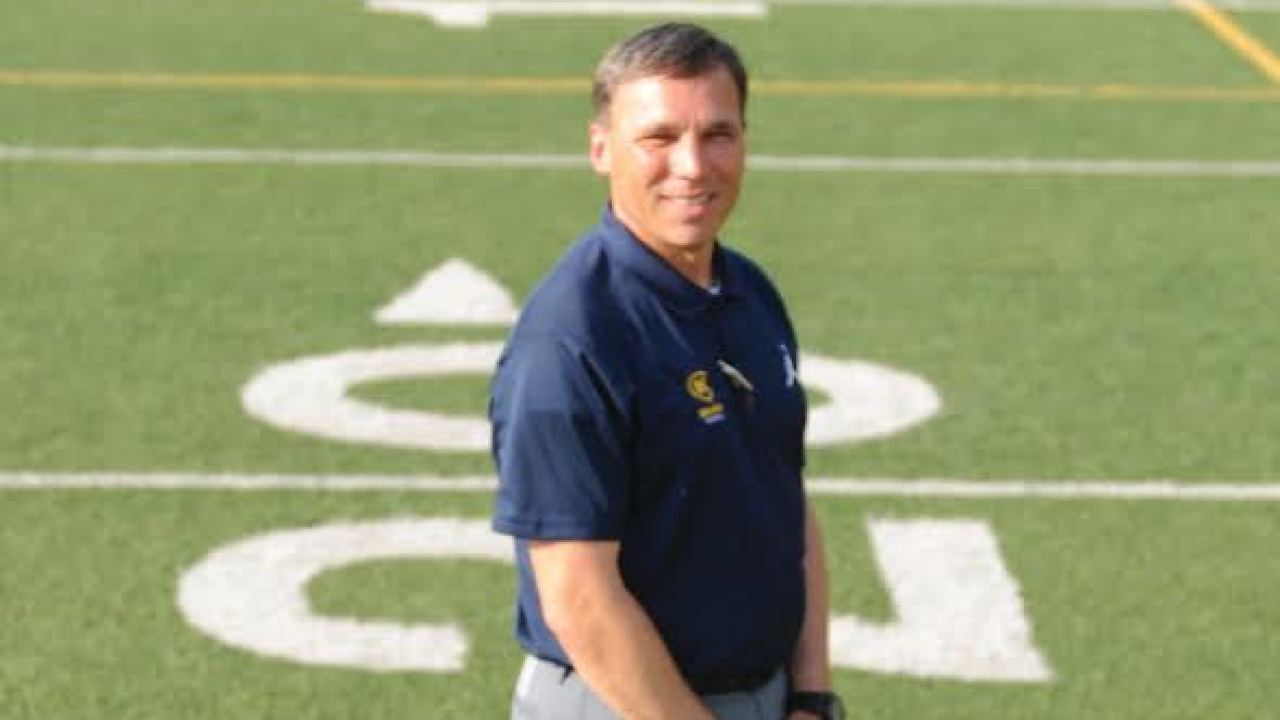 “We are excited for Todd to take the position of the seventh head coach of Moeller football,” said athletic director Mike Asbeck, “Through the process of the nationwide search, we were led to one conclusion – our best candidate was right here at home. Todd is the perfect person to maintain the culture and values of the team and continue to build on the foundation we have built here at Moeller.”

Naumann, a 1991 Moeller graduate, had been the Crusaders’ acting head football since Feb. 11 after former head coach Doug Rosfeld accepted the director of coaching operations position with the Cincinnati Bengals.

"Now we have an opportunity to sort of pick up where Doug left off," Naumann told WCPO in February. "And to continue to take Moeller to the next level and back to really where it belongs."

Naumann was formally introduced to the team early Tuesday morning before school.

"Really the families, the alumni, the administration - there is a lot of folks at Moeller who know me really well," Naumann said in February. "I think that there is nobody in the world that knows better what Moeller High School and Moeller football need to make it the remarkable program that is has been created to be. I’m looking forward to the future and making sure that we make all the decisions and do great things for these men and that everything is done in a first-class manner. And that Moeller football is as strong and as healthy as it’s ever been."

He played four years of football at Thomas More College and earned a bachelor’s degree in history in 1995. He earned a master’s degree in education from Xavier in 2000.

Naumann returned to his alma mater as a coach in 1992 and as a teacher in 1997. Naumann coached Rosfeld in football during the 1990s. They also coached together in football and in rugby. Naumann is the third Moeller alumnus to be named the Crusaders' head football coach, joining Rosfeld (2018) and Bob Crable (2001-07).

Naumann was a varsity football coach at Archbishop McNicholas High School from 2011-2017 after a brief stay at Covington Catholic as defensive coordinator. Naumann returned to Moeller in 2018 as associate head coach.

“Doug and I have had a great relationship,” Naumann told WCPO in February. “We’re close family friends as well. We’ve worked certainly intimately together the last 15 months to help get Moeller football back on track.”

Naumann learned he would be Moeller's acting head coach while he was at dinner with Rosfeld and Bengals head coach Zac Taylor Feb. 10. Moeller said it would conduct a national coaching search and that Naumann would be a candidate.

Naumann, who had also been the strength and conditioning coach for about 15 years, took the opportunity in February and said he made all the decisions that a head coach would make with the full support of the administration.

"To be honest with you, I don't have any time to feel anything right now because there is too much work to do," Naumann said Feb. 13 about his coaching future. "...There is no time to worry about what the timeline is. We've had a group of guys that we have to move forward. We think we have an excellent incoming freshman class and we want to take great care of those guys. We've got a plan that is in place."

Naumann is the Trinity House Dean and social studies teacher at Moeller. He has worked with the football, basketball, track, golf, and rugby programs at Moeller. He was also involved with the school's strength and conditioning program.

Naumann and his wife, Leah, have five children: Kyle, Caleb, Kelsey, Kolbe, and Caden. They reside in Sycamore Township and are members of St. Gertrude Parish.

Moeller (6-5 in 2018) earned the Greater Catholic League South Division outright championship last season for the first time since 2013. The Crusaders were also a Division I playoff qualifier.

Moeller has 35 postseason football appearances, which is tied with Newark Catholic for the most in Ohio High School Athletic Association history.