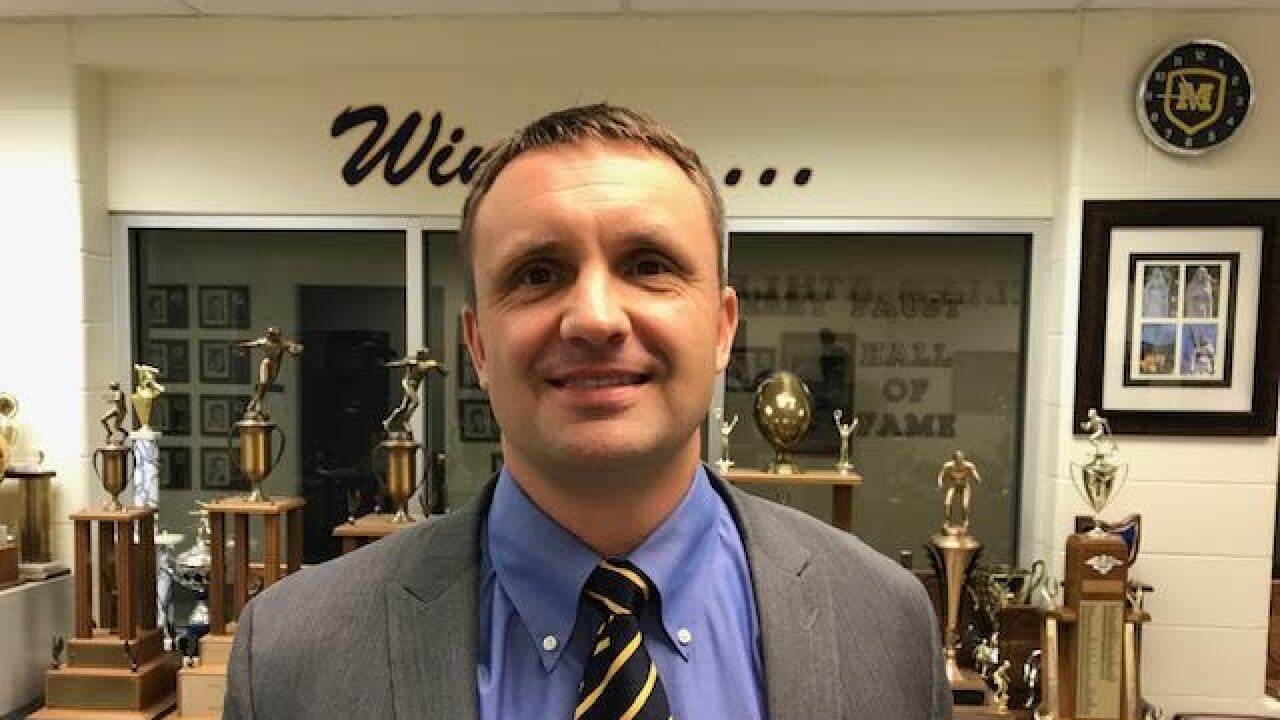 SYCAMORE TOWNSHIP, Ohio — Mark Elder and his family feel at home at Moeller High School. It is a homecoming of sorts to the area.

Elder, his wife, Lindsey, and their three children were at the introductory press conference Thursday afternoon at the school. Elder has 20 years of coaching experience overall with programs in the Southeastern Conference, Big Ten, Big East, and Mid-American Conference.

“We feel very fortunate to welcome Mark to the Moeller family," Moeller athletic director Mike Asbeck said. "The caliber of his coaching and his track record as a proven winner will elevate Moeller football in the years to come."

Naumann stepped down Nov. 8 after one season with the Crusaders. Moeller was 2-8 overall including 0-3 in the Greater Catholic League South division in 2019.

"I know that that's always difficult when there is transitions and there is a new guy at the front of the room every year," Elder said.

"That certainly makes things difficult – no question about it. And I look to bring stability to the program. I've been through transitions as a player and as a coach – both high school and college I went through transitions where my head coach left, and numerous times I've been a part of a new staff coming in and a new culture and new expectations. I always think that is the toughest on the players, and we are going to try to make as seamless of a transition for them."

Moeller opens the 2020 season at Middletown in a game at Barnitz Stadium Week 1. It is a one-year deal between the programs.

Asbeck said Moeller needs to finalize a Week 4 opponent and the season schedule isn't completed yet. Asbeck said Thursday morning Moeller plans to play home games at Princeton High School as it did most of this past season.

Eastern Kentucky University announced Nov. 25 Elder would not return as the Colonels’ head coach. Elder was 21-24 in four seasons including 15-16 in the Ohio Valley Conference. The Colonels won seven games each of the past two seasons.

His EKU football teams also had over 2,000 hours of service in the community in the last two years, according to Moeller.

Prior to EKU, he previously served as the tight ends coach and special teams coordinator at the University of Tennessee starting in 2013 under former head coach Butch Jones.

Elder was also a University of Cincinnati assistant from 2010 to 2012 with Jones. Elder coached tight ends, running backs, safeties and special teams over that time with the Bearcats.

Over his final 11 seasons as an assistant coach, Elder helped his teams reach nine bowl games and win four conference championships, according to his biography from EKU.

Elder helped the University of Michigan and former head coach Lloyd Carr reach bowl games as a defensive graduate assistant in 2005 and 2006.

Moeller is tied with Ironton for having the second-most OHSAA football playoff appearances (35) in state history. Moeller was No. 10 all-time in football playoff wins (49) entering the 2019 postseason.