Moeller football coach Todd Naumann steps down after one season 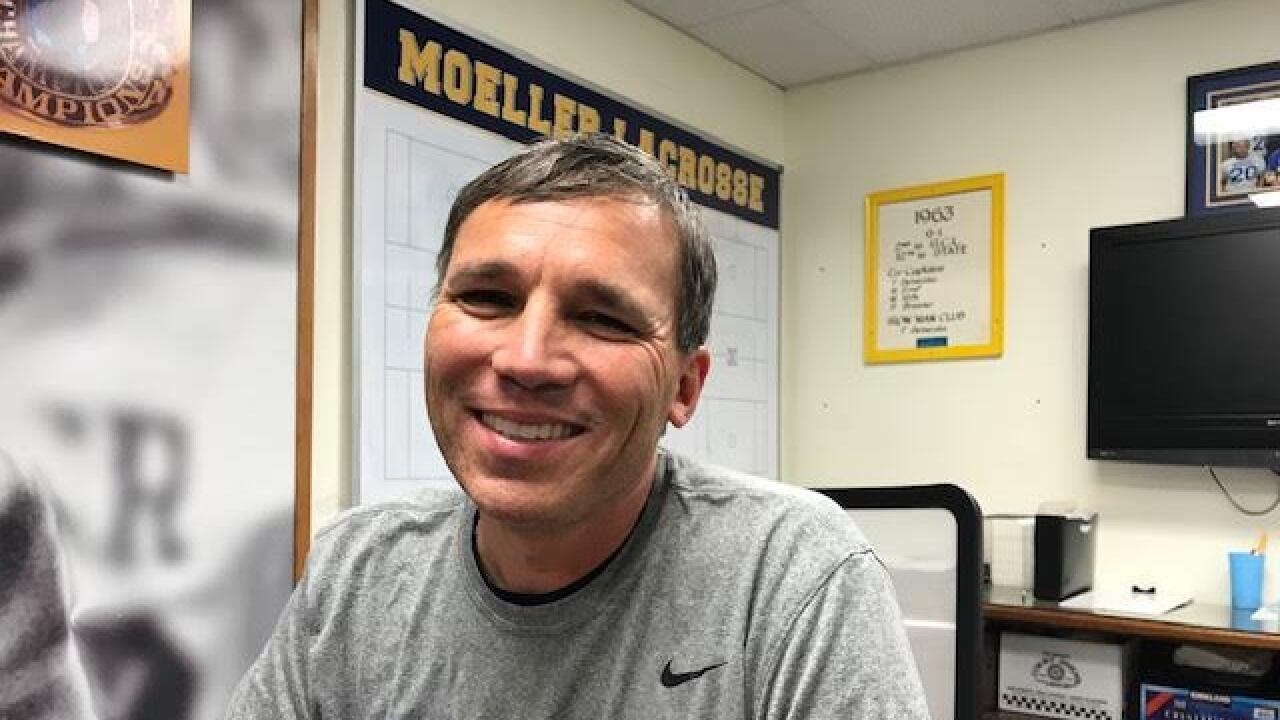 SYCAMORE TOWNSHIP, Ohio — Todd Naumann's pride in the Moeller football program would not waver even on a day when he stepped down as the Crusaders' head football coach after one season.

"I am going to be a better man for this and a better coach," Naumann told WCPO Friday morning. "I think that ultimately for our program – like I said our program is headed in the right direction. There is a lot of good days ahead. This isn’t the end of the road for us – this is the start of a new chapter and it’s going to be good.”

Naumann stepped down after one season as the Moeller head football coach, the school announced in a news release Friday morning. Moeller was 2-8 overall and 0-3 in the Greater Catholic League South division this season.

“That word success can be pretty tricky as you know," Naumann said. "And how you define success can be pretty challenging at times, and so I’d really say unashamedly that even in the midst of some losses, there were a lot of really good things that were going on that maybe everybody in the community didn’t necessarily see but we saw on a daily basis. I really tried to guide the program through what has been a challenging season. I guess you could say certainly in the win-loss column probably clearly the most challenging season in the history of Moeller football."

Moeller athletic director Mike Asbeck said the process is just starting for finding the next head coach and the right fit for the program. He said there is no timeline for naming a new head coach. Moeller doesn't plan to name an interim head football coach.

Ryan Ross, the head strength and conditioning coach, will lead the offseason workouts after the dead period ends, Asbeck said.

Naumann, a 1991 Moeller graduate, will continue to be on the faculty as a social studies teacher at the school.

"I started here as a freshman in 1987 and this has been a really important of my life for 32 years now," Naumann told WCPO. "That doesn’t change. That’s not going to change for me. I am much of who I am because of Moeller High School particularly Moeller football and the great men that I have been around."

Naumann was named in late March 2019 as the seventh coach in the storied program's history after the school said it conducted a nationwide search. Naumann had been the Crusaders’ acting head football starting in February 2019 after former head coach Doug Rosfeld accepted the director of coaching operations position with the Cincinnati Bengals.

Naumann said his players competed with dignity and class this season and tried to represent Moeller in the best way possible.

Naumann also said the program tried to lay a foundation for the future. He said to there isn't an easy answer for what the program needs from the next head coach going forward.

"The bottom line is that I believe strongly in the mission of this school and in anybody’s life and in anybody’s professional career – there is always going to be ups and downs," Naumann said. "The bottom line is I still believe in what Moeller High School is about and I believe strongly in what the core values of the football program are about. That’s what we tried to continue to build upon this year.”

Naumann started his coaching career also began as a Moeller defensive line coach. He was a varsity football coach at Archbishop McNicholas High School from 2011-2017 after a brief stay at Covington Catholic as defensive coordinator. Naumann returned to Moeller in 2018 as associate head coach.

He played four years of football at Thomas More College and earned a bachelor’s degree in history in 1995. He earned a master’s degree in education from Xavier in 2000.

Naumann returned to his alma mater as a coach in 1992 and as a teacher in 1997. Naumann coached Rosfeld in football during the 1990s. They also coached together in football and in rugby.

Naumann was the third Moeller alumnus to be named the Crusaders' head football coach, joining Rosfeld (2018) and Bob Crable (2001-07).

He has worked with the football, basketball, track, golf, and rugby programs at Moeller. He's also been involved with the school's strength and conditioning program.