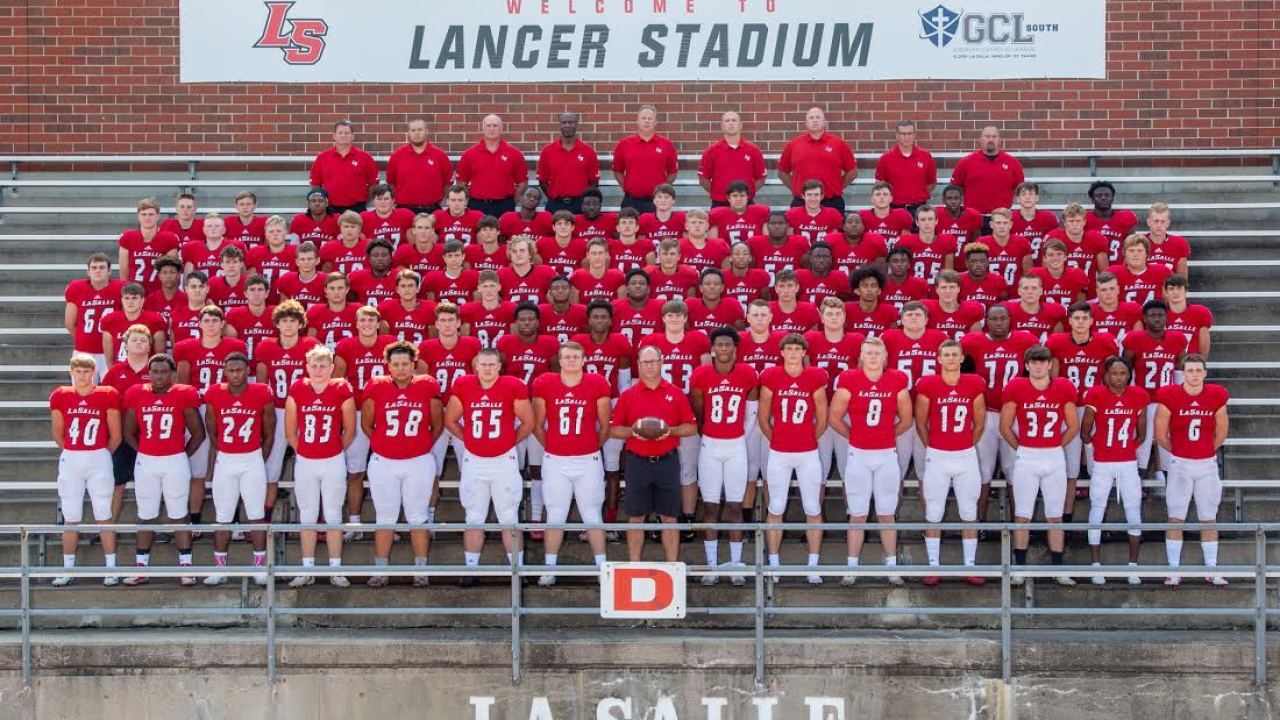 Massillon Washington High School is a 17-minute drive to the stadium.

Regardless of the commute time, La Salle coach Pat McLaughlin isn’t dwelling on geography as the Lancers (12-2) prepare to face Massillon (14-0) in the Division II state football championship at 7 p.m. Thursday in a venue adjacent to the Pro Football Hall of Fame in Stark County.

“Our kids are excited to play,” McLaughlin said. “Our motto all year has been ‘No Excuses,’ so we will play where they tell us to play.”

There are plenty of significant storylines in the opening game of the Ohio High School Athletic Association’s seven state football finals being played in Canton for a third consecutive season. The La Salle football team will leave school at 10 a.m. Thursday and return the same night, according to athletic director Brian Meyer.

“We know we have a very tough opponent with great tradition coming up on Thursday night,” McLaughlin said. “It’s going to take our best effort in terms of preparation, focus and practice to be in the game on Thursday. They are undefeated and they are a very well-coached football team. We are excited for the opportunity.”

Thursday night is the first time since 1972 that La Salle will play Massillon. The Tigers won that regular season game 14-0 over the visiting Lancers that year.

Thursday night is also one of two state finals featuring No. 1 regional seeds facing each other this season. The other game is the last contest of the weekend, which features Kirtland (14-0) against Ironton (13-1) in Division V Saturday night.

“We are facing a great opponent on Thursday,” Massillon coach Nate Moore said. “No doubt the best team we’ve played and we are going to have to be at our best.”

Massillon, ranked No. 25 nationally by USA Today, has the most all-time playoff wins (39) without a state title, according to the OHSAA.

“Massillon is a very physical, well-coached team,” McLaughlin said. “They are good on defense and score a lot of points. In a game like this, turnovers will be important. Stopping the run and being able to run the ball on offense will be key.”

There is plenty of familiarity on both sidelines. Moore led La Salle to its first state title in 2014. La Salle won three consecutive state titles from 2014-16 at Ohio Stadium in Columbus. Moore accepted the Massillon Washington head football coach and athletic director positions in January 2015.

“I am proud of my time when I was at La Salle,” Moore said. “It’s definitely different than playing somebody you don’t have any connection with. We will shake hands before the game and wish them luck but we have to hold that stuff to the side and I have to put that side this week during preparation.”

Ironically, McLaughlin and Moore were teammates for a year in the 1990s on the University of Dayton football team and the two have known each other since 1999. McLaughlin was a senior quarterback when Moore was a freshman right tackle.

“We’ve stayed in touch and we’ve talked,” Moore said. “Pat is an outstanding family man first and a great football coach. It doesn’t surprise me that La Salle is back in the state championship game.”

None of the current Lancers were on La Salle’s 2014 state championship team but the few current players on the 2016 team would love to have a joyous concluding chapter.

“It would mean the world to me to finish my career out with a state championship,” La Salle senior running back/linebacker Cam Porter said earlier this season. “It would truly be a blessing. I tell everybody who asks about the team that this team kind of reminds me of the 2016 team with all the talent on offense and the talent on defense – the way we fly around and make plays. So it would definitely be awesome.”

McLaughlin is quick to credit Porter and the 13 other seniors this postseason for their effort and leadership. The Lancers also have plenty of other younger players who’ve stepped in key moments.

La Salle averages 32.9 points while allowing an average of 12.8 points.

Porter, a Northwestern verbal commit, has rushed for 850 yards and 15 touchdowns and has 310 yards receiving and two touchdowns. Defensively, he has 33 tackles including 2.5 sacks.

Sophomore Gi’Bran Payne continues to excel this postseason. He has 661 yards rushing and eight touchdowns. Defensively, he has 29.5 tackles including four sacks.

Senior kicker Jake Seibert (Ohio State) is 7 of 10 on field goals including a career-long 48-yarder in the regional semifinal against Harrison two weeks ago. He is 59 of 61 on PATs.

One key to watch will be La Salle's secondary against Massillon's wide receiving corps.

"It looks like their entire defensive backfield has Power Five offers so they outnumber us four to two if you are keeping score there," Moore said. "They have some outstanding players."

Massillon averages 42 points and allows 10.2 points. The Tigers are led by several players including senior quarterback Aidan Longwell, a Kent State baseball signee, who has thrown for 2,359 yards and 28 touchdowns.

“The quarterback has an unbelievable arm,” McLaughlin said. “It looks like he’s got presence there. He has very good command of the offense.”

McLaughlin said the Lancers are happy to have an opportunity to compete in an excellent atmosphere on Thursday night in Canton. McLaughlin credits the entire program and school community for its support in making the journey to Canton.

"I just like being around these kids," McLaughlin said. "I love going to practice. They are a great group of young men to be around."