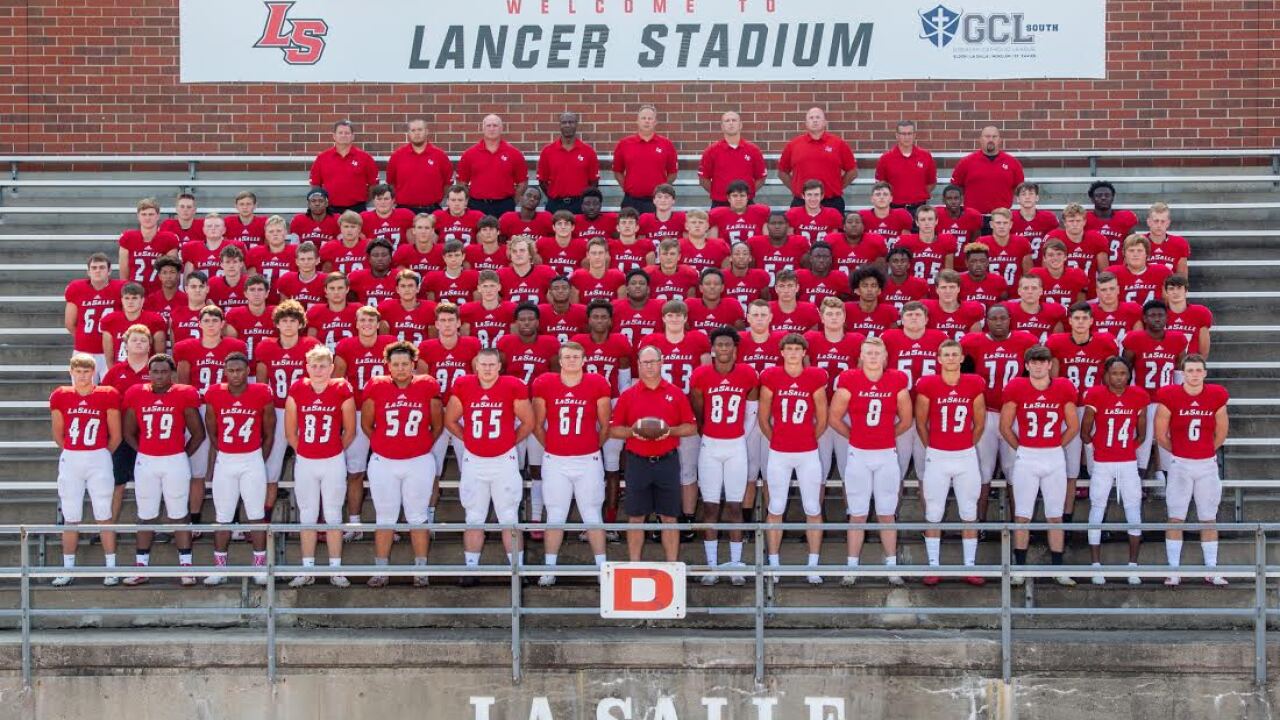 SIDNEY, Ohio — The Lancers are back in the state championship game. This time, Lancer Nation is going to Stark County.

"We are all excited," La Salle coach Pat McLaughlin said. "I'm just happy for the seniors and all the kids on this team."

Junior quarterback Zach Branam, sophomore running back Gi'Bran Payne and senior running back Cam Porter were among the standouts. Senior linebacker Luke Thiemann had a key sack on fourth down in the fourth quarter, McLaughlin said.

McLaughlin said he was proud of how the Lancers persevered through adversity in the first half Friday night.

"Our 14 seniors have not let anything waiver in terms of their hard work and preparation," McLaughlin said. "It's really a tribute to those 14 seniors that we are still playing."

McLaughlin told the team on Thanksgiving he was thankful to be able to host practice at Lancer Stadium this week.

"There is going to be a lot of ties to the game," McLaughlin said. "I am sure they are great. I haven't seen one second of them. We will get the film tonight."

Massillon is coached by Nate Moore, who led La Salle to its first state title in 2014. La Salle won three consecutive state titles from 2014-16 at Ohio Stadium in Columbus.

La Salle was ranked No. 6 in the season’s final Division II state poll, while Massillon was No. 1.

Friday night was La Salle’s fourth trip to the state semifinals. The Lancers also played in the 2016, 2015 and 2014 Division II state semifinals – the same seasons they won state titles.