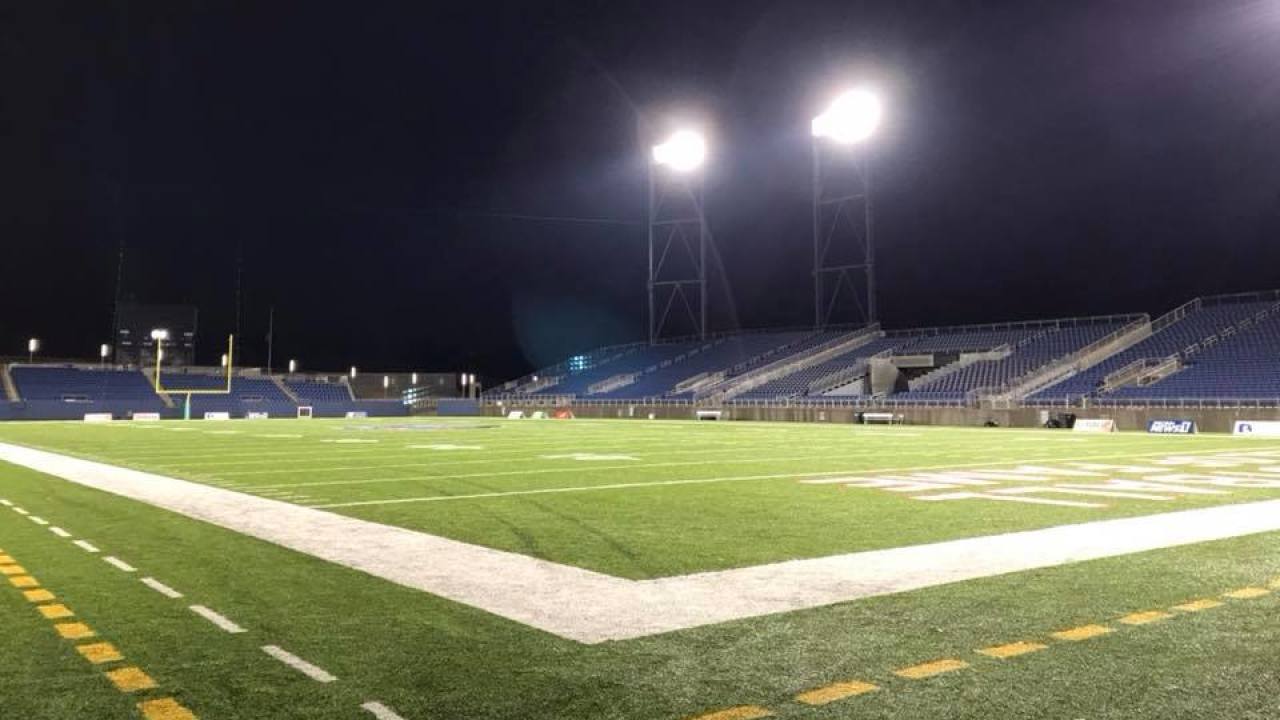 Mike Dyer/WCPO
The 2019 state football finals will be held at Tom Benson Hall of Fame Stadium in Canton this December.

COLUMBUS — Instant replay in the Ohio High School Athletic Association state football finals took another step forward Monday, but nothing has been officially decided just yet.

The OHSAA Board of Directors voted 9-0 to continue to examine the possibility of instant replay for the seven state finals Dec. 5-8 at Tom Benson Hall of Fame Stadium in Canton.

The OHSAA wants to continue to look at its options, including the process and the cost involved.

Beau Rugg, OHSAA’s director of Officiating and Sport Management, told WCPO Tuesday morning instant replay in the state football finals is expected to happen unless there is a previously undiscovered prohibitive cost.

Instant replay may include official calls involving fumbles, interceptions, scoring plays and other similar instances that wouldn't disrupt the flow of a game. The officials would presumably make the communication to the stadium press box in a scenario where a play could be reviewed.

The OHSAA has consulted with Big Ten replay officials and an NFL official regarding how instant replay could possibly be implemented in the state finals. The OHSAA must also likely work extensively with a TV partner such as Spectrum in order to make replay available and to constructively conduct a review process.

The National Federation of State High School Associations announced in February a rule change that would permit state associations to create instant replay procedures for state playoff football games only.

The change was approved by the NFHS Football Rules Committee and would allow game or replay officials to use a monitor during state playoff games to review decisions by the on-field game officials.

At least three state associations — Alabama, New Jersey and Minnesota — had instant replay in football during the 2018 season. Alabama and New Jersey adopted replay for their regular seasons while Minnesota keeps the rule for its state semifinal and final games.

Georgia has also discussed the possibility of instant replay for its state football finals.

Wyoming (15-0) was the only area school to capture an Ohio football state title (Division IV) in 2018. Colerain (14-1) was the Division I state runner-up.