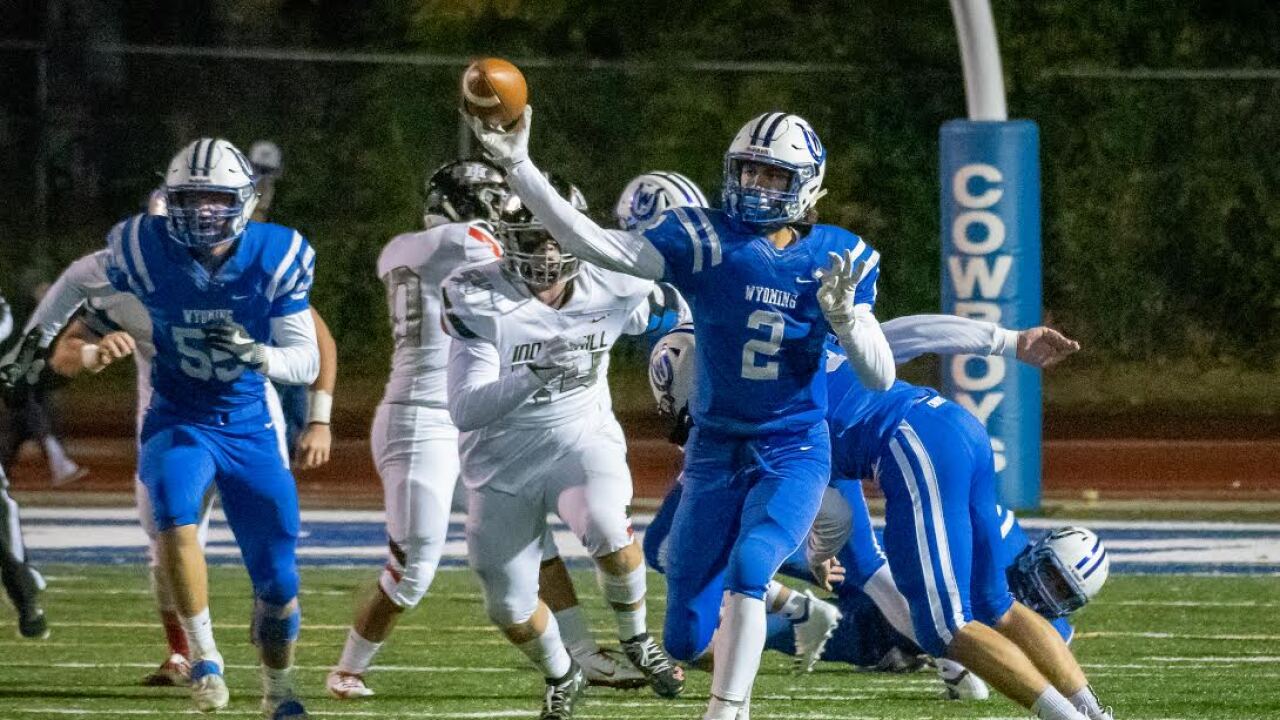 Tim Wilking
Wyoming senior quarterback Evan Prater threw for 1,816 yards and 21 touchdowns and rushed for 1,509 yards and 28 touchdowns for the Cowboys this season.

Prater, who is verbally committed to the University of Cincinnati, is the first Ohio Mr. Football from the Cincinnati area since Norwood’s Marc Edwards won the prestigious award in 1992. Prater is the second area player to win the annual award since it began in 1987.

Prater, Wyoming coach Aaron Hancock and Edwards joined the WCPO High School Insider to discuss the significance of the award and share some football memories.