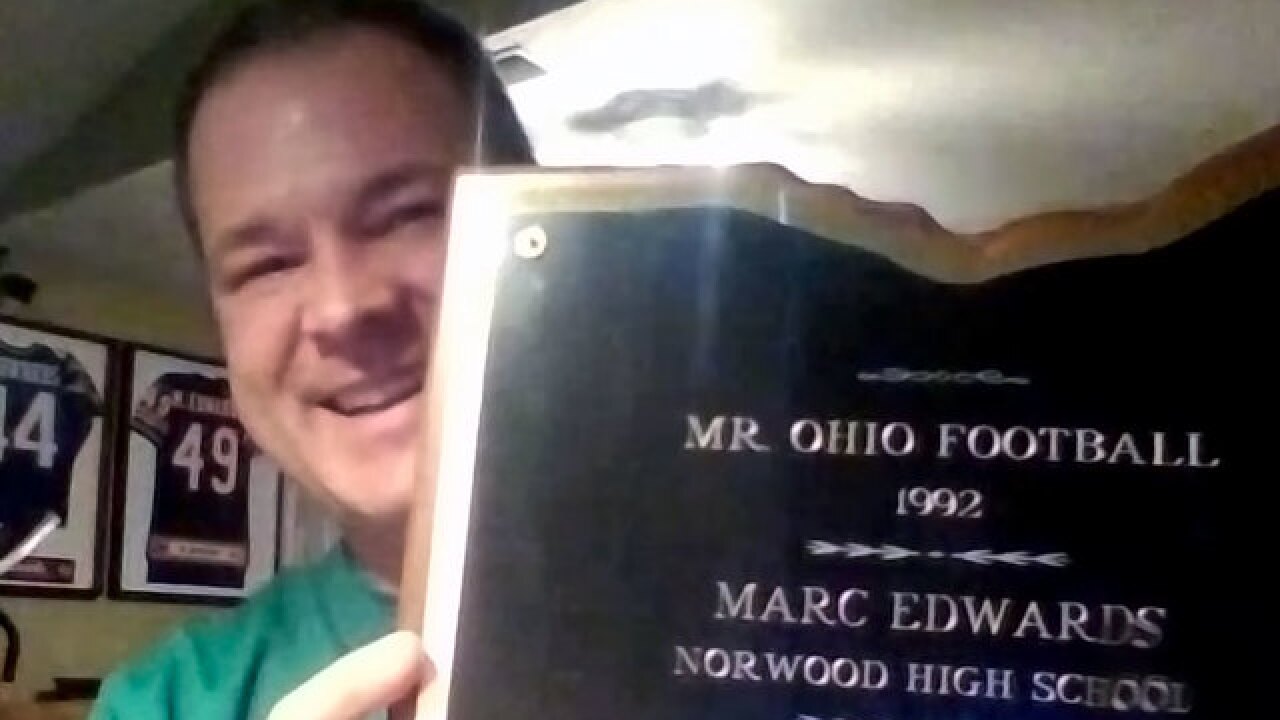 Edwards, who starred at Norwood High School and later at Notre Dame, played in the NFL from 1997 to 2005. He won a Super Bowl ring with Tom Brady and the New England Patriots in 2002.

Edwards reflects on Mr. Football, his favorite memories of Norwood and what he's most proud of during his NFL career.

Listen to the episode in the player above.

High School Insider with Mike Dyer offers exclusive interviews with Greater Cincinnati student-athletes, coaches and administrators along with news and analysis from around the region each week. Hosted by WCPO Sports Reporter Keenan Singleton, this podcast brings a unique insight and perspective for the high school sports storylines and personalities in the fall, winter and spring seasons.