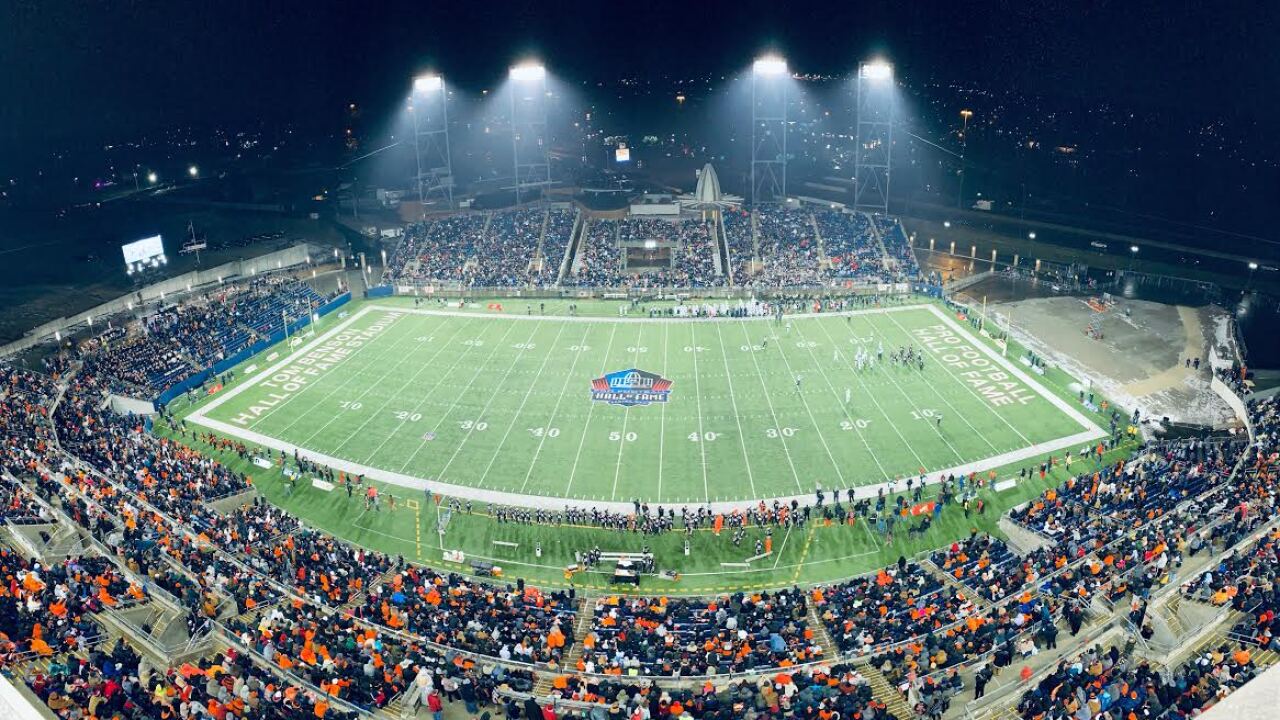 Provided by the OHSAA
Tom Benson Hall of Fame Stadium will host the OHSAA state football finals this week for a third consecutive year in Canton.

State football finals week is here in Ohio and Kentucky.

In Kentucky, Covington Catholic plays Frederick Douglass in the 5A state final Saturday night in Lexington.

Ohio High School Athletic Association Executive Director Jerry Snodgrass joined the podcast to discuss the state finals venue in Canton and what the future may hold for a long-term location for the championship games.