Elder advances to state championship with 31-24 win over Springfield 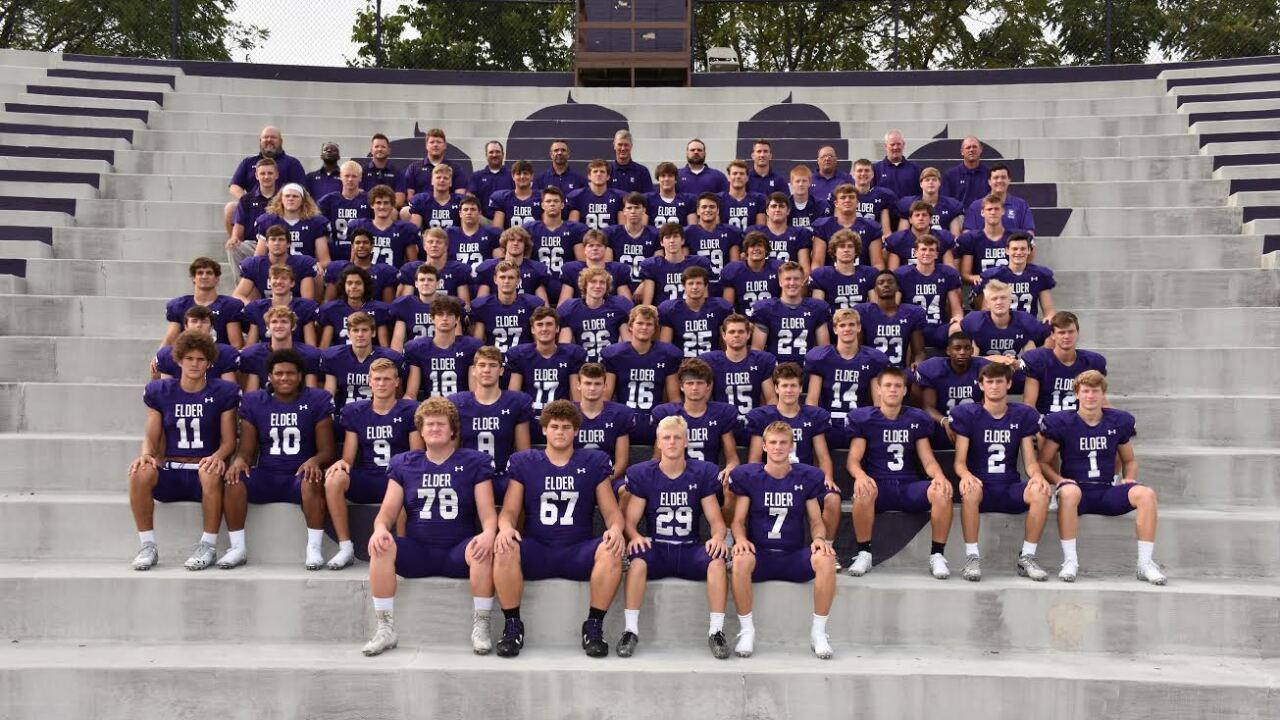 Provided
The Elder football team made its sixth trip to the state semifinals Friday night. The Panthers played Springfield in the first meeting between the two programs.

PIQUA, Ohio — The Elder football team will be in the Division I state championship game in Canton next week.

The Panthers are Canton bound. @ehsports beat Springfield 31-24 in the Division I state semifinal, advancing to the state championship game for the fourth time in program history! pic.twitter.com/8ILiSmutPT

"I can just think about it when I was yay high," said Elder senior offensive lineman Jakob James. "It’s a dream come true and it’s turning into a reality – that’s what we are all saying. You come to Elder dreaming about it but we’re turning it into reality.”

The win puts the Panthers in the state final for the fourth time in program history. Elder won Division I state titles in 2002 and 2003 and was a state runner-up in 2008.

Elder needed a strong effort against Springfield in all three phases Friday night.

“It’s amazing how many games like this we’ve had throughout the year," Elder coach Doug Ramsey said. "In the last three, in the playoffs, they have been nailbiters where our defense has to get a stop at the end of the game to preserve a win.”

The Panthers took a 7-0 lead after senior quarterback Matthew Luebbe found senior Evan Vollmer on a 7-yard touchdown pass connection with 2:00 left in the first quarter. That first score was set up by senior Nicholas Seger’s interception.

Springfield responded on its next drive when Springfield sophomore quarterback Te'Sean Smoot found senior James Wood II for a 31-yard touchdown pass connection on third down to help tie the game at 7 at the 10:30 mark of the second quarter.

Springfield sophomore free safety Delian Bradley’s interception set up the Wildcats’ next scoring drive. Smoot found senior wide receiver Larry Stephens in the corner of the end zone for a 19-yard touchdown to give Springfield a 14-7 lead with 5:44 left in the first half.

Elder went three-and-out on its next possession, but the Panthers received the ball back after senior defensive back Ben Deters returned an interception more than 30 yards.

The Panthers quickly moved the ball on the ground game with Luebbe’s 11-yard run and back-to-back 10-yard carries from junior running back Cooper Johnson.

They converted the fourth down attempt and scored two plays later when Luebbe found Royer for a 7-yard touchdown with 12 seconds left in the second quarter.

Elder senior Sam Harmeyer made a 30-yard field goal to give the Panthers a 17-14 lead with 7:42 left in the third quarter.

Springfield went on nearly a five-minute ensuing drive capped by sophomore Cole Yost’s 35-yard field goal to tie it at 17 late in the third.

Elder converted on fourth down to open the fourth quarter when Luebbe found Vollmer on a 8-yard pass connection. The Panthers scored three plays later when Catania scored on a 3-yard touchdown run to make it 24-17.

Royer recovered an onside kick for the Panthers that really changed the momentum in the fourth quarter.

"That was a huge play obviously in the game," Ramsey said.

Springfield scored again with 6:46 left to close the gap to 31-24. Elder's defensive proved to be strong at the end once again to halt Springfield's last possession.

Elder, ranked No. 22 nationally by MaxPreps, was ranked No. 9 in the season’s final Division I state poll, while Springfield was No. 5.

"He is great," Royer said. "There is not other quarterback out there like him. He is the key to the success of our team and he is a great player.”