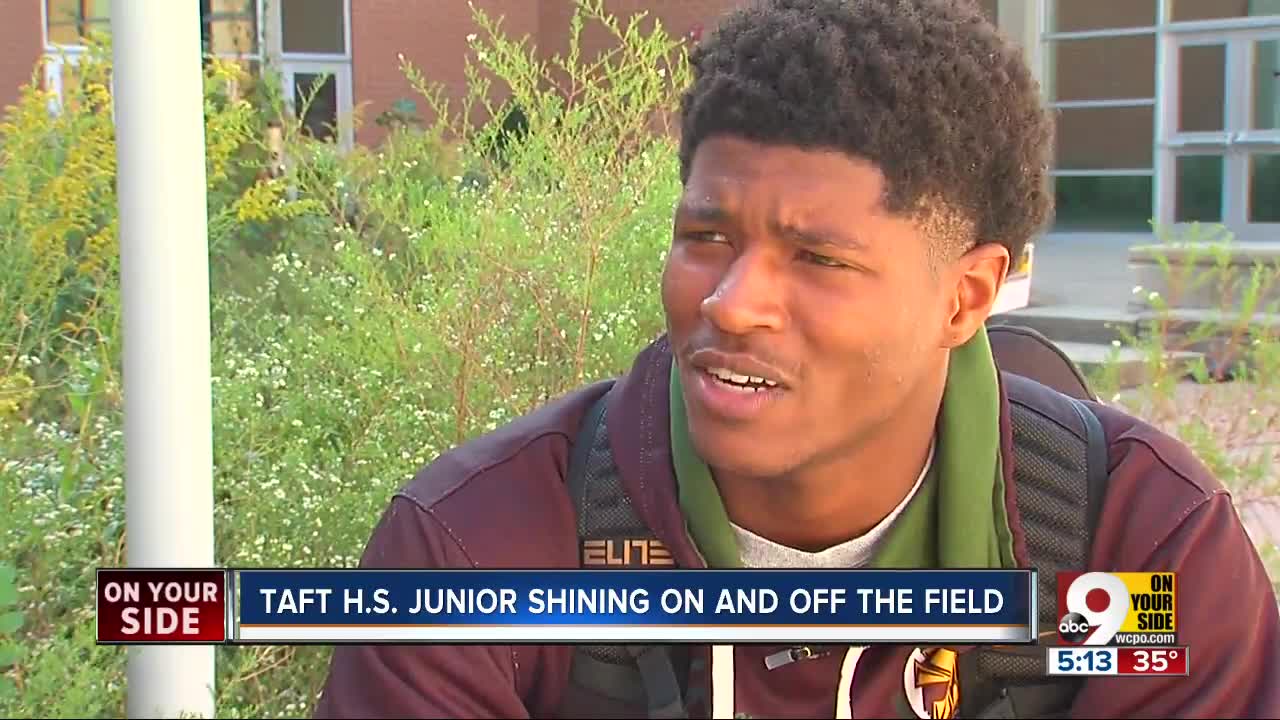 Taft junior wide receiver/safety DaQuan Smith has excelled on the football field and in the classroom in his first season as the Senators eye a fifth consecutive trip to the postseason. 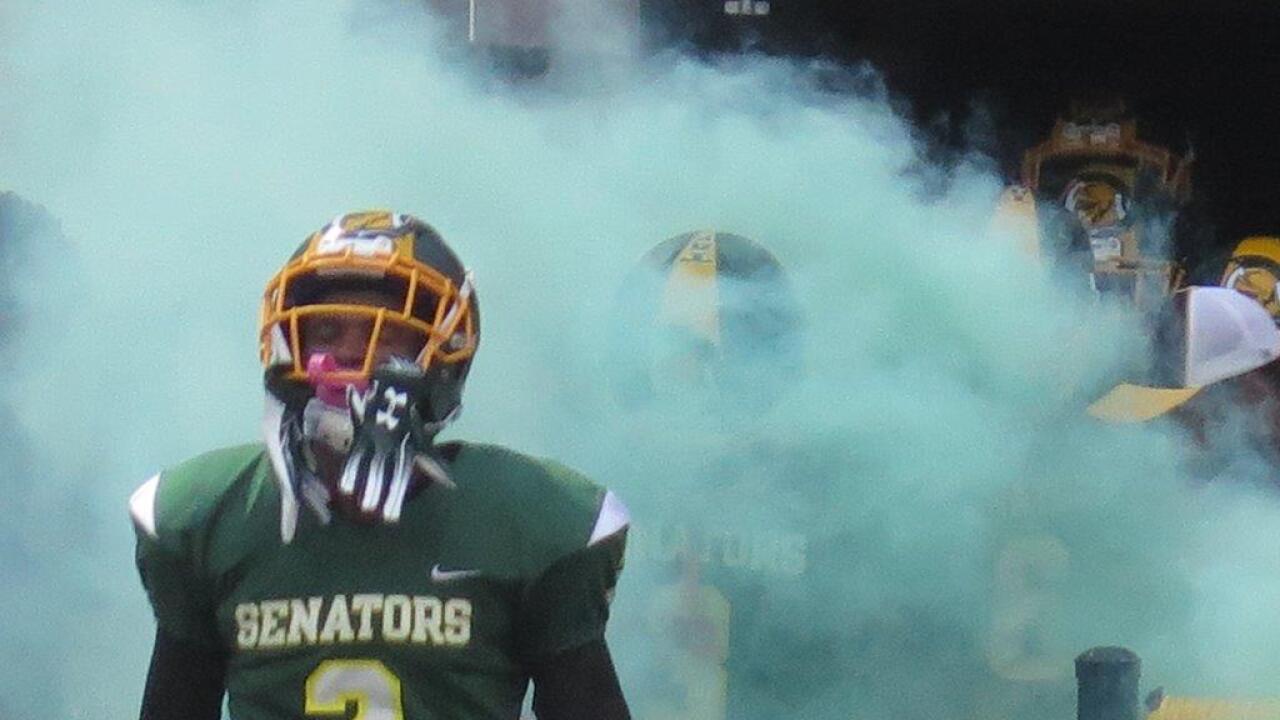 Whether he’s playing wide receiver or safety, the Taft junior has a natural instinct for the game.

“He is probably the smartest football player that I have been around probably in my 11 years here at Taft,” Senators coach Jeff Cargile said.

Smith, 16, was ineligible his first two years because of grades and trouble off the field. He also was deeply impacted by the loss of his uncle last year.

Smith's father and two brothers are incarcerated; he doesn't know the whereabouts of a third brother.

“I was about ready to give up at first, and then everybody tells me I can do better,” Smith said. “I ain’t the child that just gives up on myself. Everybody tells me to do better. So I put a lot of work into the classroom. I stayed after school at night.”

Taft principal Ceair Baggett said Smith has been an excellent student; he had four As and two Bs in the first quarter.

“Great kid,” Baggett said. “He is very respectful. If you ask him to do anything, he will do it for you.”

Cargile has known Smith since the wide receiver was in the seventh grade. He said Smith has made a significant turnaround with his attitude and commitment this year.

In fact, Cargile named him a captain – a unique honor for a junior within Taft’s program.

“It just clicked,” Cargile said. “I have never given up on him. I am very, very close to him. It’s kind of like your kids. You don’t want to say you have a favorite kid. If I would say as far as my favorite player it would probably have to be him just because everything he has been through in his life, all the difficulties that he’s had.”

Pride in the Senators

Taft, projected to be No. 1 in Division V, Region 20, has won 27 consecutive Cincinnati Metro Athletic Conference games. The Senators (8-1) will play host to Aiken (5-4) on Friday night in the regular-season finale at Stargel Stadium. Taft is projected to earn its fifth consecutive trip to the playoffs, and Smith is a significant part of the success this season.

Smith has 21 receptions for 384 yards and four touchdowns on offense, plus 36 tackles and three interceptions on defense. He also started at quarterback and had over 100 yards passing and a pick-6 on defense in a 34-6 win over Woodward on Oct. 25.

“I love my school,” Smith said. “I put on my jersey on a Friday night and it makes me represent my school. When I step on the field, it’s game time. Everything that has been going on that week, I let it go and let it all out on the field.”

A vision for the future

Keva Gray, Smith's mother, has dealt with some health issues but hasn't missed a Taft game. She creates T-shirts every week in support of her son.

“It makes me feel good,” Smith said. “I thought my mom was actually going to give up on me. I got into a little trouble and stuff. I love her a lot.”

Gray is enthusiastic about discussing her youngest son; after all, she is his No. 1 supporter.

Cargile said Smith also has relied on a supporting cast of aunts and uncles along with teammates.

Smith is appreciative of how Cargile checks in with him on a daily basis. Cargile might give Smith a ride home to Over-the-Rhine or check in to make sure Smith eats and remains healthy.

Gray said Cargile is more than just a coach and has been a significant influence in her son's life. Gray feels like she or her son can speak with Cargile about anything.

“Coach Cargile has a big heart,” Smith said. “He loves the school and he loves the program.”

Senior offensive/defensive lineman Antonio Williams said Smith has persevered through a lot of adversity but has excelled for the Senators this season.

"I mean, he’s changed," Williams said. "You can see the change. I know Coach Cargile probably told you that. He’s a little different now. I love it. It’s good for the team and everything.”

Smith, who has played football since he was 3 years old, wants to attend college and eventually become an athletic trainer. He wants to give back to the game that has meant so much to his life. He also envisions himself being very successful in the future.

“It makes me really, really proud, not just for myself but for him,” Cargile said. “It just makes me feel that if I can just touch one kid this is all worth it. To see where he has come from to where he is right now – I don’t know – it’s just like a proud father. I am just happy for him because I know how much he loves this game, and he is a good kid.”