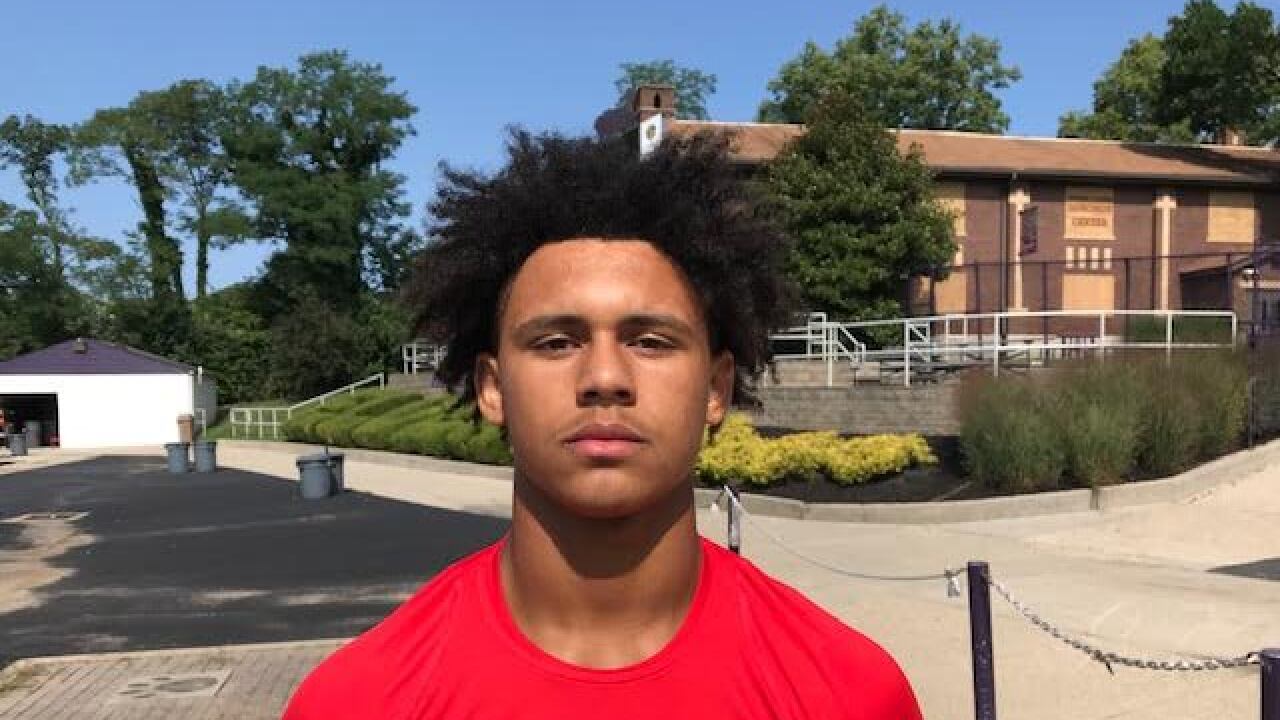 Mike Dyer/WCPO
Colerain senior safety/wide receiver Deshawn Pace is one of the leaders of the Cardinals on both sides of the ball. Colerain defeated host Princeton 23-14 Friday night.

One of the main preseason discussions around Greater Cincinnati was whether Colerain could maintain its continuity after losing several impact starters from the 2018 Division I state runner-up team, in addition to the loss of its longtime head coach to another conference school last December.

After four games this season, one aspect is clear: The Cardinals aren’t going away anytime soon as they attempt to win a GMC-record 20th consecutive title.

Two weeks after losing by seven points to an undefeated St. Xavier team, the Cardinals are tied for first place in the GMC.

“I think the mentality is they’ve been on board,” Colerain coach Shawn Cutright told WCPO early Saturday morning. “They’ve been practicing hard and getting better every week. The biggest thing is I feel our seniors are turning into a lot better leaders. They are walking the walk instead of just trying to talk the talk. So it’s going better.”

Sophomore MJ Flowers persevered after a fumble on the first series and had 23 carries for 110 yards and two touchdowns for the Cardinals (3-1, 2-0 GMC).

“He had a good night,” Cutright said. “He responded well for a young kid.”

The Cardinals scored on a 55-yard pass play in the first quarter, and Flowers scored twice in the second quarter.

“We sort of carried that momentum into halftime,” Cutright said.

“Jackson played with a chip on his shoulder tonight,” Anderson coach Evan Dreyer said. “He stepped up for our team. We needed his best. He came through and we can’t wait to see how he will keep improving this season.”

With this win, Anderson bounced back from a 6-0 overtime loss to Harrison Sept. 13.

“Our team played extremely well together,” Dreyer said. “I love how we came back from an overtime loss.”

Backfield power: Walnut Hills had 321 yards rushing in a 35-7 over visiting Milford.

“Our defense is playing lights out,” Beauchamp said.

Speaking of offense: Harrison earned 466 yards of total offense in a 48-10 win over previously undefeated Ross.

Harrison's offense was just half of the equation though. Their defense held Ross at 1 of 9 on third-down conversions.

Winning streak continues: Wyoming continued its top mark in the state with its 35th consecutive regular-season win Friday with a 55-6 win at Reading.

Wyoming had 524 yards of total offense. Senior quarterback Evan Prater – a UC commit – was 10 of 12 passing for 252 yards and four touchdowns.

Ground attack: Fairfield had 558 yards of offense including 340 rushing yards in a 34-27 win over visiting Hamilton. Senior running back JuTahn McClain (Kentucky commit) had 25 carries for 206 yards and three touchdowns. It was the third time in McClain's Fairfield career that he rushed for 200-plus yards. He had 210 yards against Princeton and 275 yards against Colerain in 2018.

Remember when: Talawanda is 4-0 for the first time since the 1991 season when the team finished 10-0 in the regular season and 11-1 overall. Talawanda defeated New Richmond 29-6 Friday night.

Senior running back Terrell Wills had 16 carries for 162 yards and a touchdown. Senior tight end/linebacker Dalton Norris had a receiving touchdown along with two sacks and a fumble recovery.

Steve Shuck’s first postseason projections this season will occur the week of Oct. 7. Shuck, the Greater Miami Conference commissioner, projects playoff qualifier in all seven division for WCPO. He has formally made the projections since 1996.