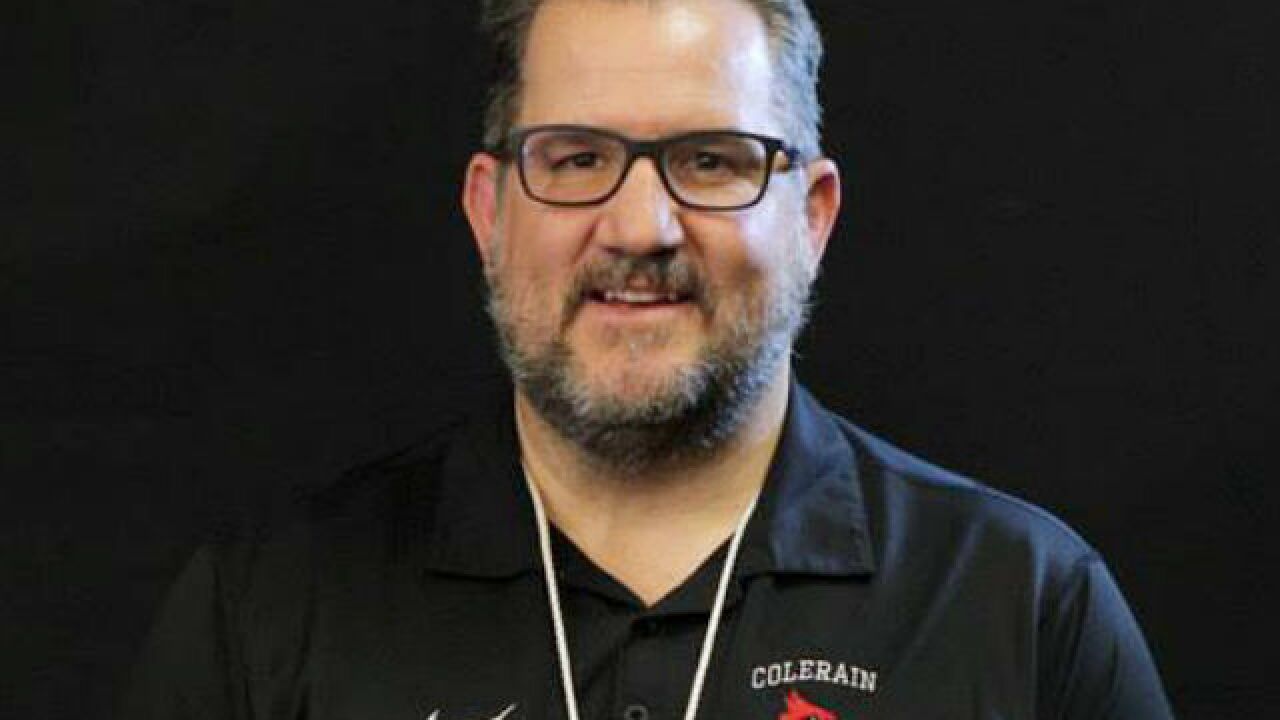 Bolden informed the Colerain team of his decision Friday afternoon. He was scheduled to travel to Oxford for his son, Colerain senior linebacker Luke Bolden's official visit to Miami University this weekend. Luke Bolden is verbally committed to Miami.

"As I have always taught the players, life is filled with difficult decisions," Tom Bolden said Friday afternoon. "As you grow older the decisions become less about yourself and more your family and future. This decision is the most difficult one I have ever made. It was not made quickly or easily. It is important to know that these young men, this school, this community will always be a part of me. I move to a different stage in my life. It is time for us all to spread our wings, and begin to write our next chapters."

Bolden, 49, led Colerain to its second state finals appearance in program history this season. Colerain (14-1) was the Division I state runner-up after the Colerain head coach since 2007. Bolden has a 142-21 career record as a head coach.

He succeeds Jeff Wadl, who was the Lakota West interim head coach this past season. Wadl took over for longtime head coach Larry Cox who stepped down this past spring.

In a statement to the Colerain High School community, Principal Jack Fisher said Bolden "has exemplified the hard work and dedication required to be a Cardinal throughout his tenure."

"We wish Tom, Lisa and the entire Bolden family the best on this new adventure," Fisher said. "We thank him for the years of service to our students and community."

"It is our intention to continue in providing a championship tradition in the classroom and on the field," he said.

“Our search attracted strong candidates from multiple states and overseas. Throughout his career, Coach Bolden has proven to be dedicated to every student-athlete. He has encouraged them to achieve their full potential. Not only is he knowledgeable and passionate about football, his excellence as a school leader has earned respect from students, parents, colleagues, and community members. We welcome Coach Bolden and his family to the Lakota family.”

His team had three Division I state semifinal appearances (2018, 2017 and 2015) including a state runner-up finish this past season in Canton after his team was ranked No. 1 in Ohio all season.

Colerain was ranked No. 5 nationally by MaxPreps this past preseason on a list of the nation’s top 10 high school football programs since 2003 based upon results and strength of schedule.

Bolden led his team to a 11-0 mark in the first round of the postseason. His team won 75 consecutive conference games since October 2008.

Bolden is known nationally for his football coaching success. He served as the offensive line coach for the 2012 U.S. Under-19 National Team at the second International Federation of American Football Under-19 World Championship.

“I am very excited about Coach Bolden being our Head Football Coach,” said Lakota West Athletic Director Scott Kaufman. “As an AD, you always enter into a search looking for ‘The Best.’ We accomplished that today for our kids, our program and our community.”

Bolden is expected to meet the Lakota West team next week.

“You can’t place a value on the leadership Coach Bolden brings to our football program and the entire Athletic Department,” Kaufman said.

“He is a proven winner with a mission to prepare his athletes for life after football.  His philosophy directly aligns with Lakota’s emphasis on preparing our students for success once they graduate from our school. He has a tremendous knowledge and passion for the game of football that will take our program to new heights and he will also have a positive influence in the building and in the community.”

Kaufman said he didn't know the answer as to whether circumstances for Bolden would've been different had Colerain won the state title last week.

"I know it was a hard decision," Kaufman said. "It didn't come easy by any means."

Kaufman reached out to Bolden Dec. 2. The discussion moved quickly as to whether it was the best interest of his family. Lakota West received over 60 resumes for the position. Resumes were sent from Florida, Tennessee, Kentucky and the Czech Reupublic.

Kaufman said Bolden was No. 1 on his list. Kaufman said he's admired Bolden's coaching since the athletic director was at Princeton.

“It’s just awesome," Kaufman said. "You look for the best and you get as best you can. In this case, we went after the best and we got the best. We’re just thrilled about that.”

Lakota West (4-6) plays at La Salle in Week 1 of the 2019 season then plays host to Centerville in Week 2. Lakota West and Colerain don't play each other next season.