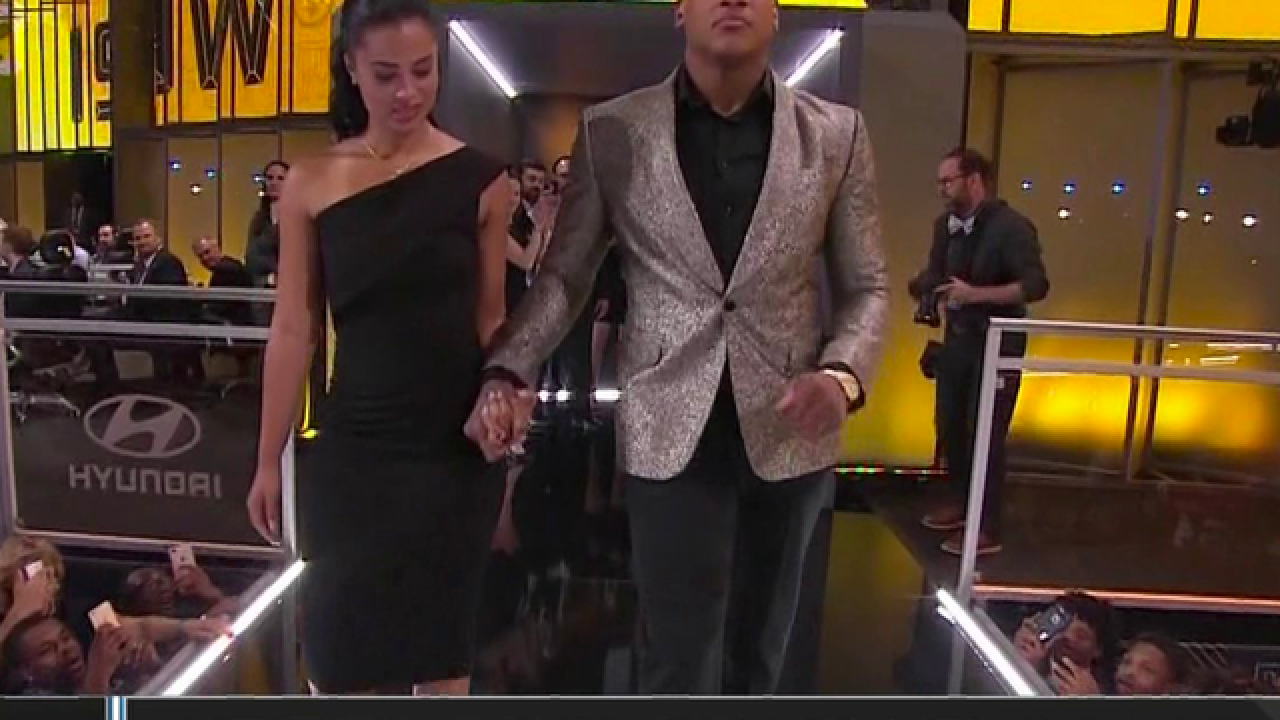 "That's a huge lift not only for him but for us," Steelers general manager Kevin Colbert said. "To see where he has come from to where he is and knowing where he might be able to go, it's beyond inspirational."

The Pro Bowl linebacker has already been ruled out for 2018 while recovering from spine stabilization surgery that has put his career in jeopardy. Shazier had surgery Dec. 6, two days after getting hurt in a victory over the Cincinnati Bengals.

After getting on stage and being introduced by NFL Commissioner Roger Goodell, fans inside AT&T Stadium gave Shazier strong applause. Shazier then called out the name of safety Terrell Edmunds of Virginia Tech, the 28th overall pick by the Steelers.

Edmunds' younger brother, linebacker Tremaine Edwards, also of Virginia Tech, was selected 16th overall by Buffalo. It's the first time brothers have gone in the first round of the same draft.

An Ohio State fan favorite, Shazier visited his alma mater's spring game two weeks ago and stood without assistance to cheers from the crowd.

Shazier, an honorary captain of one of the squads, drove a golf cart to midfield and climbed out to stand briefly to fire up the crowd. He then embraced the other honorary captain, former Ohio State cornerback and current Philadelphia Eagles safety Malcolm Jenkins, and Ohio State coach Urban Meyer.