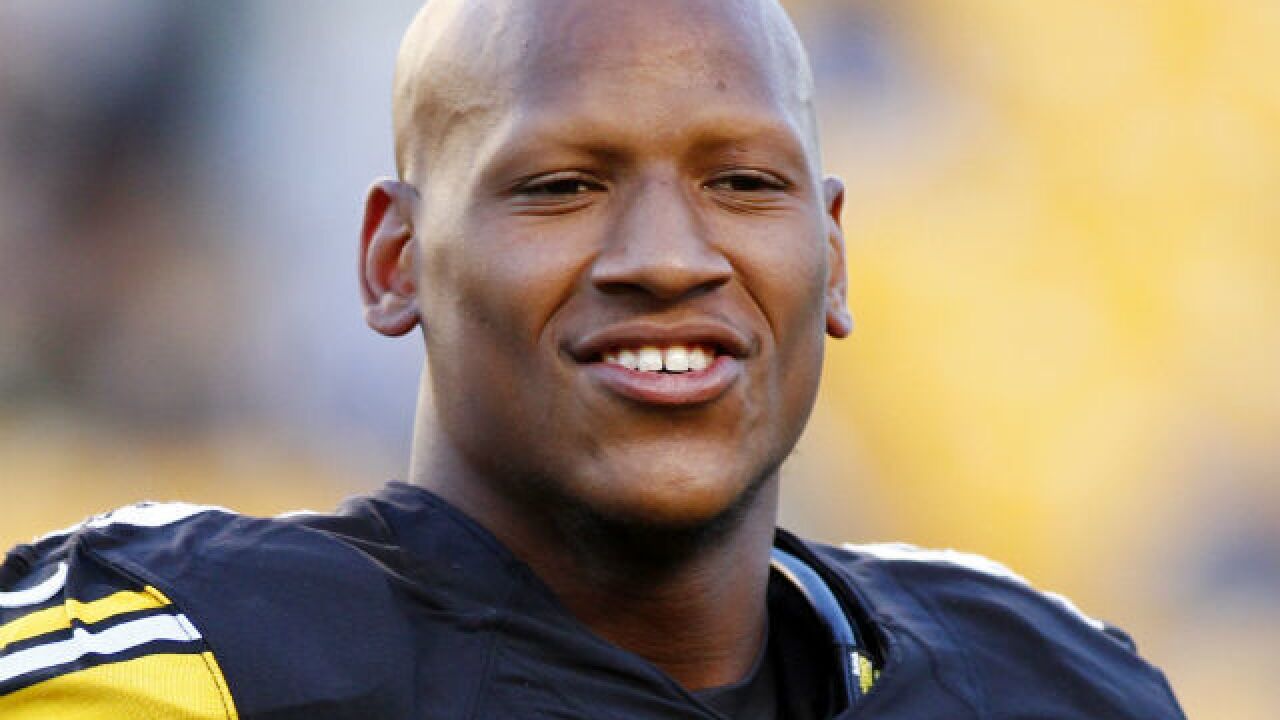 Copyright 2017 Scripps Media, Inc. All rights reserved. This material may not be published, broadcast, rewritten, or redistributed.
<p>PITTSBURGH, PA - AUGUST 28: Ryan Shazier #50 of the Pittsburgh Steelers warms up before a game against the Carolina Panthers at Heinz Field on August 28, 2014 in Pittsburgh, Pennsylvania. (Photo by Justin K. Aller/Getty Images)</p>

The Pittsburgh Steelers linebacker is recovering from a devastating spinal injury suffered in a Dec. 4 game with the Bengals.

Shazier, an honorary captain of one of the squads, drove a golf cart to midfield and climbed out to stand briefly to fire up the crowd. He then embraced the other honorary captain, former Ohio State cornerback and current Philadelphia Eagles safety Malcolm Jenkins, and Ohio State coach Urban Meyer.

He also spoke to the team before the game. He told reporters that "I am feeling a lot better than I was."