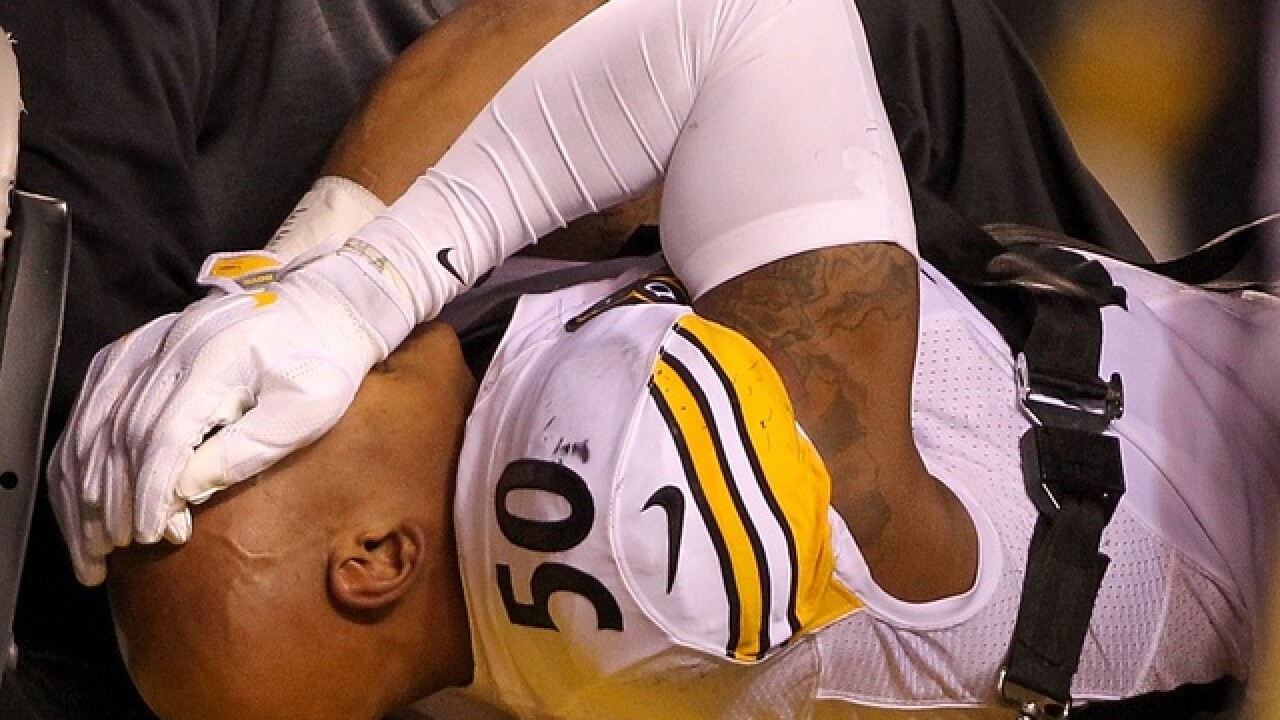 Copyright 2017 Scripps Media, Inc. All rights reserved. This material may not be published, broadcast, rewritten, or redistributed.
John Grieshop
<p>CINCINNATI, OH - DECEMBER 04: Ryan Shazier #50 of the Pittsburgh Steelers reacts as he is carted off the field after a injury against the Cincinnati Bengals during the first half at Paul Brown Stadium on December 4, 2017 in Cincinnati, Ohio. (Photo by John Grieshop/Getty Images)</p> 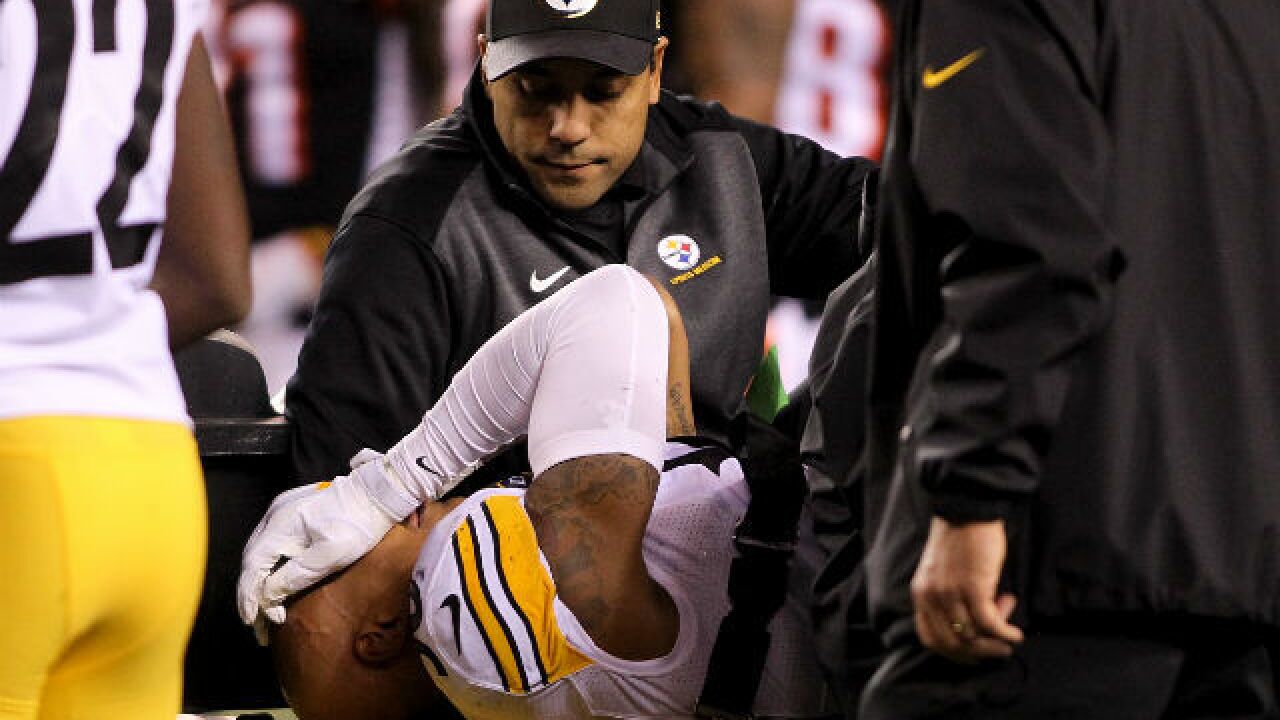 The statement otherwise made no mention about Shazier's condition two days after he was hurt in Monday night's game against the Bengals. Shazier was moved from University of Cincinnati Medical Center to a University of Pittsburgh Medical Center facility earlier Wednesday.

The Steelers announced Shazier's move to Pittsburgh Wednesday and said he would "continue tests and evaluations before his medical team provides any further updates on his condition. .We again want to thank the doctors and staff at UC ... for the excellent care Ryan received."

Shazier's legs went limp after making a head-first tackle on wide receiver Josh Malone. Shazier tackled Malone in the legs, fell to the ground and grabbed the middle of his back. The 25-year-old was moving his arms on the field before he was carted off the field.

"Thank you for the prayers," he tweeted. "Your support is uplifting to me and my family. #SHALIEVE"

Thank you for the prayers. Your support is uplifting to me and my family. #SHALIEVE

The news that Shazier required surgery may have dispelled the hope in previous reports about his condition.

#Steelers LB Ryan Shazier has shown promising signs this morning. I’m told he has some movement in his lower extremities after last night’s back injury, but the next 24-48 hours are key for increased improvement.

Steelers quarterback Ben Roethlisberger said on his weekly radio spot on 93.7 The Fan that he heard "encouraging things" but that Shazier was "not out of the woods."

The Steelers issued a statement Tuesday that Shazier would not require surgery and might return to Pittsburgh within the day.

The Steelers sent a private plane to pick up Shazier's parents and fly them to Cincinnati to be with their son.

After the game, Bengals QB Andy Dalton joined some of Shazier's teammates to pray for him.

Roethlisberger and receiver Antonio Brown asked fans to pray, too.

Prayers and love to @RyanShazier and his family! Praying God's healing hand on him! Love you 50, Get better soon! -- Ben.

Tomlin, Steelers general manager Kevin Colbert and team president Art Rooney II visited Shazier before heading back to Pittsburgh. Tomlin called their conversation "normal" and said Shazier was concerned about the well-being of the rest of the team.

"It was painful to get on that plane last night, but that's life," Tomlin said. "We realize and understand he's in really good hands and is getting expert medical care. He challenged us to move on with what we need to move on with.

"This is a tough game, a tough business," Tomlin said. "5-0 is our brother. Our thoughts and prayers out to him. ... We care about that man, we care about all the men. But that's just a tough element of our game, one that we all understand."

Shazier's injury is a significant setback for one of the NFL’s top defenses. The Pro Bowler from Ohio State leads the team in tackles and has three interceptions.