Sam Wyche was family man and passionate for those in need 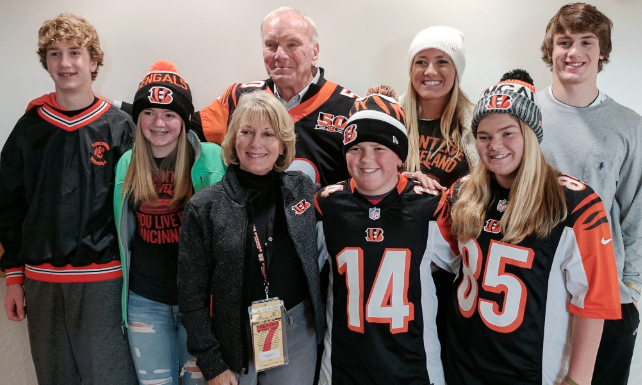 And while Bengals fans lost a favorite coach, his family lost a man they describe as charismatic, innovative and passionate.

CINCINNATI — Cincinnati lost a sports legend Thursday when Sam Wyche died with his family around him at his South Carolina home.

And while Bengals fans lost a favorite coach, his family lost a man they describe as charismatic, innovative and passionate.

Wyche was married to his wife, Jane, for 54 years. They had two children and six grandchildren.

His son, Zak, told me his dad "gave so much for others. He delivered Meals on Wheels and loved to help those in need. He says he did it to make himself feel better, but we know he touched so many lives on and off the field."

That's something that was echoed by another Cincinnati sports legend, Anthony Munoz,

"He truly cared about the community and the people he associated with – the homeless and those in need," Munoz said Thursday. "When you have a head coach who was successful but also showed some success in the community, that's what his legacy is."

Wyche was at peace at the end, his son said. And his family was grateful the heart transplant he received in 2016 gave him more time with those he loved.

After seeing the online posts about Wyche following word of his death, his son wanted the community to know this:

"We are touched beyond words by the outpouring of love by others about my dad. Thank you all for your thoughts and prayers at this time."

According to Zak Wyche and his wife, Coach Wyche wanted nothing more than to meet the family of his heart donor and thank them.

They finally heard about three weeks ago that the family was ready to meet. Unfortunately, that meeting did not happen in time.

Wyche didn't want a funeral. If you want to make a donation on his behalf, his family asks that you give to DonateLife.net.