Police: Jones was defending himself, not charged 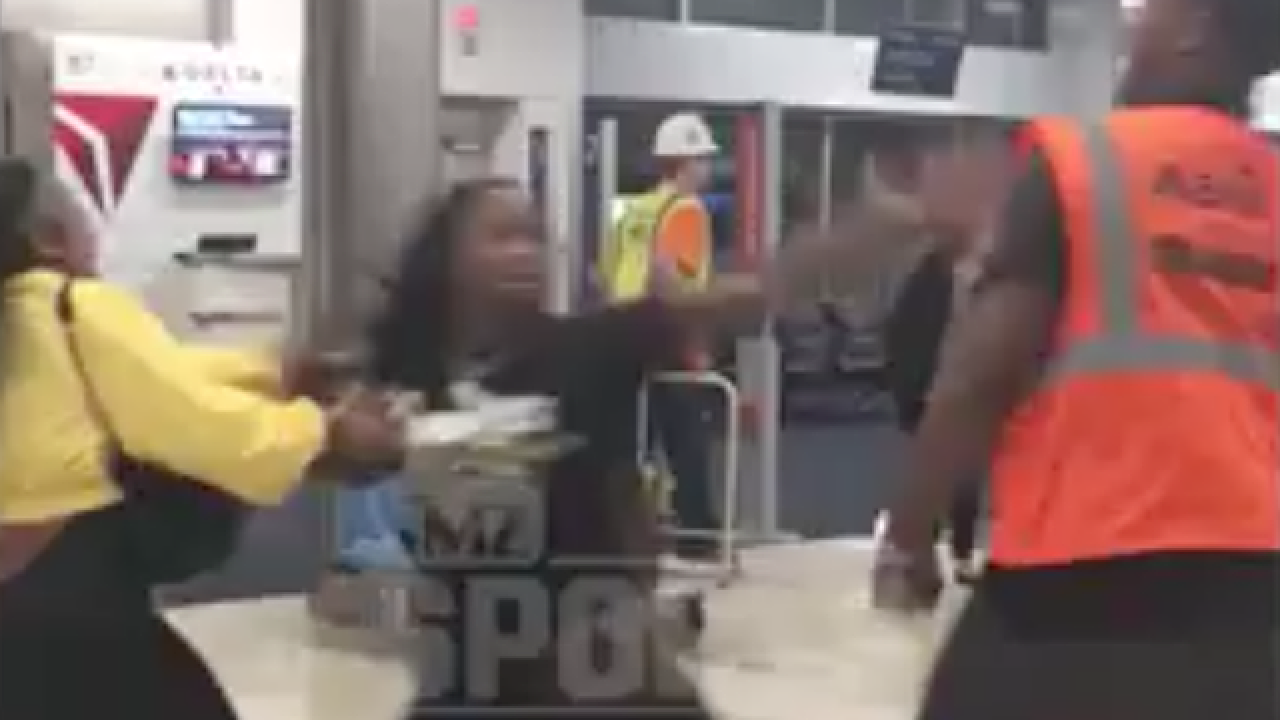 ATLANTA - Former Bengal Adam "Pacman" Jones punched out a man who attacked him and a female companion at the Atlanta airport Tuesday night.

An airport services employee, Frank Ragin, punched Jones in face, starting the fight, police said. Jones was defending himself and was not charged, police said.

The video shows Jones, 34, hitting Ragin with a hard right and Ragin falling to the floor.

Ragin was transported to a hospital. Jones suffered a cut on his face but refused treatment.

Atlanta Police spokesperson Jarius Daugherty said Jones confronted Ragin, who worked for ABM Industries, after Ragin made a “gesture” toward the football player.

Police say words were exchanged before Ragin struck Jones with a closed fist. The cellphone video  shows that Jones and Ragin traded several punches before Jones ultimately floored Ragin with a punch to the face. Jones hit Ragin one more time before a man broke up the fight.

The Bengals cut Jones free earlier this year when they declined to pick up the option on his contract.

Jones had several run-ins with the law while playing for the Bengals (2010-2017). Most recently, he was accused of shoving a security guard and poking him in the eye at a downtown hotel in January, 2017. After being placed in the back seat of a police car, Jones repeatedly cursed the officer and called him a racial slur. He also said,  "I hope you die tomorrow."

Jones then wrestled with officers at the Justice Center and had to be confined in a restraint chair.

Jones was accused of shoving a hotel security guard and poking him in the eye, according to court records. A man who identified himself as a Millennium Hotel security guard told the dispatcher that Jones and another person were causing a "ruckus."

Court records also said Jones refused to enter a police cruiser by pulling away, kicking and head-butting as he was being arrested. He entered anger management after video surfaced of him wishing death on a police officer.

"The video truly is not a representation of me," he told the court.

Over his playing career, Jones had one of the longest rap sheets in football. The Atlanta native racked up other assault and disorderly conduct charges dating back to his college days in West Virginia. Most of his arrests stemmed from nightclub altercations.

He was involved in nine incidents from the time he was drafted by the Tennessee Titans in 2005 until the NFL suspended him for the 2007 season.

Jones' most noteworthy incident resulted in a $11 million payout and a year's suspension following a shooting at a Las Vegas strip club. Jones was "making it rain" with rapper Nelly, throwing around thousands of dollars, but later became angry with the dancers and was kicked out of the club, police said. Later in the evening, a gunman returned and opened fire in the club. He was recognized as a member of Jones' crew, police said.

Jones was arrested in Cincinnati in 2011 after a night out and in 2013 after a Reds game. He was escorted out of Hollywood Casino in 2015, but he was never charged with any crime related to an alleged fight that took place.