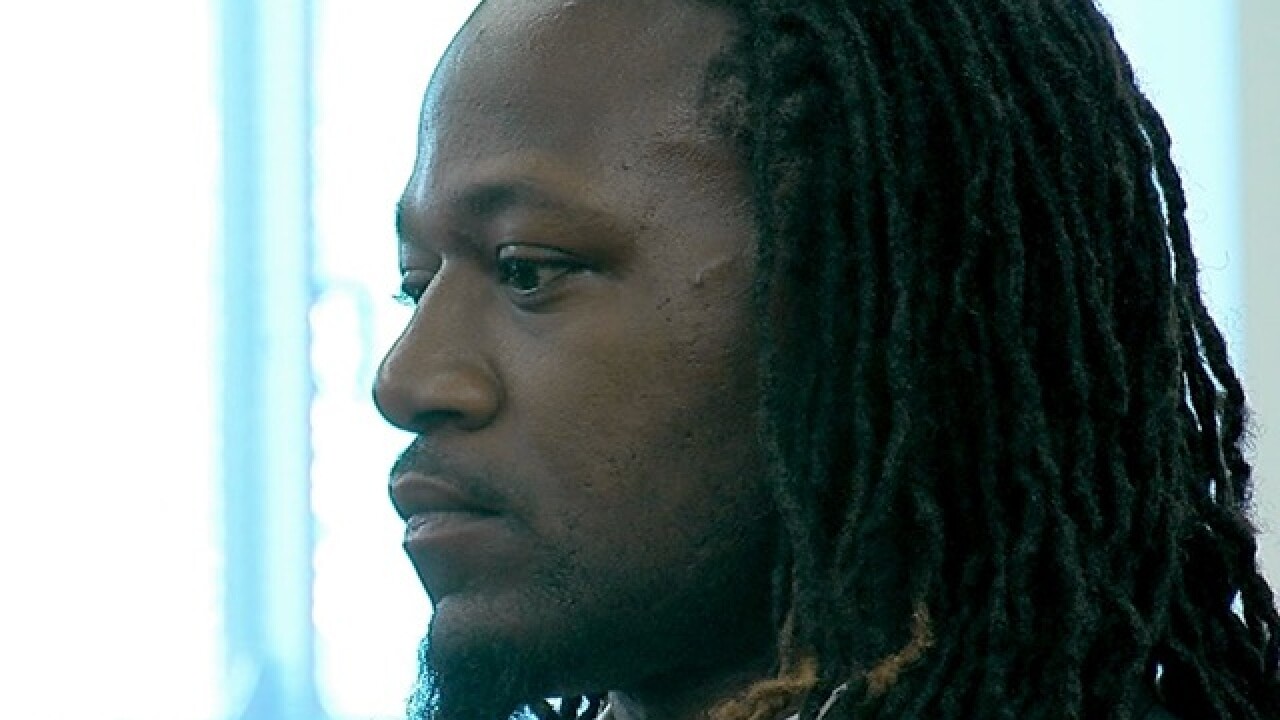 Copyright 2017 Scripps Media, Inc. All rights reserved. This material may not be published, broadcast, rewritten, or redistributed.
Terry Helmer | WCPO
CINCINNATI. May 16, 2017. Bengals cornerback Adam Jones appears in a Hamilton County courtroom to plead guilty to one of three misdemeanor charges against him.

Two other misdemeanor charges -- assault and disorderly conduct -- were dismissed at the prosecutor's request after a plea agreement. Hamilton County Municipal Court Judge Dwane Mallory sentenced Jones to two days in jail, which he already served shortly after his January arrest.

However, Jones, who has twice had lengthy suspensions in his career, still faces potential NFL discipline.

"We have been monitoring developments in this matter, which continues to be reviewed under the personal conduct policy," NFL spokesman Brian McCarthy said via email. "We have no timetable on any potential discipline."

The 33-year-old was accused of pushing a hotel security guard and poking him in the eye, according to court records. A man who identified himself as a Millennium Hotel security guard told the dispatcher that Jones and another person were causing a "ruckus."

Court records also stated Jones refused to enter a police cruiser by pulling away, kicking and head-butting as he was being arrested. He entered anger management after video surfaced of him wishing death on a police officer.

"The video truly is not a representation of me," he told the court Tuesday.

Jones was visibly emotional as spoke outside the courtroom, saying he was "sorry for putting the officer in that situation." He also apologized to Bengals owner Mike Brown, coach Marvin Lewis, fans and teammates.

"I can truly say this made me a better person," he said, his voice shaking.

After speaking to reporters, Jones stepped into an alcove to wipe his eyes.

Watch his entire statement outside the courtroom:

He'd also had been accused of spitting on a staff nurse at the county jail. In March, Hamilton County Prosecutor Joe Deters dismissed a felony count of harassment with a bodily substance, saying he didn't believe what Jones did rose to the level of a felony. He chalked Jones' behavior up to "drunken foolishness."

"This is a case that, quite candidly, the court saw it for what it was: There was no assault in this case, there was no head-butting or spitting or things of that nature," defense attorney Tim Schneider said.

After Tuesday's court hearing, Cincinnati police released another officer's bodycam video of Jones' arrest outside the hotel, showing him protesting he hadn't done anything to deserve it, loudly demanding, "Let me go!" and at times struggling with officers while yelling obscene insults.

Brown previously said he supports Jones and indicated the veteran cornerback remains in good standing with the team.

Dan Sewell of the Associated Press contributed to this report.