Bengals apparently will stay the course with Andy Dalton 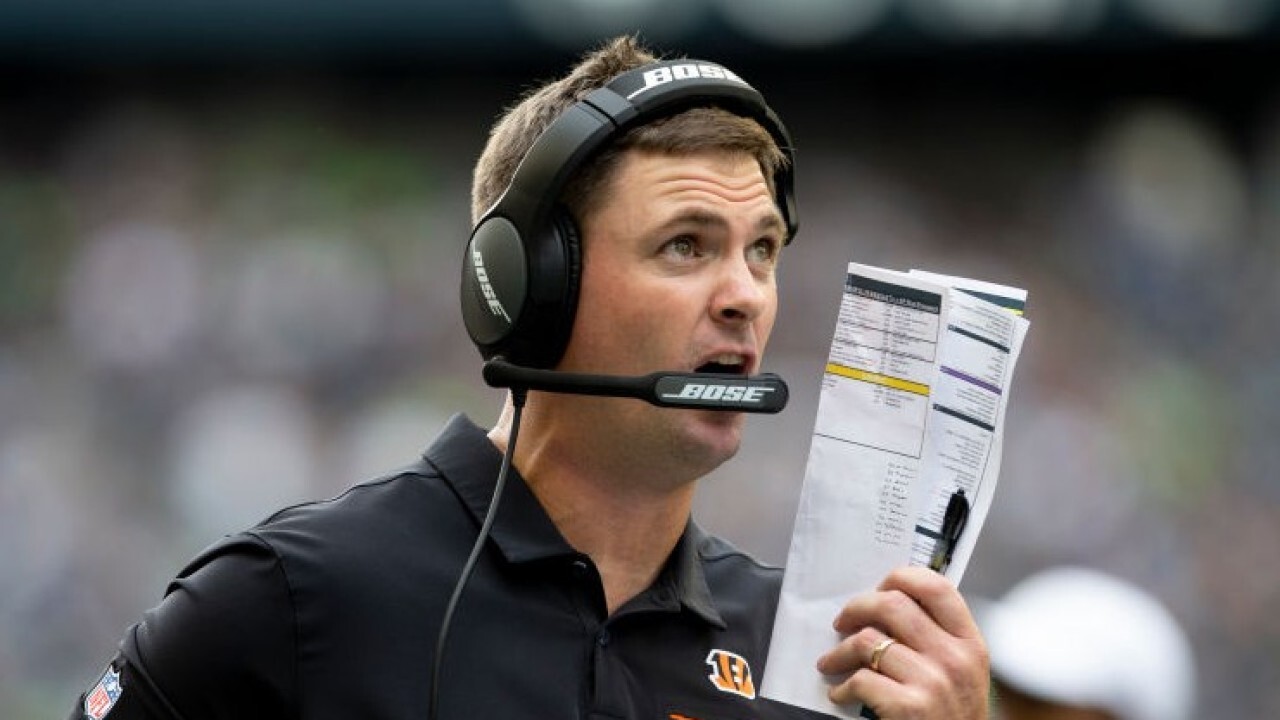 Still looking for his first win as an NFL head coach, Taylor looked on the bright side Monday, saying the Bengals haven’t been blown out except by the 49ers and declared they “shouldn’t be an 0-7 team.”

“The 49ers beat us up ... but we put ourselves in position to win some of these games in the fourth quarter,” Taylor said at his Monday news conference, keeping his optimism intact and suggesting they’re not as hopeless as some people think.

Taylor gave no indication that anyone but Dalton, the ninth-year starter, would quarterback the Bengals when they play the rookie head coach’s former team, the Rams, in London next Sunday.

“It’s easiest to point the finger at the quarterback. I don't see it that way,” said Taylor, who had appeared to open the door for rookie backup Ryan Finley to make his debut after Sunday's 27-17 loss to the Jaguars.

Taylor, who was quarterback coach for the Rams and a college QB at Nebraska, didn’t absolve Dalton, who threw three fourth-quarter interceptions Sunday, including a pick-six on a screen pass.

“Certainly there were some throws he would want back,” Taylor said.

But Taylor put the responsibility for success or failure on everyone.

“The screen’s a great example,” Taylor said, noting that the Bengals’ protection collapsed so quickly that running back Gio Bernard, the intended receiver, couldn’t even get out the backfield.

“That was on the whole unit,” Taylor said.

In fact, the Bengals took a 10-7 lead over the Jaguars into the fourth quarter. Taylor conceded that having the lead made it more difficult to swallow the loss – for players and fans alike.

But Taylor said his players haven’t given up and he told them in Monday morning’s meeting that being “consistent” was the way to break out of their losing streak.

In response to a question, Taylor appeared to acknowledge some players might not be as confident as they let on with coaches.

"The team has a great approach when we’re around,” Taylor said.

Taylor didn’t offer much hope that star receiver A.J. Green would come off the injury list this week for his season debut.

"I don't think it's out of the question he could play Sunday. I don't know what the likelihood of that is until I see him practice."

Taylor suggested it wouldn't be so bad to keep Green out another game because the Bengals have a bye the following week and that would give him more time to make sure his training camp ankle injury is healed.

Taylor said offensive tackle Cordy Glenn had been reinstated after serving a one-game suspension for “internal disciplinary reasons,” but he didn’t say if Glenn would play Sunday.

In the end, Taylor, who calls the offensive plays, didn't offer a solution for how the Bengals could revive their dormant running game – Dalton gained all of the team’s 33 rushing yards Sunday – or stop their opponent from running.

The Bengals are not only last in the league in running the ball, they’re also last in stopping the run. Leonard Fournette ran for 131 yards Sunday, and the Jaguars piled up 216 overall on the ground.

"It doesn't mean there's not progress being made," Taylor said.