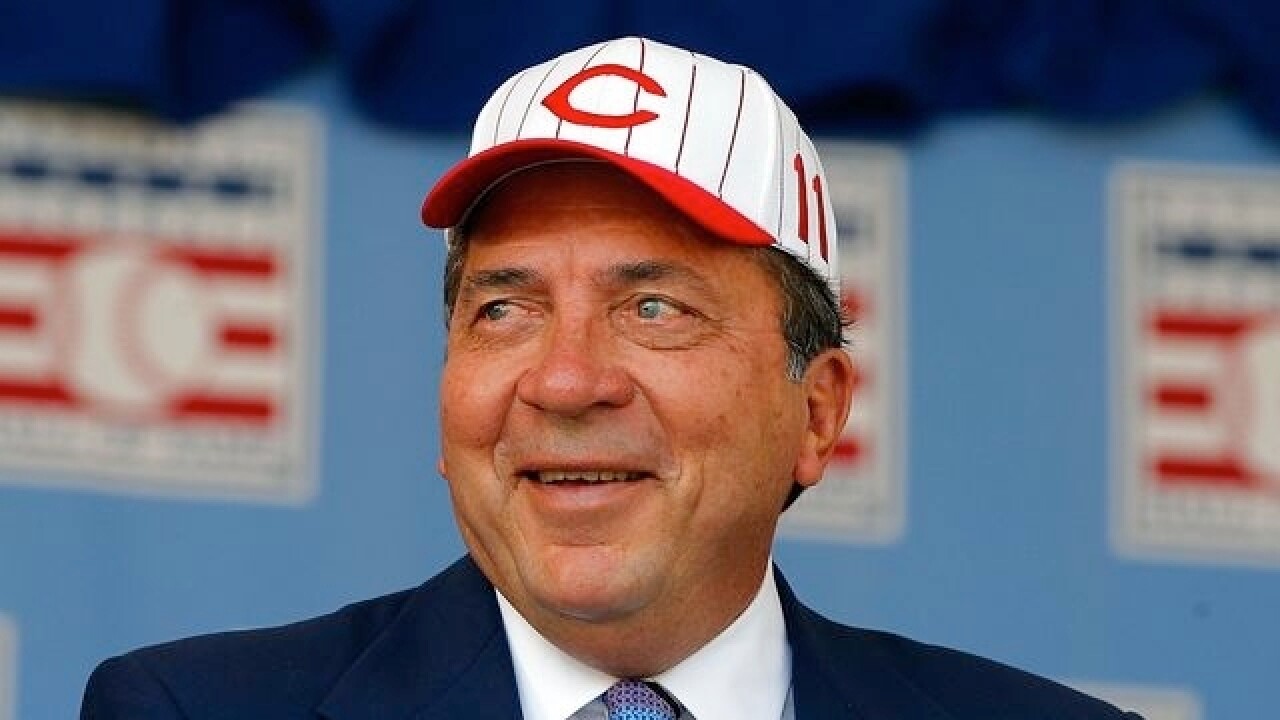 A lifelong friend of Big Red Machine legend Johnny Bench bought more than $1 million worth of his memorabilia for the sole purpose of gifting it back to the Hall of Famer.

When Bench in November put up for auction some items from throughout his career, his friend Alan Horwitz schemed to purchase them and surprise Bench by giving them all back, the Pennsylvania-based auction house, Hunt Auctions, announced in a news release.

The two men met in the late 1960s, early in Bench's career while the catcher was playing in the Winter League in San Juan, Puerto Rico. They struck up a friendship that later would include routine dinners whenever the Reds were playing in Horwitz's hometown of Philadelphia. Horwitz would set up a lunch or dinner, and Bench would have tickets for his friend to see the game.

"When I learned of the auction of Johnny's memorabilia, I felt compelled to participate, with the goal to return some of the items to the Bench family and Johnny's fans," Horwitz said in the release.

"When I heard this, I was flabbergasted and moved to tears," Bench is quoted in the release. "I am truly stunned by Alan's generous gesture and am grateful and proud that these trophies and memorabilia pieces will be on display for millions of fans to experience."

According to the auction house, Horwitz purchased the following pieces from Bench's collection, among others:

Sports business reporter Darren Rovell spoke with Horwitz for a story for the Action Network.

Rovell's story quotes Horwitz: "There was no way I was going to let Johnny sell these to collectors. Seeing how hard he worked to be recognized that way he was after all these years. Only he deserves them."

Bench was auctioning the items to prevent any "squabbl(ing) over the assets when he was gone" and "to help pay for college for the boys he has become father to," Rovell wrote.

Hunt Auctions president David Hunt said in the release, "There really are no words that can properly describe the generous act of kindness by Alan Horwitz."