These are Northern Kentucky's most dangerous roads, according to local crash data 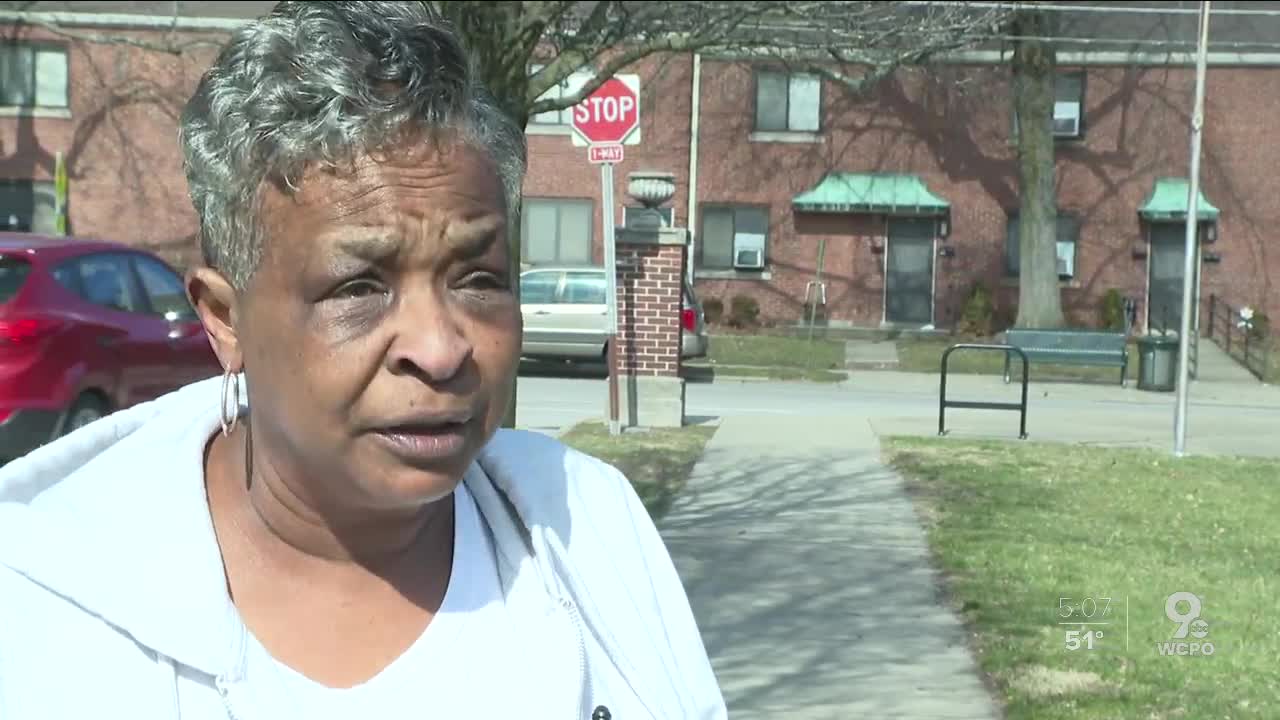 — Debra Hunter's grandchildren love visiting her apartment at Latonia Terrace on Madison Avenue in West Latonia. In between her doorstep and the nearby park, however, is one of Northern Kentucky's most dangerous stretches of road. "It’s like exactly being on the expressway," Hunter said. "It’s hard getting back and forth across the street." 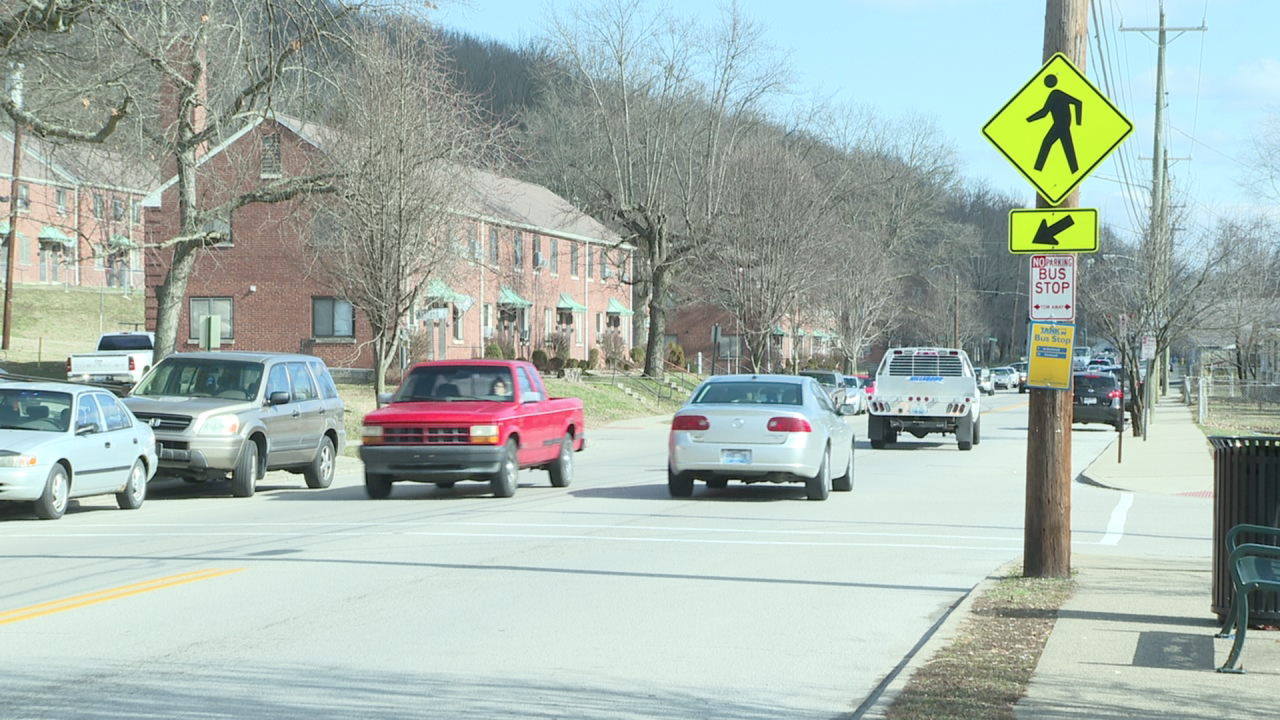 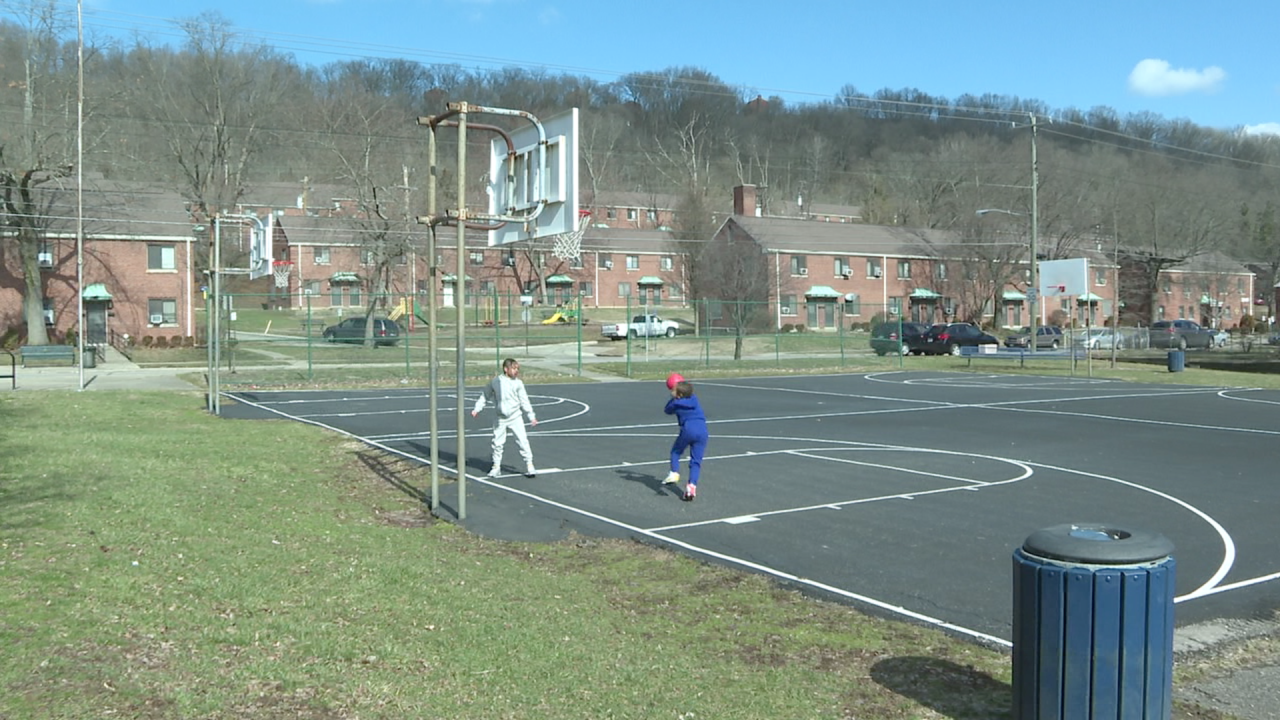 COVINGTON, Ky. — Debra Hunter's grandchildren love visiting her apartment at Latonia Terrace on Madison Avenue in West Latonia. Beyond getting to see their grandmother, her home is close to a newly renovated park and two full-size basketball courts.

In between her doorstep and the park, however, is one of Northern Kentucky's most dangerous stretches of road.

"It’s like exactly being on the expressway," Hunter said. "It’s hard getting back and forth across the street."

The stretch of KY 17 just outside Hunter's door -- from Latonia Avenue to Decoursey Avenue -- alone has seen nearly 100 serious injury traffic crashes since 2011, according to crash data compiled by The Devou Good Project. The Covington-based nonprofit just launched an interactive online map that indicates where serious crashes have occurred throughout Boone, Campbell and Kenton counties over the last nine years.

According to the data presented in the map, nearly 3,000 crashes have seriously injured or killed people on Northern Kentucky roads in that nine-year period.

Where are crashes happening in NKY?

Within a few hundred feet in either direction from Hunter's door on Madison Avenue, nearly 100 crashes have resulted in a serious injury. It's a two-lane road with street parking on both curbs -- typically street features that can prevent speeding -- but it's also mostly a straightaway, which can encourage it.

Shannon Ratterman, with the Center for Great Neighborhoods, said the area near Latonia Terrace warrants attention due to the high pedestrian traffic walking to nearby Barb Cook Park or Ninth District Elementary School, or to the laundromat and convenience store just down the street.

Over the last year, CGN has solicited feedback on ways to improve Barb Cook Park, located at the corner of Madison and Ashland avenues, but what they heard most from residents was a more general request.

"We got a lot of feedback on improvements for the park, but we also got the constant comment that they just wanted a safe way to get here," Ratterman told WCPO. "Even though they live so close, and they live right across the street, sometimes it’s really dangerous just to get here."

Hunter said she has to take extra precautions when her grandchildren come to visit.

And it's not just the threat of personal injury, Hunter added. She said she's had to park her car with two tires up on the curb to prevent other drivers from hitting her car.

"We have to park on the sidewalk because most of the time -- they done hit our car, like, four times," she said.

According to data gathered by the Devou Good Project, Covington has seen the second-most serious-injury or fatal crashes across the three counties, second only to Florence, in Boone County. In this screenshot of Devou Good's map, the circles indicate clusters of serious crashes, and the diamonds indicate clusters of fatal crashes between 2011 and 2019. Click or tap on the link in the caption to view the interactive map.

"It took us about two to three months to put it together, and we were trying to figure out what data to show adhering to the Vision Zero guidelines of zero injuries and zero deaths," Butler said.

As the map shows, most serious crashes unsurprisingly trend along Northern Kentucky's major roads: Dixie Highway, North Bend Road, Houston Road, U.S. 27/Alexandria Pike, the AAA Highway. These are high-volume commuter corridors that were designed to accommodate thousands of vehicles per day. The map highlights these roads and a few others in yellow, as what Butler called the region's "high crash network."

But smaller roads like Madison near Hunter's apartment show numerous crashes, too. Fairfield Avenue in Bellevue, which continues as Sixth Street into Dayton, for example, has proved to be a problematic area, especially for people walking or biking through those cities' central business districts. According to the crash data, nearly 200 crashes have resulted in a serious injury along Fairfield Avenue in Bellevue and Sixth Street in Dayton since 2011. At least two people have died in traffic crashes along that stretch in that time period.

As WCPO has previously reported, Bellevue has seen a boom in new development and businesses moving into the area, bringing more cars and encouraging more people to walk through the neighborhood.

"It seems like the busier Bellevue got, the more people realized we needed to make it safe to be a walkable town," Bellevue resident Sarah Horn told WCPO last fall.

Hunter also attributes the increase in traffic outside her apartment to developments down the road in Fort Wright. As Madison Avenue turns into Madison Pike near its intersection with Highland Pike, the road widens to accommodate traffic entering and exiting Interstate 275 or visiting the Valley Plaza shopping center or the nearby Transit Authority of Northern Kentucky park and ride.

"I guess traffic coming back and forth trying to get off the expressway, all the restaurants and stuff out there," Hunter said. "I guess it keeps it pretty busy."

"Making the streets safe for bicycles and pedestrians is what we’re aiming for, and that’s really the only way to get a serious number of people out on bikes and thinking about active transportation," Butler said.

In 2019, Butler spearheaded a donation from Devou Good of 600 bike "staple" parking racks -- nicknamed for their staple-like shape -- throughout Covington and Campbell County's river cities, as well as 1,000 more to the city of Cincinnati.

It's all part of Northern Kentucky's growing adoption of "Vision Zero," a philosophy meant to guide policies dictating road design and road user education toward the goal of reducing serious traffic injuries and fatalities down to zero. Now, Devou Good is accepting applications for street safety improvement projects as part of the NKY Slow Streets grant program. The program will award as many as three projects up to $50,000 to make a neighborhood safer for vulnerable road users like people walking or biking.

Ratterman said the Center for Great Neighborhoods will be applying for one of those grants to improve Madison Avenue near Barb Cook Park. She said she feels the project will be a strong contender because last year they piloted a simple improvement that she said got results.

"We put up a paddle crosswalk thing, something that was in the middle of the road that said, you know, ‘Caution. There is a crosswalk here. Please slow down,'" she said. "It worked great. Cars slowed or stopped. People didn’t have to wait when they were in the crosswalk. People felt a lot safer crossing as families or with babies in strollers."

As far as specific, future improvements, Hunter has a few ideas.

"I think we need a light, speed bumps, something to slow them down a little bit, and let the kids be able to get back and forth across the street without being in danger."