This group has donated more than 3K free parking spots throughout the region, but not like you think 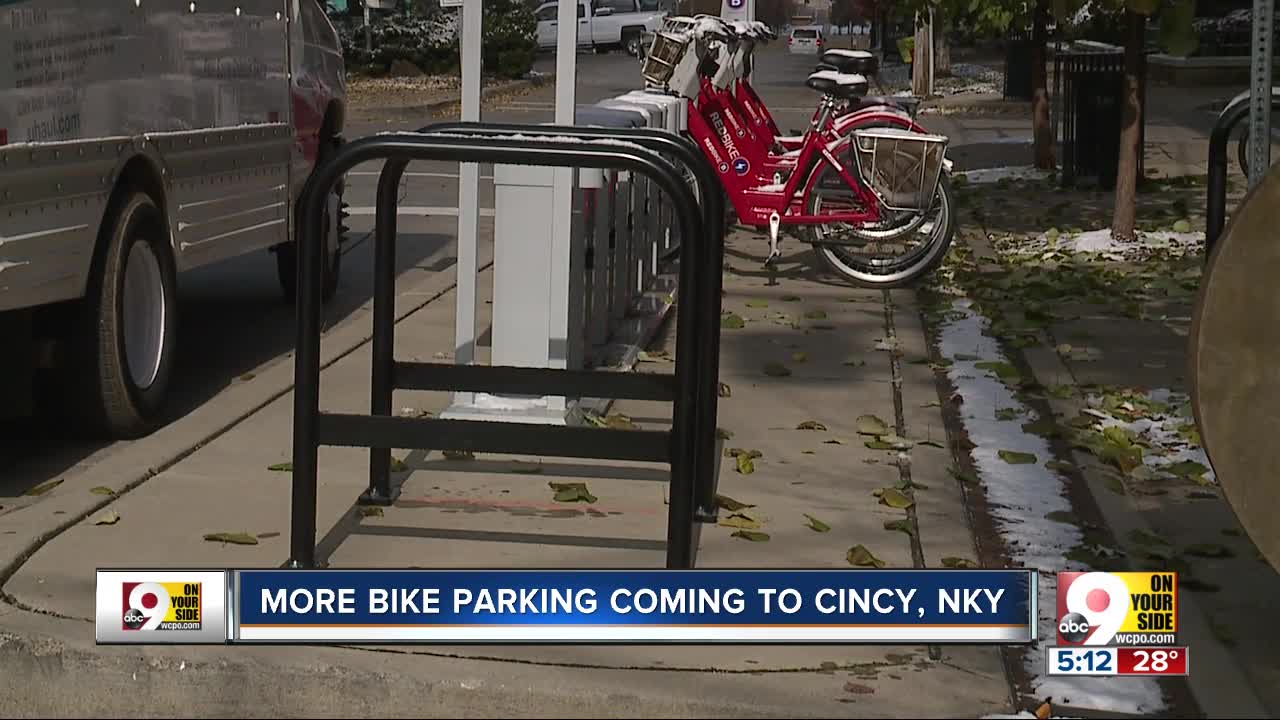 On the heels of donating 600 bike "staple" racks -- the name referring to their staple-like shape -- to cities in Northern Kentucky's Campbell and Kenton counties, the Devou Good Project, a Covington-based nonprofit, has offered to provide up to 1,000 of the same, dual-bike parking racks to the city. 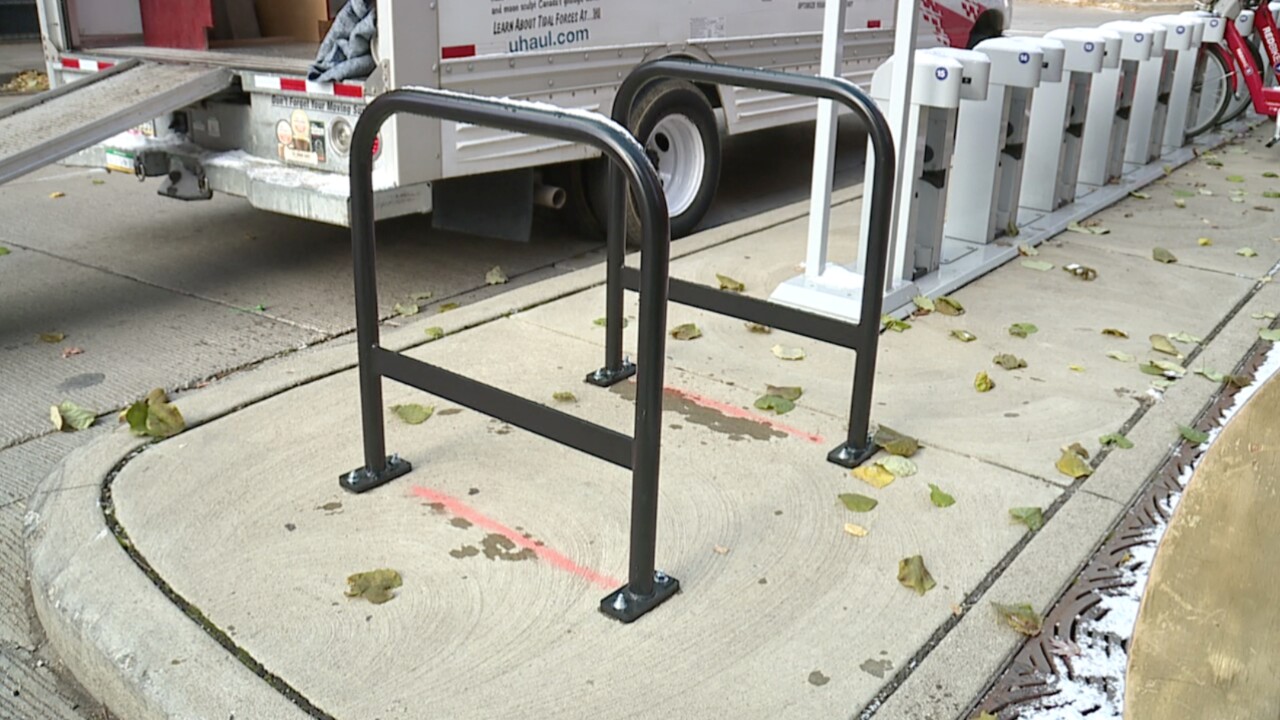 CINCINNATI — The city is poised to accept a donation of 2,000 brand new, free parking spaces throughout its 52 neighborhoods, but car drivers aren't the ones who will benefit -- at least not directly.

On the heels of donating 600 bike "staple" racks -- the name referring to their staple-like shape -- to cities in Northern Kentucky's Campbell and Kenton counties, the Devou Good Project, a Covington-based nonprofit, has offered to provide up to 1,000 of the same, dual-bike parking racks to the city.

The racks, plus five free-to-use bike repair stations included in the donation, total roughly $150,000 given to Cincinnati.

City Council's Budget and Finance Committee Tuesday approved an ordinance accepting the donation. The full council is set to finalize the donation on Thursday.

Matt Butler heads up special projects for the Devou Good Project. His wife launched the nonprofit after they sold their family business, Signature Hardware, in 2016. Ever since, they've made it their full-time mission to give back -- including donating 500 bike racks to the city of Covington, another 100 to cities in Campbell County and -- once Cincinnati City Council approves the donation this week -- another 1,000 to the Queen City.

"After we sold the business, we transitioned to giving back full-time," Butler said. "This overall donation for the region is 1,600 bike staples, which will hold two bikes each, which is 3,200 free parking spaces created." With Cincinnati's 1,000 new bike racks, that will create approximately 2,000 new free bike-parking spaces throughout the city.

As WCPO previously reported, Butler's bike-rack donations began this summer, giving 500 to the city of Covington. The first to go in was a new rack right outside Moonrise Doughnuts in the south Covington neighborhood of Latonia. Bike advocacy group, Ride the Cov held a ribbon-cutting in June.

"I'm glad it's here," said Moonrise owner Keith Bales. Beyond his own desire to be able to ride his bike to work every day, he said it fits the long-standing walkable and bikeable nature of his home neighborhood.

"I've lived in Latonia my entire life," he said. "It has always been this way. The bike racks add to the necessity of us being a pedestrian- and bike-friendly neighborhood."

That neighborhood feel is what Bob Deck, a managing partner with Cincinnati-based bar and restaurant group 4EG, has built his brands around and hopes to leverage with more bike parking at his group's various locations.

"The hospitality industry is a very communal industry," Deck told WCPO. "When you talk about pedestrians and people walking and riding bikes and bike lanes and paths, I feel like it just fits with what we do."

4EG owns and operates multiple bars and restaurants stretching from Covington to Hyde Park, including Igby's, Righteous Room, Rosedale and Keystone Bar & Grill. Upon hearing word of Butler's bike rack donation, Deck immediately inquired about how to acquire some to install outside his businesses.

Deck said something like bike parking might seem like a simple amenity, but he hopes it goes a long way to making more visitors feel welcome.

"Not having it basically almost eliminates that person even coming to your establishment because they have to find somewhere to lock up. It wouldn’t be difficult necessarily, but it could be awkward," he said. "I think putting them in and talking about it brings more awareness to it. People realize they can actually ride their bikes to your place."

The city's Department of Transportation and Engineering is currently reviewing requests and potential locations to install the bike racks over the next year.

Butler asked that those who would like a new bike rack near their home or business be patient.

"We have a lot of pent-up demand," he said. "We have about 15% of the staples installed in Covington, and so business owners are seeing other business owners receive them and they want to know, ‘When am I going to receive my staple?’"

Those in Cincinnati interested in receiving a bike rack near them can submit a request at the city's website here.