Over next 10 years, Metro plans to drastically increase number of benches, shelters at bus stops

200+ bus stop shelters in the works 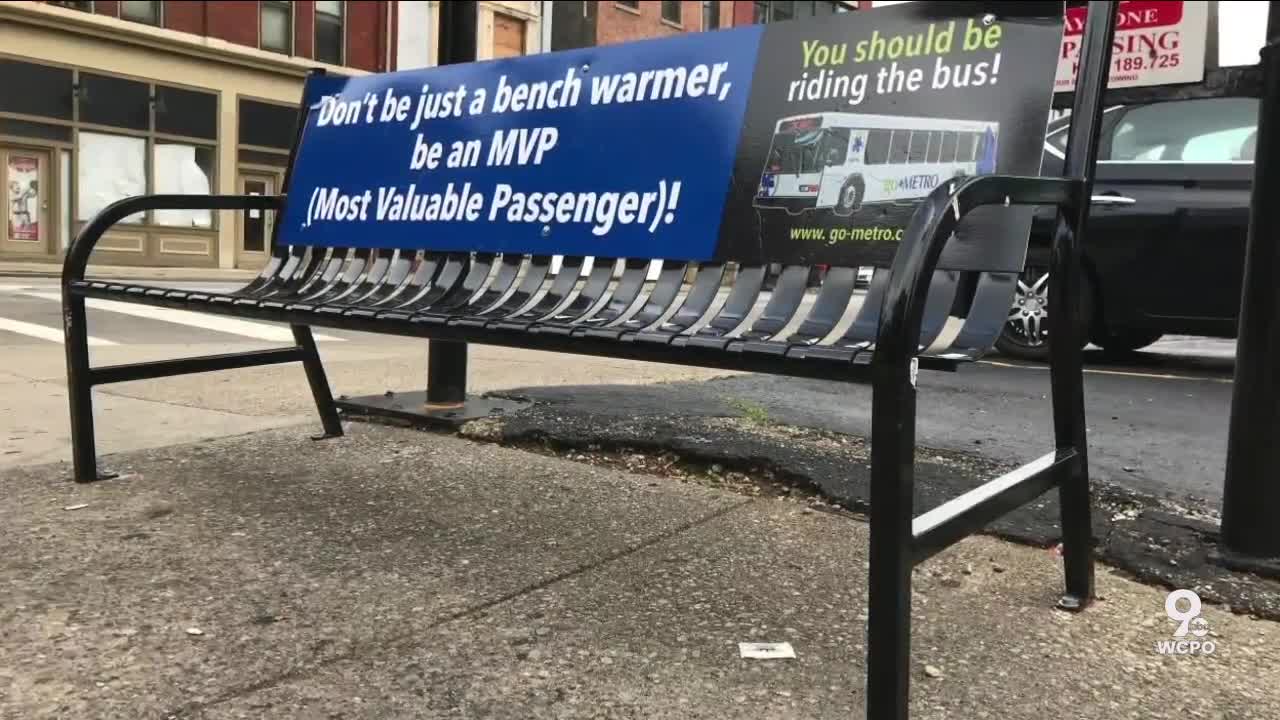 The transit agency announced this week it will partner with advertising firm, Adsposure, to finance the installation and maintenance of 400 new bus stop benches and more than 200 new bus stop shelters across Hamilton County over the next 10 years.

The transit agency announced this week it will partner with advertising firm Adsposure to finance the installation and maintenance of 400 new bus stop benches and more than 200 new bus stop shelters across Hamilton County over the next 10 years. The agreement includes the firm investing $3 million to purchase and install the new benches and an additional $5 million to maintain them over the course of the contract.

For Better Bus Coalition President and daily Metro rider Cam Hardy, it was an announcement he's been waiting years to hear.

"It was one of our very first projects," Hardy told WCPO Tuesday via a Zoom video call. "(It was) something that we identified that would be a very easy sell and would appeal to people who might not ride the bus every day."

In July 2018, the grassroots transit advocacy group began constructing small wooden benches to place at bus stops where riders had expressed an urgent need for one. An I-Team investigation later that year showed that only a nominal percentage of Metro bus stops provided a place for riders to sit and wait for their bus. The shortage of seating and shelter at its more than 5,000 bus stops across the county has escalated since the city of Cincinnati began removing existing but under-funded and deteriorating benches in 2013.

"I ride the bus with a lot of elders, a lot of mothers, people who are commuting to grocery stores, things like that," Hardy said. "It's like one day (the benches) were there; the next day people were starting to see them removed... So we decided to create our own."

Last summer, the City Planning Commission approved a new all-metal bench design -- in contrast to the wood-and-concrete benches that were installed previously -- along with new guidelines for where on city sidewalks they could sit. Soon after, Metro installed an initial round of 50 benches.

The hope then was that advertising revenue could pay for those initial 50 as well as more benches down the road. Monday's announcement suggests that hope could become a reality.

"We, for years, have heard from our customers that they want a safe and convenient place to wait for their bus," said Metro spokeswoman Brandy Jones.

Jones said Metro expects to see the new benches and shelters popping up around the county by this fall.