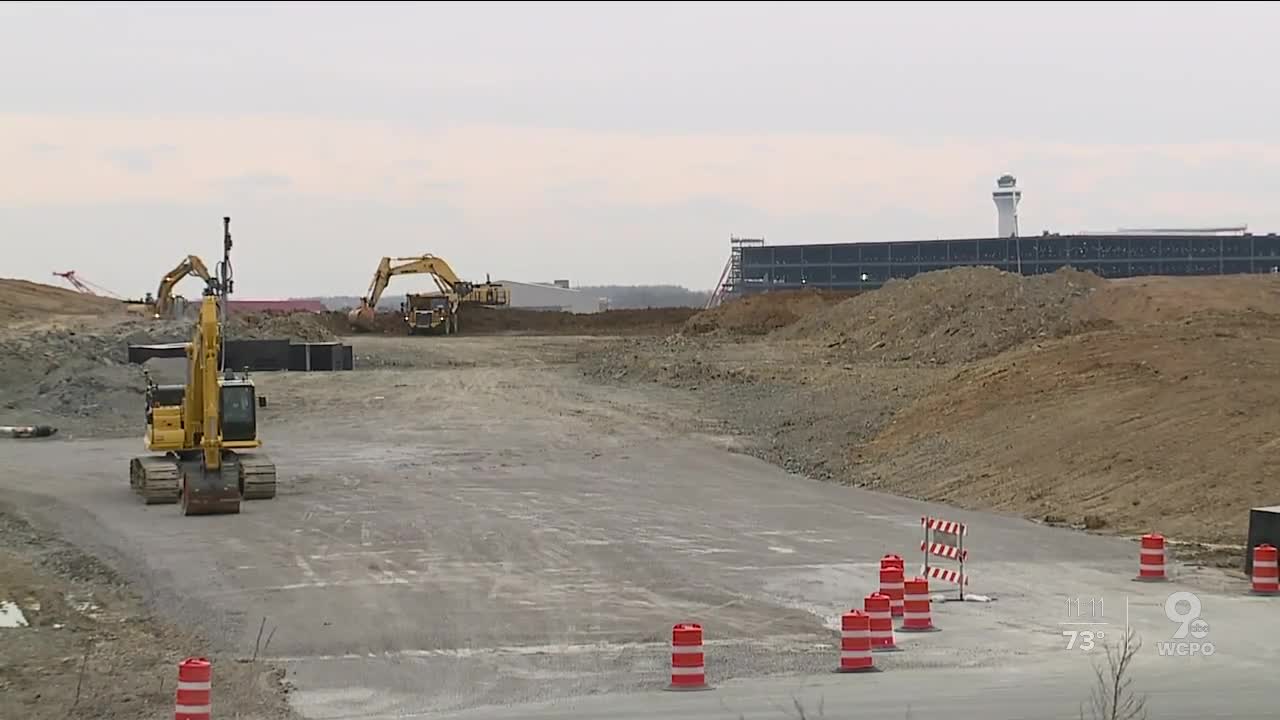 A class action lawsuit has been filed for Northern Kentucky homeowners near the Amazon air hub construction site at CVG who say blasting at the site has caused damage to their homes.

BOONE COUNTY, Ky. — A class action lawsuit has been filed for Northern Kentucky homeowners near the Amazon air hub construction site at CVG who say blasting at the site has caused damage to their homes.

That complaint, filed in the Boone County Circuit Court on Tuesday, would allow any homeowner within a one-mile perimeter of the Amazon air hub to seek damages. A judge will have to rule whether it will be class action.

Philip Taliaferro, a Covington attorney for 58 years, knows what he’s up against. He said the class action case is the biggest he’s ever taken.

“I have for over 50 years represented the residents of Boone County when the airport would take their property,” he told WCPO. “I think the biggest case I had was 80 acres. This is not like it. It’s 920 acres. It’s a big deal."

Taliaferro has teamed up with Cincinnati attorney Ron Parry for the case. Their suit claims blasting at the construction site has caused damage to nearby homes, as well as homeowners claiming dust, dirt and noise as a nuisance.

“You have this much dust, this much dirt, this much noise. Breaking parts of your house. Upsetting everyone. I’ve never had or seen anything like this before,” Taliaferro said.

The suit also states that those working on the Amazon project have "been well aware of these conditions for many months."

"Nevertheless, the Defendant has continuously failed to control the conditions created by its subcontractors and other workers at the Amazon project, thus acting in a grossly negligent manner with reckless indifference for the rights of surrounding property owners," the suit states. You can read the full complaint in the viewer at the end of this article.

WCPO first reported on blasting in February when homeowners complained of damage to their homes that they say was caused by blasting. Later, state documents released to WCPO showed a history of citations and inspections of companies working at the site.

“We want to make sure they understand the impact this has on the community, your home, business and life,” Moore said at the time.

But it didn’t work. Now, homeowners like Richard Ison of Burlington say they’ve exhausted all their options.

“You call the city officials. They say they’ll try to help. They contact Amazon and Kokosing (Construction). Nobody can seem to get anything done,” Ison said.

Taliaferro said homeowners and officials, whose complaints so far have gone unanswered, are taking action as a “last resort.”

“They’ve tried to do whatever they can to help our citizens, but when these big companies do what they want to do when they want to do it — and they maybe feel like they can get away with anything,” Taliaferro said. “And they sure have done it, in our opinion.”

“With all the complaints made to the state, county, airport and Amazon, I’m confident it will be a class action lawsuit,” Taliaferro said.

WCPO has reached out to Whiting-Turner/Kokosing Joint Venture for comment and will update this story when we hear back.

Read the entire filing in the viewer below: