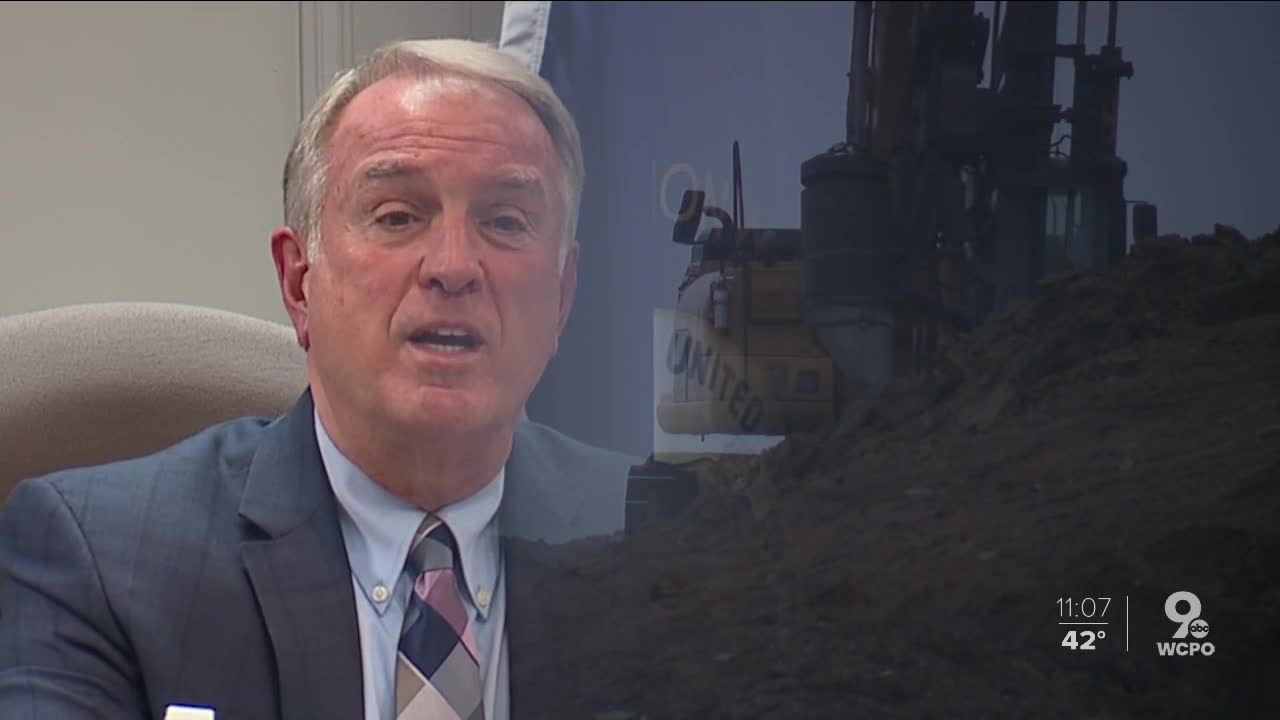 A Northern Kentucky lawmaker is asking Amazon to stop blasting at its air hub construction site at CVG, but Boone County residents are worried months of blasts have already done lasting damage to their homes.

BURLINGTON, Ky. — A Northern Kentucky lawmaker is asking Amazon to stop blasting at its air hub construction site at Cincinnati/Northern Kentucky International Airport, but Boone County residents are worried months of blasts have already done lasting damage to their homes.

Although Amazon's subcontractor has permits to keep blasting through October for its second phase of construction, Judge Executive Gary Moore will formally ask the company to discontinue blasting at the site in a letter to be sent from his office Wednesday.

“I’m asking, what is the urgency? Why not find other methods to remove the rock, and construct the rest of the building with no blasting or limited blasting?” Moore said.

After people who live near the site complained, Moore met with an Amazon representative who offered data about the blasting levels and dates, something Moore called “a step forward.”

However, what those records disclose may not be enough for some homeowners. John Mura with the Kentucky Department of Natural Resources, the state agency which oversees blasting permits, said there’s no requirement for a blasting contractor “of this type” to use or keep seismograph records.

“With that said, I don’t think that’s enough. We’ve asked them to do more,” Moore said.

At a Boone County Fiscal Court meeting Tuesday, McDaniel said she’s happy to see the development in her area, but not at the expense of dozens of surrounding homes from Burlington to Walton.

In May, nearly 120 home and business owners received notices stating their structure was within the 1,500-foot blasting zone. Some opted to have their property inspected then, but the homeowners outside the blast zone, who were given no warning, could be stuck with thousands of dollars in damage.

Two weeks ago, the county asked residents to look into getting their homes inspected.

“They said, ‘Why don’t you pay $500-$700 to get your home inspected?’ I was offended by that. Why doesn’t Amazon have the money to have my home inspected?” she asked. "Who’s to say if I pay that money, Amazon would own up to the difference in it, or even look at the home inspection?”

McDaniel’s biggest concern is that blasts have damaged underground sewer or geothermal lines, things a home inspector may not be able to see.

She says an end to the blasts would be “a light at the end of the tunnel” for her, but it may have come too late.

“What happens if my sewer line has been knocked out of joint? In a couple years, who’s going to eat the money to fix that? That’s going to be me,” she said.

WCPO 9 News has requested all blasting records from both the Amazon site and the Walton site WCPO first reported on earlier this month. Those records will be available by the first week of March. Check wcpo.com for more updates.