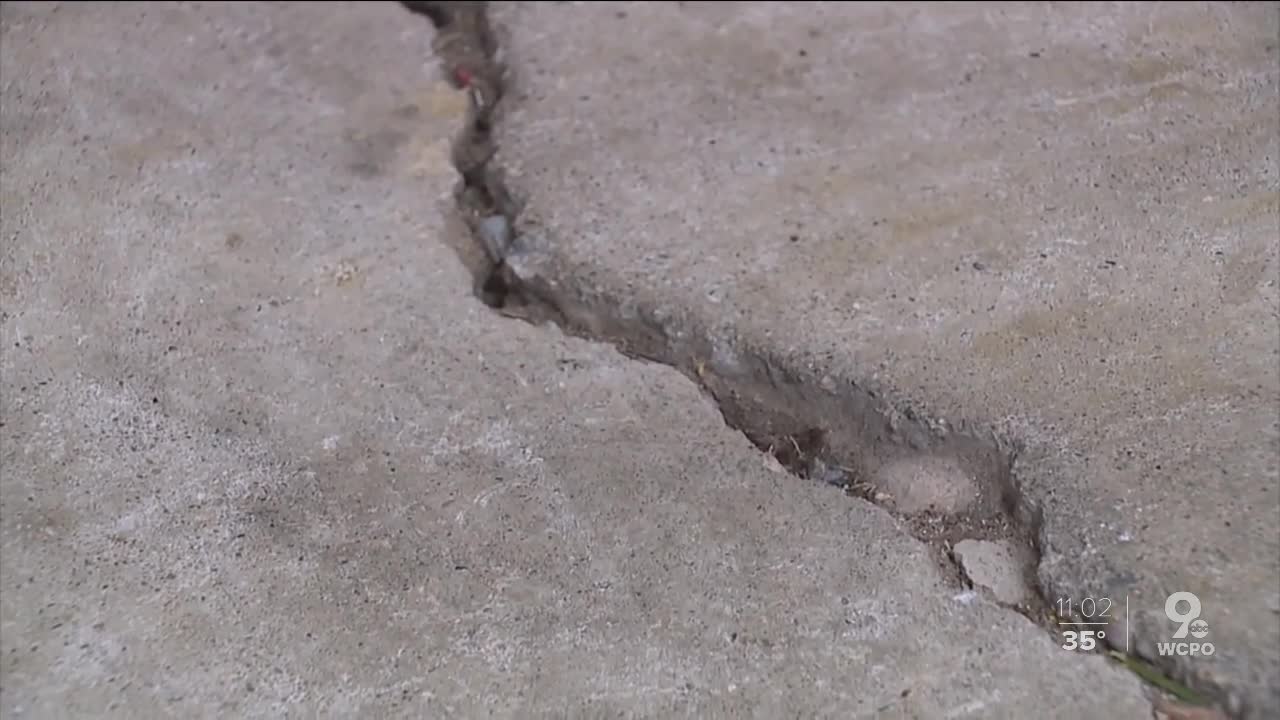 Less than a mile away from where the foundation for Amazon's air hub is being poured, A &amp; B Heating &amp; Air president Don Jones said the foundation of his business on Commercial Drive is crumbling.

BURLINGTON, Ky. — Less than a mile away from where the foundation for Amazon's air hub is being poured, A & B Heating & Air president Don Jones said the foundation of his business on Commercial Drive is crumbling.

"In October, when this all started, we couldn't even access our door," Jones said.

That door eventually had to be replaced. Jones said he believes a host of other recent property problems — shifting concrete, damage to the loading dock and a separating interior wall — could have all been caused by blasting at the nearby Amazon air hub construction site in mid-to-late 2019.

"This would occur frequently — every day around 1:50 and 5:30," Jones said. "You could guarantee your building was going to rock at those times of the day."

John Mura, a spokesman for the Kentucky Energy and Environment Cabinet, said four seismographs were set up at strategic areas close to the construction between Nov. 13 and Dec. 19, 2019. They found that none of the blasts exceeded regulatory limits.

Jones said he believes the worst of the damage happened before that.

"They (the blasts) started lightening up more after December," he said. "They were very heavy in September, October, then the first part of November."

He kept logs, marking down cases when he noticed his buildings shaking hard. He cataloged nearly 50 blasts with accompanying descriptions of the building shaking nearly every day from Sept. 30 to Oct. 20.

"I wrote them down, but I quit writing," Jones said.

Some homeowners as far as two miles away from the blasting site have also reported damage they attribute to the blasting. Burlington resident Greg Litmer said his home of 19 years is among the buildings affected.

"This brick wall has completely separated from the other brick," Litmer said. "It's left a big opening all the way down from the ground all the way up."

Mura said how a home responds to construction-related demolitions depends on several factors such as the type of blasting operation, distance from the property and the weather. He added that the cabinet assumes no damage if blasts are under regulatory thresholds.

Seismograph readings show that was the case from mid-November through December.

Pittsburgh-based construction contractor Trumbull, one of multiple firms working on the project, holds the blasting permit through July 15.

Residents in the area who believe they may have suffered damage should contact Cassandra Mahoney with the state Division of Mining Reclamation and Enforcement by sending an email here or calling 502-782-1051.