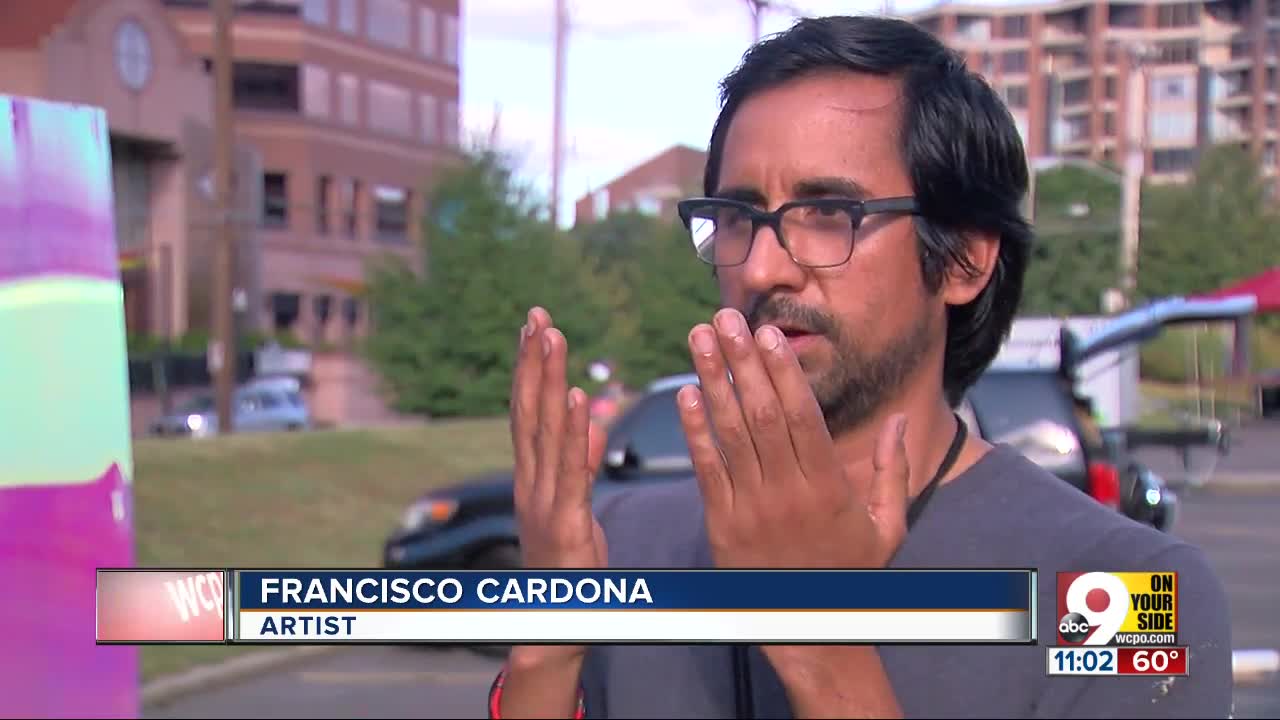 The excitement was especially palpable in Covington, which didn’t participate in the event’s original 2017 incarnation. As organizers scrambled to get the site back online, business owners prepped for crowds and artists put the finishing touches on their displays.

COVINGTON, Ky. — How much hype has BLINK generated this year? Enough to crash its website on the night before the show, according to the event’s official Twitter account.

The site collapsed around 10 p.m. under the weight of “hundreds of thousands of people excited about BLINK rushing the website,” organizers wrote in a direct message to WCPO. Its homepage still redirected to a 404 error at midnight.

The excitement was palpable in the real world, too — especially in Covington, which didn’t participate in the event’s original 2017 incarnation. As organizers scrambled to get the site back online, business owners prepped for crowds and artists put the finishing touches on their displays.

“Being able to represent Kentucky is kind of dope,” artist Francisco Cardona, who traveled from Lexington, said.

RELATED: Here's what will be new when the light and art festival returns

Cardona recalled attending BLINK in 2017 at a friend’s suggestion. What he saw there left him awestruck, he said.

He made a decision then: “I’m going to be in this festival the next time it happens. Like, doesn’t matter what I do, it’s going to happen.”

His installation, “Lumen Wall,” is one of over 20 set up to shine in Covington over the weekend. The 16-foot-long wall sports 144 LED lights that pulse and shimmer in response to sound in the surrounding area.

“When you’re standing in the center of it, your whole field of vision is just light show,” he said. “I want people to kind of feel motion. As the lights are kind of pulsing in and out, you kind of feel like this sense of moving.”

RELATED: Police seriously don't want you to BLINK and drive

It took three months to create, he added. He and a crew spent Wednesday night preparing it for the moment of truth.

Bill Whitlow, who own’s Rich’s Proper Food and Drink on Madison Avenue, spent it bracing for an influx of customers.

“We had to bring in a lot more product,” he said. “Everybody’s working overtime. Everybody’s just ready for a long weekend.”

It’s a good problem to have, he added. Covington is growing already. Whitlow is hopeful that BLINK will bring the city more visitors, more exposure and more commerce. His bar will have glow sticks for drinks and glow wands for customers when they come.

"It's a blessing,” he said. “This is just a huge opportunity for BLINK to be a part of something huge."