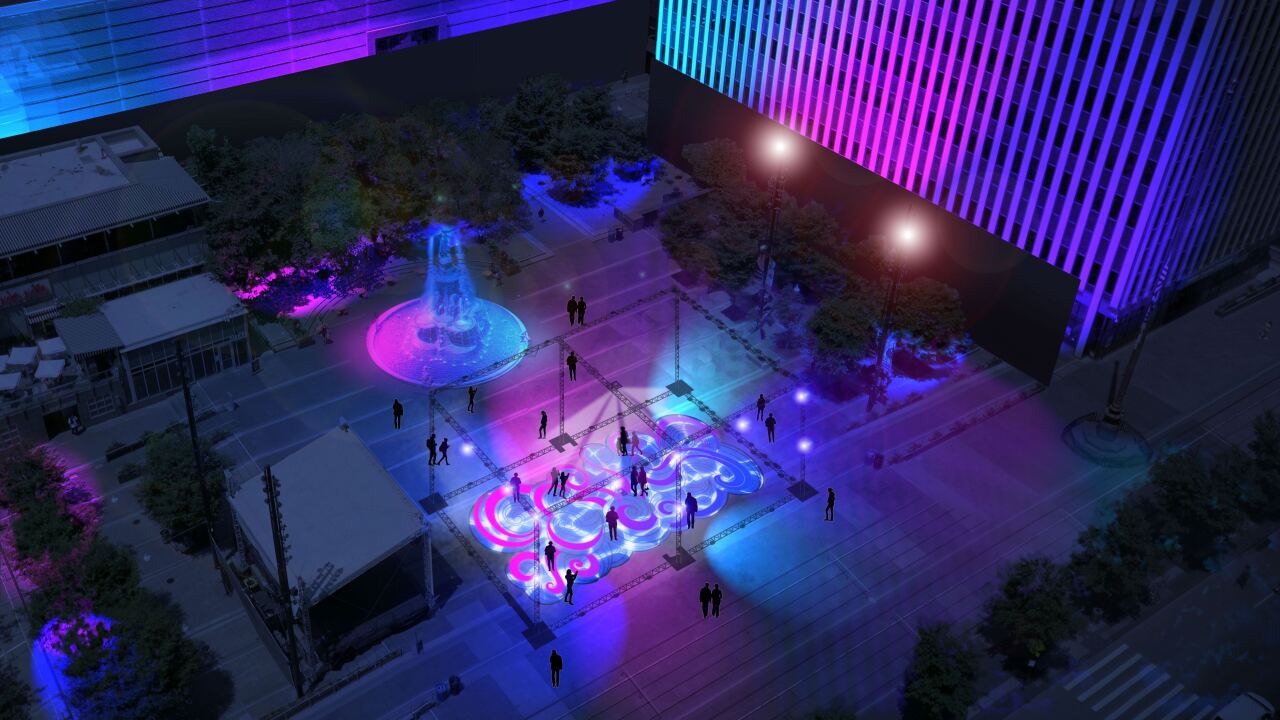 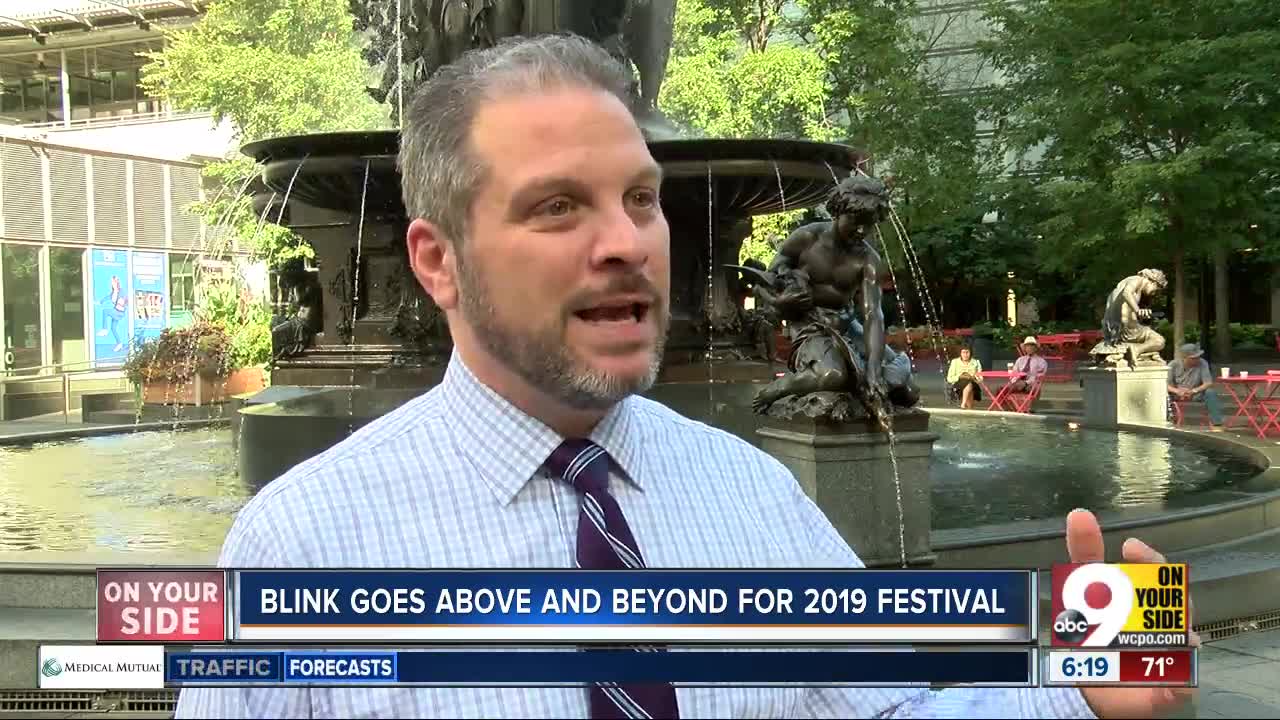 CINCINNATI — The Genius of Water will truly shine on Fountain Square thanks to Fifth Third's One67 Innovation team.

Sackin and his team have spent weeks designing one of the centerpiece light projections for next month’s BLINK Light and Art Festival. That work has included building a scale model of Fountain Square in order to visualize how the Fifth Third-sponsored art installation would fit and look on the square.

What the Fifth Third team came up with is unlike most of the 30-odd other light projections that will make up the heart of BLINK from Oct. 10-13. Sackin said Fifth Third’s installation will project down onto a space in front of the Genius of Water fountain rather than projecting light up and onto the side of a building.

He added the installation will be interactive and immersive.

Brendon Cull is the chief operating officer for Cincinnati USA Regional Chamber, one of the local organizations that launched the first BLINK in 2017 in partnership with AGAR, Artworks, the Haile Foundation and Brave Berlin. The same group is behind BLINK's return this year.

“I mean we are just so excited about BLINK,” Cull said on Wednesday. "We’re standing here on Fountain Square. In two weeks and a day there’s going to be thousands of people here experiencing this really incredible installation that Fifth Third has helped sponsor.”

He added the Fifth Third installation, which is being designed in partnership with Brave Berlin, is a testament to the number of creative and supportive local organizations that pitched in to make BLINK better than it was two years ago.

RELATED: Here's what you'll see (and do) at BLINK in Cincy and Covington this year

“We are so lucky in Cincinnati that our community has stepped up in such a big way to make BLINK happen,” Cull said.

He went on to thank this year’s major sponsor, ArtsWave, along with Procter & Gamble, Macy’s, Corporex, Skyline and Kroger.

When asked if he could describe what this year’s BLINK experience will be like, Cull gave two answers.

Cull then described BLINK in terms of the emotions he hopes it will invoke in visitors instead of detailing the light projections, murals and art installations that make up the festival.

“The best part about BLINK is that it is an experience that you have to be here to just be able to feel,” he said. "And it comes with standing on a street corner next to someone you don’t know and experiencing art and culture and your city in a new way.”

Cull did promise, though, that this year’s BLINK will be a totally different experience than BLINK 2017.

"There are very few of the same buildings (featured in light projections),” he said. "If they are, they are different installations.”

This year’s festival will also be bigger, growing from 20 to 30 blocks compared to 2017.

BLINK 2.0 will still include the festival’s original four zones — the Findlay Market area of Over-the-Rhine, the rest of Over-the-Rhine south of Liberty Street, the Central Business District and The Banks. It will also spill over into Covington from the Ohio River all the way to Pike and Seventh streets along Madison Pike.

BLINK organizers previously announced they would incorporate the historic John A. Roebling Bridge as mammoth light projection that will connect Cincinnati and the additional zone. The installation, “Rumble” will incorporate light, natural sound and an original score to bring the bridge to life.

“The Roebling Bridge is going to be something I don’t think anybody will ever forget as long as they live,” Cull said. "It’s going to be wonderful.”

On Thursday organizers revealed a few more surprises that they promise will also wow attendees.

“Everybody is all hands on deck right now getting ready for what will happen in just two weeks,” Cull said.

For more information and details about the festival visit blinkcincinnati.com.